"When Pat got here, it was when everything kicked off. It was pretty incredible what he got done in those few years."

Ultan Dillane was handed his Connacht senior debut by Pat Lam in December 2014. It was the second season of Lam's tenure with the western province and he ensured they qualified for the following year's Heineken Cup before setting the club's sights on greater deeds in 2015/16.

When Lam arrived at Connacht in 2013, he set out his lofty ambitions to make them the best Irish province within five years. While many would have scoffed when Connacht finished 10th and 7th in his first two seasons in charge, by the end of season three Lam had achieved his goal.

END_OF_DOCUMENT_TOKEN_TO_BE_REPLACED

Connacht won a crucial match against Munster to all but confirm second place in the 2015/16 standings before beating Glasgow Warriors in a semi at The Sportsground and Leinster 20-10 at Murrayfield. 15-0 down at half-time, Leinster barely laid a glove on Lam's men. Connacht landed several...

Last weekend offered Connacht fans a chance to re-live that 2016 Guinness PRO12 final win over Leinster. TG4 has been replaying classic rugby matches - as well as GAA and soccer - since the Covid-19 pandemic forced a cancellation of live sport.

Connacht fans eagerly tuned in to transport themselves back to a time where their expansive brand of rugby took down the big dogs and when Leinster actually lost rugby games. For some of the men that played that day, too, it was a great refresher:

Can’t wait to relive this day tonight on ⁦@TG4TV⁩ can’t believe I’ve never went back and watched the whole match. Will be nice to relive this moment. What day, what a team, what a season!! #pro12 #2016 #connachtrugby ⁦@connachtrugby⁩ pic.twitter.com/QOH87UsfcK

END_OF_DOCUMENT_TOKEN_TO_BE_REPLACED

Ultan Dillane, who is devoting some of his time during the enforced break in rugby to spread awareness of the good work being done by animal charity MADRA, told us he had seen the final before, and in quite unforgettable circumstances.

"Back around... Jesus, it feels like the golden days! I watched it the day after we won.

"So what happened was we played, we won and we flew straight back from Edinburgh to Knock Airport. There was a reception there and at 2am in the morning, there was a crowd of about two and a half thousand at the airport waiting for us.

"We all went up on this little stage, one by one, to hold up the trophy and get a bit of a cheer. It was nice. And, from there, the bus took us to Galway where, again, on that drive from Knock there were bonfires lit all along the road on the way up and fans just waiting for the bus to pass. So that would have been around after 3am.

"Then we got to the Blue Note bar in Galway around 3:30 or 4am and basically stayed there all night. We drank there all night and... what was your question again?!" 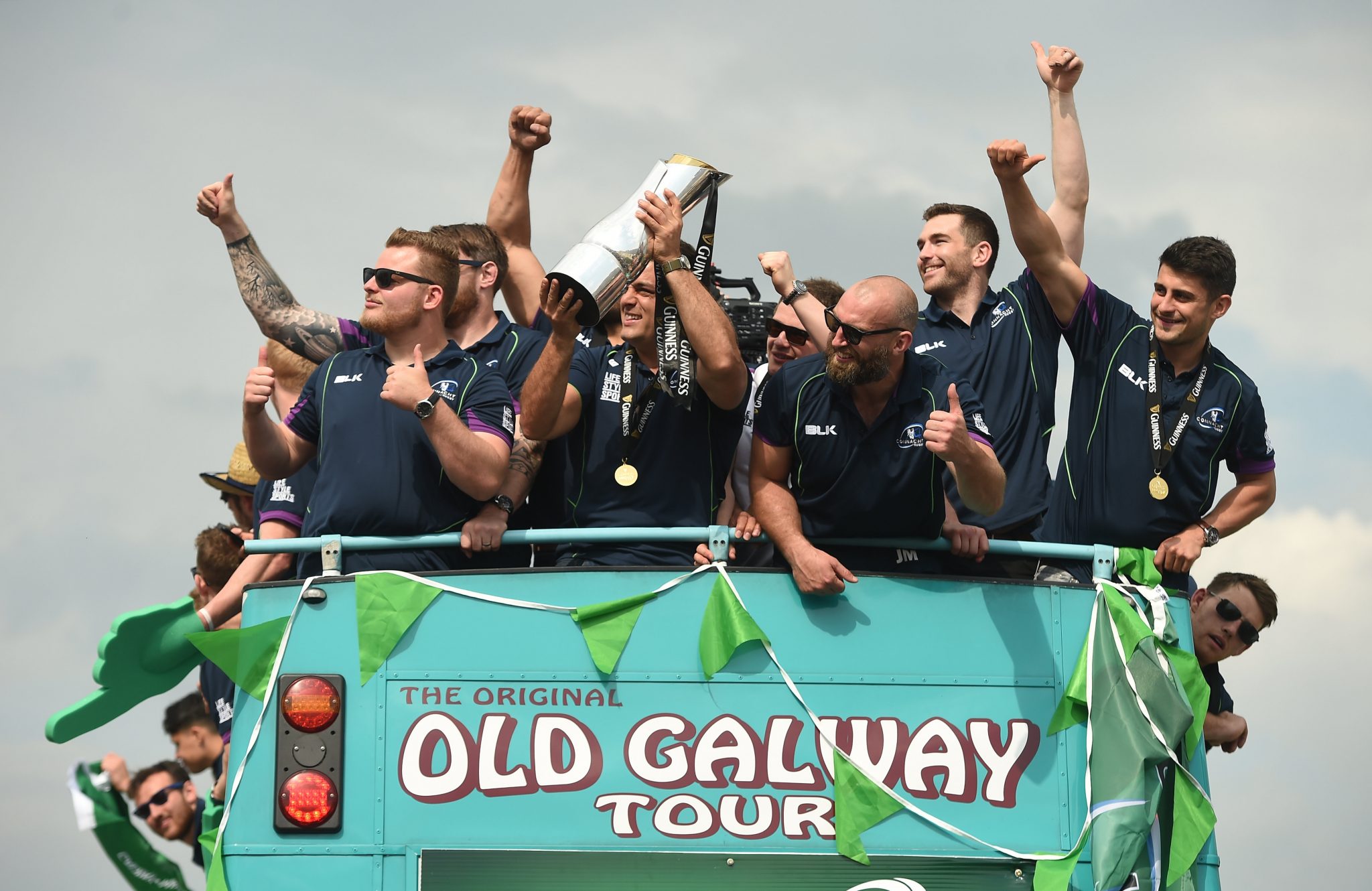 The celebrations lasted well into the early hours and while some of the squad drifted off for some shut-eye, Dillane and a of the younger crew were not for bed.

"As it got to about 10am that [Sunday] morning, we were still going and there had been no sleep yet, Myself and a few of the guys - Sean O'Brien, James Connolly, Conan O'Donnell - we ended up in The Dew Drop, this small pub on the corner and at the end of Shop Street. The owner got us breakfast rolls, probably to try keep us there! Guinness and breakfast rolls, and he put the game on. He had it recorded and stuck it on for us.

"So within 24 hours of us winning the game, we were watching it all back with breakfast rolls and pints of Guinness. It was pretty cool."

Sense prevailed when the full replay of the game wrapped up and Dillane and his teammates strolled to their homes for a power-nap before the celebrations kicked off again.

"We had a small nap and then we had an open-top bus tour at 2 o'clock in the afternoon," he says. "That was followed by another reception in town and that was attended by around 30,000 people. The weather was pretty cool too." 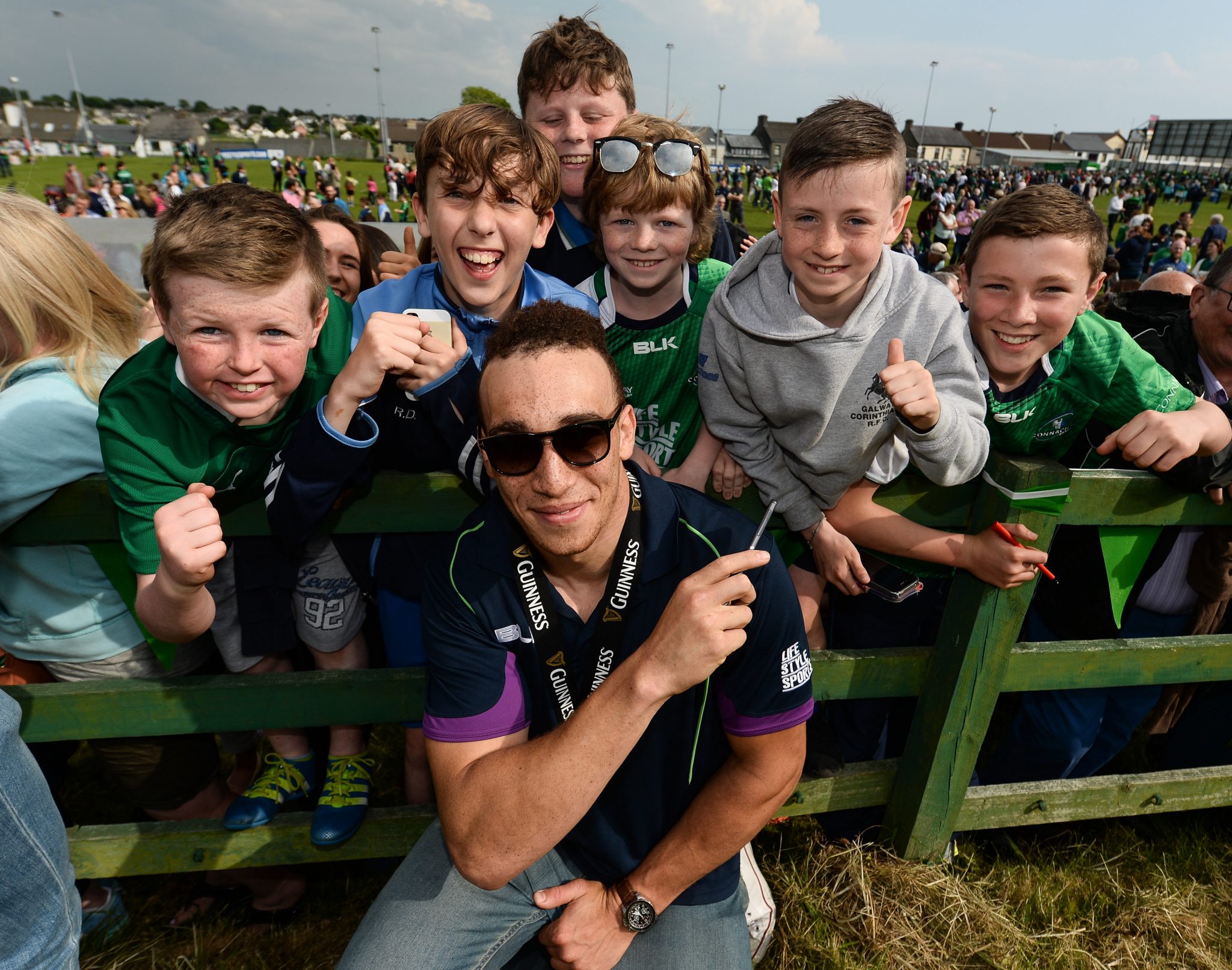 The squad rightfully milked the celebrations for a few more days before breaking up for their various summer holidays. Some of the squad - Dillane, Finlay Bealham, Kieran Marmion, Tiernan O'Halloran, Robbie Henshaw and Matt Healy - headed to South Africa with Ireland and there was more merriment after the First Test win in Cape Town.

The shame for Dillane, and all involved in Connacht, was that the PRO12-winning side would never play together again. That summer, AJ MacGinty, Rodney Ah You, Robbie Henshaw, George Naoupu, Fionn Carr and Aly Muldowney all departed. Connacht put in some big performances in Europe, the following season, but they could only finish 8th in the league. Pat Lam departed in the summer of 2017 and it marked the end of an era.

When the 2019/20 Guinness PRO14 season came to a halt, Connacht had the 6th highest points total and even though they are 4th in Conference B, a quick wrap-up of the season should still see them advance into next season's Champions Cup.

Dillane was having a fine season for the westerners and he was back in the Ireland picture under new head coach Andy Farrell. His focus, when rugby returns, is Connacht, Ireland and then the Lions Tour to South Africa next summer.

When he is not taking on the Connacht boys in online computer games, or working out with his brother and house-mate Dominic Roberston-McCoy, Dillane is checking in with the team at MADRA to see how their work with animals in need is going.

"Dogs have been a part of my life since I've been young, and I'm passionate about animal welfare," says Dillane. "Charities like MADRA have three sources of income - shops, fundraising events and donations. With Covid-19, the shops are closed and there are no events, they are completely relying on donations to continue the good work they're doing. They're helping people that may be affected with Covid to look after their dogs. Any donation at all could be huge for them."

For more on MADRA, or to make a donation, check out their website here.