Ulster not only outclassed Toulouse on Friday night but they made some history in the process.

For the first time ever, the French side failed to register a single point in Europe as Ulster rampaged to a 38-0 victory at the Kingspan Stadium.

Embarassing 38-0 loss for Toulouse, first time in history they fail to score a single point in Europe #Ulster #ChampionsCup 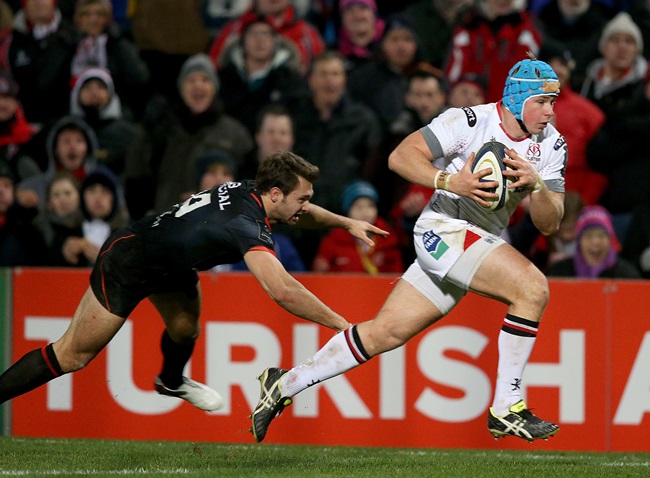 Nick Williams, Andrew Trimble, Luke Marshall, Stuart McCloskey and Chris Henry all touched down for the hosts with Paddy Jackson providing four conversions and a penalty.

Substitute Ian Humphreys scored the final conversion to round out an almost flawless performance.

Williams opened the scoring in the 22nd minute after powering his way over from a lineout with Jackson converting and adding a penalty to make it 10-0. 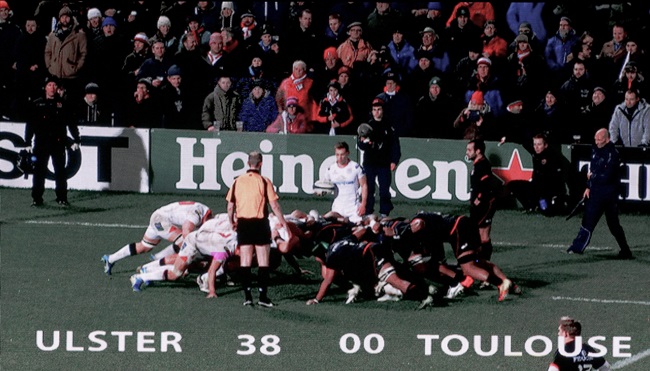 Ulster led 17-0 at the break after Trimble crossed and the lead was extended early on in the second when Marshall collected a Ruan Pienaar cross-field kick to give Jackson the chance to make it 24-0, which he duly did.

The bonus point arrived when McCloskey went over and the rout was completed with just minutes on the clock after Henry made it 36-0 and Humphreys added the extras.

The bonus point win gives a serious boost to Ulster's chances of qualification.


popular
The four stone-cold certainties for All-Stars even as early as this
"He's actually smiling putting the ball over the bar. He should nearly be fainting." - Ryall on Limerick's legacy
"The economy was one of the big reasons" - Cadogan's move from an electrician to personal training
Eamon McGee just couldn't help himself with Armagh-melee tweet
Gavin Coombes one of four Irish players to push themselves into Test picture
Full Ireland player ratings after Maori All Blacks teach us an early lesson
'Does not look too good' - Andy Farrell offers worrying injury update on Cian Healy and James Hume
You may also like
2 months ago
URC chief explains why Irish Interprovincial Championship was not revived
2 months ago
"This seems to happen a lot with Ulster" - Six days that changed everything
2 months ago
Former Ulster and Springboks star Pedrie Wannenburg dies in car crash, in Texas
2 months ago
"Exceptional" Jack O'Donoghue and Alex Kendellen shine as Munster topple Ulster
2 months ago
Antoine Dupont sets sights on "immense challenge" against Munster
1 week ago
"I was never supposed to be here" - Emotional Ellis Genge reflects on Leicester's league triumph
Next Page