The reigning European champions are wary of a wounded Ulster side, with a point to prove.

La Rochelle's versatile back, UJ Seuteni says his side are gearing up for a fired-up Ulster side coming to Stade Marcel Deflandre, this weekend.

Dan McFarland's side have a seat nearest the door at the last chance saloon, this weekend, as they travel to France to take on a side that are keen to double down on their cup-winning success in Marseille, last season.

END_OF_DOCUMENT_TOKEN_TO_BE_REPLACED

While Ulster were stumbling to their fifth loss in six games, against Benetton Treviso, at the weekend, Stade Rochelais were blitzing Toulouse at a home ground they are on course to sell out for an 80th straight time. Up next for the reigning champs are an Ulster side they roughed up in Dublin before allowing them to creep back into the picture with a second half comeback.

During his press briefing at Stade Marcel Deflandre, on Wednesday, UJ Seuteni was conversing in French with local reporters when he could not find the right phrase. Instead, the Australian-born Samoa international switched to English.

"When someone is drowning, usually they can take someone with them."

The inference is that Ulster are flailing in the Champions Cup and are a dangerous prospect because they will be going for broke, trying to cling on to any qualification hope.

"Ulster have nothing to lose," UJ Seuteni clarified.

"They have everything to motivate them, to come here and try to make a hassle of things. We spoke (earlier) about how our game against them got moved to the Aviva Stadium and we were allowed a few supporters in, and whatnot. I guess they've got all those frustrations from that game, coming here to make a mess of things." 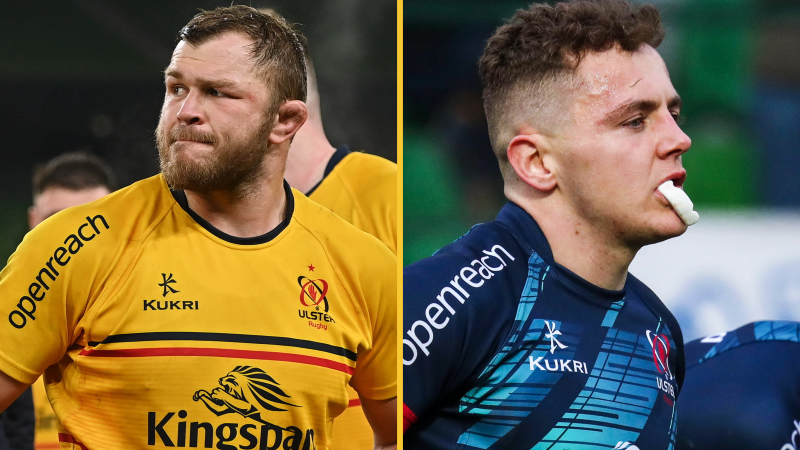 END_OF_DOCUMENT_TOKEN_TO_BE_REPLACED

The controversy around La Rochelle's 36-29 victory over Ulster, back in December, stemmed from the EPCR stating, 24 hours before kick-off, that Kingspan Stadium's pitch was not safe to have a game played on it.

There is an investigation due over that decision, with Ulster in line for a financial hit if the tournament organisers finding the province had no effective contingencies for freezing weather. What further rankled Ulster, that weekend, was about 160 Stade Rochelais 'officials' being allowed at Aviva Stadium to cheer their side on.

Former Connacht lock Ultan Dillane, who is enjoying a positive first season in France, feels his new side allowed Ulster wriggle off the hook in their first encounter.

"We've got to rectify that drop-off (from Dublin) and put in a full, 80-minute performance," he says.

"Beating Toulouse obviously makes the team environment feel better," Dillane adds, "but, the second the game finished, yes, everyone was happy and smiling but we were also thinking, 'Let's not get too carried away here. We have two big games in two weeks and we need to be extremely focused on what's coming."

Asked for particular Ulster players Dillane may have flagged to his teammates, he remarks, "I don't think I have to. We do have two good Irish coaches (Ronan O'Gara and Donnacha Ryan) here that know them as well as I would.

"We know the calibre of what we'll be up against, and we know how huge the Champions Cup is for all the Irish sides. It won't be a walk in the park."