"The rest is up for grabs."

Stephen Jones feels six players are on-course for Lions Test starts, but notes Sam Simmonds could yet force himself into the picture.

This time next week, we will all be reflecting on the British & Irish Lions tour opener... in Edinburgh of all places.

Warren Gatland's side have been on the island of Jersey all week for the first week of training camp before, at the end of this month, they fly out to South Africa for an eight-game tour. 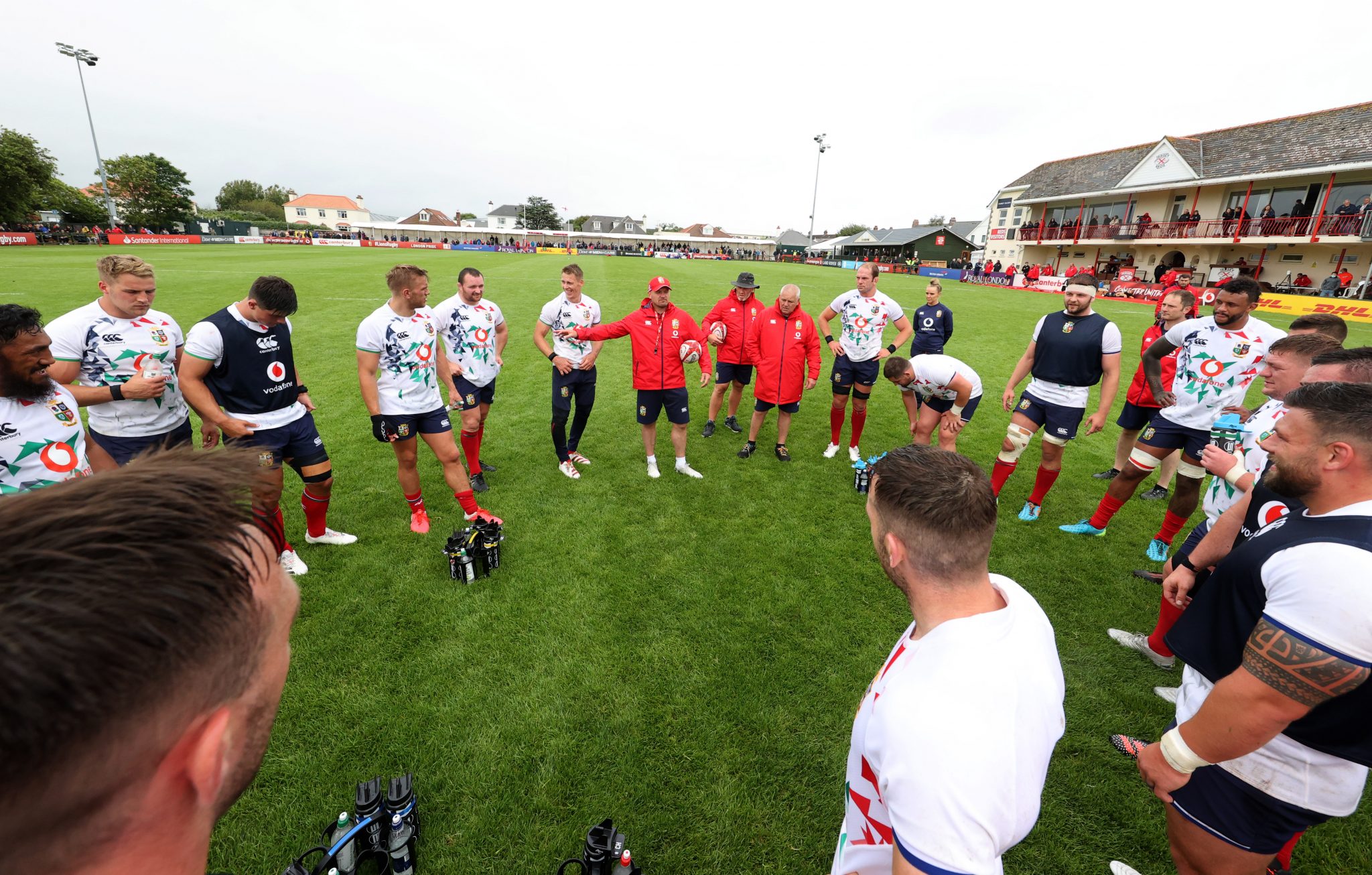 The Premiership semi-final defeats for Sale and Bristol mean Tom Curry and Kyle Sinckler will be the next two lads to join up with the squad, early next week. Finn Russell won't be far behind after La Rochelle beat his Racing 92 side in the Top 14 semis.

END_OF_DOCUMENT_TOKEN_TO_BE_REPLACED

All five Saracens players will be part of training camp too, not long after they clinch promotion from the Championship [they lead 60-0 from the first playoff leg]. The only players definitely out of the Lions vs. Japan game, next Saturday, are Exeter's Stuart Hogg, Luke Cowan-Dickie, Jonny Hill and Sam Simmonds.

While we have selected six Ireland players in the Lions' starting XV for next weekend, Gatland will already be planning towards the XV for the First Test against the Springboks, in late July. The Kiwi only has five warm-up games in South Africa to prepare for the Test Series against the world champions, so he may already have 12 or 13 of a preferred starting line-up already settled in his head.

For veteran rugby correspondent Stephen Jones, the Lions head coach only has six "nailed-on" Test starters - one of them is captain Alun Wyn Jones, while two are Irish. In his latest column for The Times, Jones writes:

'At this distance, those nailed on for the series are relatively few. Up front, Tadhg Furlong, Alun Wyn Jones, Curry and — bar a typical set of surges from Simmonds — Taulupe Faletau would be warm favourites.

'Behind the scrum, Liam Williams will surely be the choice full back and Robbie Henshaw has a lead over his rivals at inside centre. The rest is up for grabs.'

END_OF_DOCUMENT_TOKEN_TO_BE_REPLACED

Jones feels Williams is surely getting the No.15 jersey, but legions of Lions supporters would be certain Scotland's Stuart Hogg will get that brief.

In terms of other players primed to feature, Conor Murray is favourite to start at scrumhalf while Ken Owens is in pole position to get the No.2 jersey to face the Boks.

After that, it really is all up for grabs.


popular
Argentina reach World Cup last-16 with convincing win over Poland
Cristiano Ronaldo 'agrees £173m-a-year deal' with Saudi club
"Nowadays, even if I don't hit a ball, I don't care as long as we win" - Gleeson learning from the past
World Cup 2022 Day 11: All the major action and talking points
Thibaut Courtois warns teammates after leaks emerge from Belgium camp
Ronaldo finally reveals why he got that hideous haircut
Damien Duff makes 'brutally honest' England World Cup prediction after Wales win
You may also like
1 week ago
"Two Irish players are best in the world" - Rugby reacts to big Josh van der Flier and Terry Kennedy awards
1 week ago
Two baffling omissions as four Ireland stars make World Rugby 'Dream Team' of the Year
1 week ago
Josh van der Flier claims World Rugby Player of the Year at Monaco ceremony
1 week ago
"Highlight of my Ireland career" - Behind the scenes as Jack Crowley and Ross Byrne covered for a legend
1 week ago
Bundee Aki reminded us all of his best qualities, on a night Ireland couldn't do without him
1 week ago
Peter O'Mahony delivered some fitting Jack Crowley comments after surprise Test start
Next Page