One benefit of the ill-fated end to the PRO14 season is that the Scots, Irish and Welsh players are not being flogged up until departure day.

The first Lions XV of the 2021 tour schedule will have a very celtic feel to it.

While the Premiership and Top 14 competitions rage on, the PRO14 will finish up its run with a Rainbow Cup final between the Bulls and Benetton Treviso.

END_OF_DOCUMENT_TOKEN_TO_BE_REPLACED

For Warren Gatland and his coaching staff, the absence of any Scottish, Welsh or Irish sides from that finale is one less headache. Andrew Porter has already been lost to injury so Gatland can observe that final knowing the only players getting hurt will be with the Italian and South African sides.

This weekend will see Saracens finish up what looks to be a brief stay in the English Championship with an encounter against Ealing Trailfinders. In the Premiership, Exeter, Bristol, Sale and Harlequins are all in semi-final action.

Anthony Watson (Bath) and Courtney Lawes (Northampton) are the only England players in the 26-man training group this week, which has Leinster and Ireland's Ronan Kelleher in the camp as an additional hooker. Jamie George will link up with the squad after his final club game of the season with Saracens. 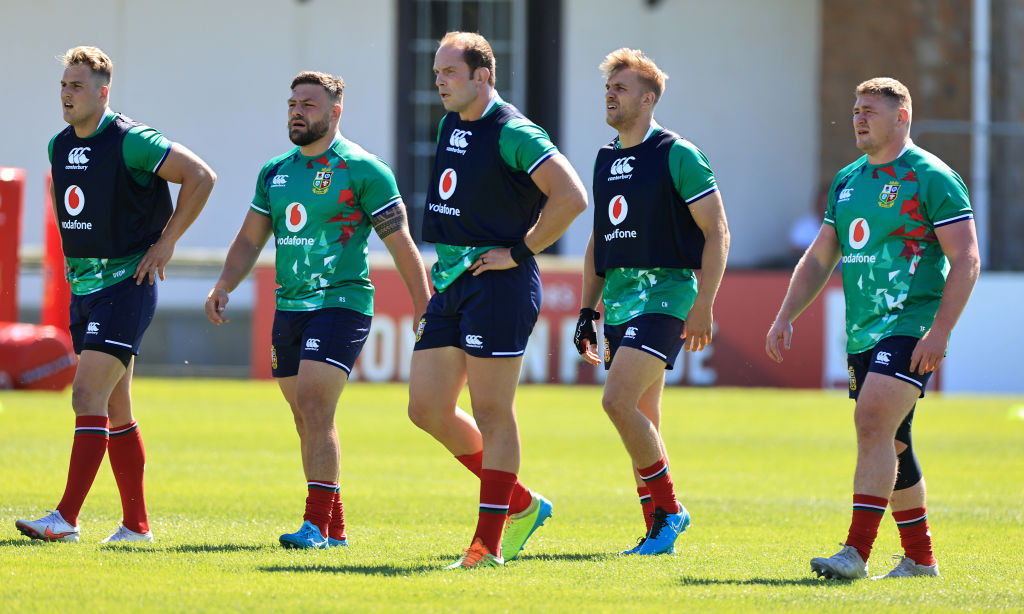 END_OF_DOCUMENT_TOKEN_TO_BE_REPLACED

It is unlikely, then, that many English players will feature in the June 26 warm-up game with Japan, at Murrayfield. Even the losing semi-finalists will be afforded a couple of days off before linking up with Gatland's squad.

The Kiwi is likely to select his first XV of the 2021 tour schedule with the players he currently has at his disposal. Even without much of their English contingent, the Lions can still field a strong team to take on Japan.

To demonstrate the talent at Gatland's disposal, Lawes, Watson, Josh Adams, Jack Conan, Justin Tipuric, Gareth Davies and Chris Harris are all missing out on starting roles in our XV. The breakdown is seven from Welsh, six Ireland stars and two Scotland players.

You may also like
4 days ago
Owen Farrell, Manu Tuilagi and 10 uncapped players in latest England squad
5 days ago
French media rave about Caelan Doris and 'Playstation rugby' from Leinster
5 days ago
Ronan O'Gara's La Rochelle stand in Leinster's way after semi-final grind
6 days ago
Somehow, we all may have underestimated Johnny Sexton
1 week ago
"He could be one of the world's best" - Sean O'Brien on rugby's latest speed demon
1 week ago
Picking the best sporting moment of the past decade is not simple
Next Page