Tommy Bowe reveals the two toughest wingers he has ever faced

The Welsh wizard and an All Blacks speed demon.

For the past decade, Tommy Bowe has pitted his wits against some of the finest wingers to play the game of rugby.

The Ulster and Ireland winger is his country's second highest try-scorer, behind Brian O'Driscoll, and will hope to surpass that mark [46] with some injury free years.

END_OF_DOCUMENT_TOKEN_TO_BE_REPLACED

Currently recovering from knee ligament surgery, Bowe spoke with SportsJOE about the wingers that tested him most on the rugby pitch.

He commented, "I would have to say Sitiveni Sivivatu of New Zealand was always an extremely difficult prospect to come up against.

"Sivivatu had that power but electric feet as well."

The 33-year-old, now with Clermont, scored three tries in three victories over Ireland, between 2005 and 2008.

END_OF_DOCUMENT_TOKEN_TO_BE_REPLACED

Bowe continues, "At the opposite end of the scale, and size spectrum, is Shane Williams. That is just for his ability to side-step and get around you. He'd kick left and would be gone, either direction."

The former Ospreys and Lions teammates fought some famous battles over the years, with Bowe famously coming out on top in the Grand Slam-winning game against Wales in 2009. 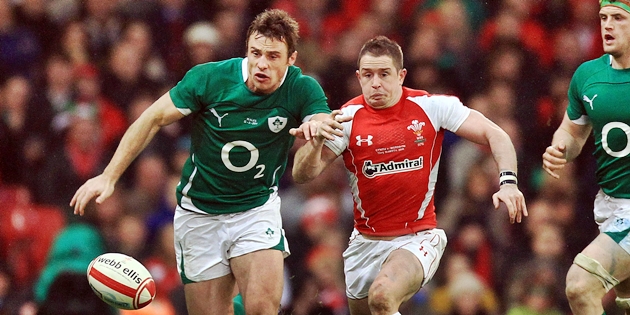 The respect is mutual. Earlier this year, Williams told SportsJOE:

END_OF_DOCUMENT_TOKEN_TO_BE_REPLACED

"Having played against Tommy at Ulster, and then played with him at the Ospreys, I knew what kind of player he was. Immense work-rate as a player and that's why he scored so many tries. Always turned up on shoulders, scored tries out wide.

"Defensively, he was one of the best tactical defenders I've played against and with, and as a player against him you knew you had to work equally as hard as him, otherwise you would come off second best.

"A great footballing winger, fullback or centre. It just goes to show what calibre of player he is - a proper back three player."