A nice change from being tackled by men twice your size.

Tommy Bowe was only on the pitch a couple of moments when he had to come off injured.

The Monaghan man has been sidelined ever since with a broken ankle and has now decided on a minor career change in his absence from rugby.

Bowe will be part of the presenting team for RTE One’s travel series Getaways alongside Joe Lindsay, Mairead Ronan and Vogue Williams.

Speaking about his involvement in the show, Bowe said:

"I’m very excited to be part of the Getaways team this year.

"I was disappointed after my injury in the Six Nations but this gives me an opportunity to explore another avenue while preparing myself for next season. Being a part of a great series like Getaways is a dream come true for me and I’m looking forward to the new challenge." 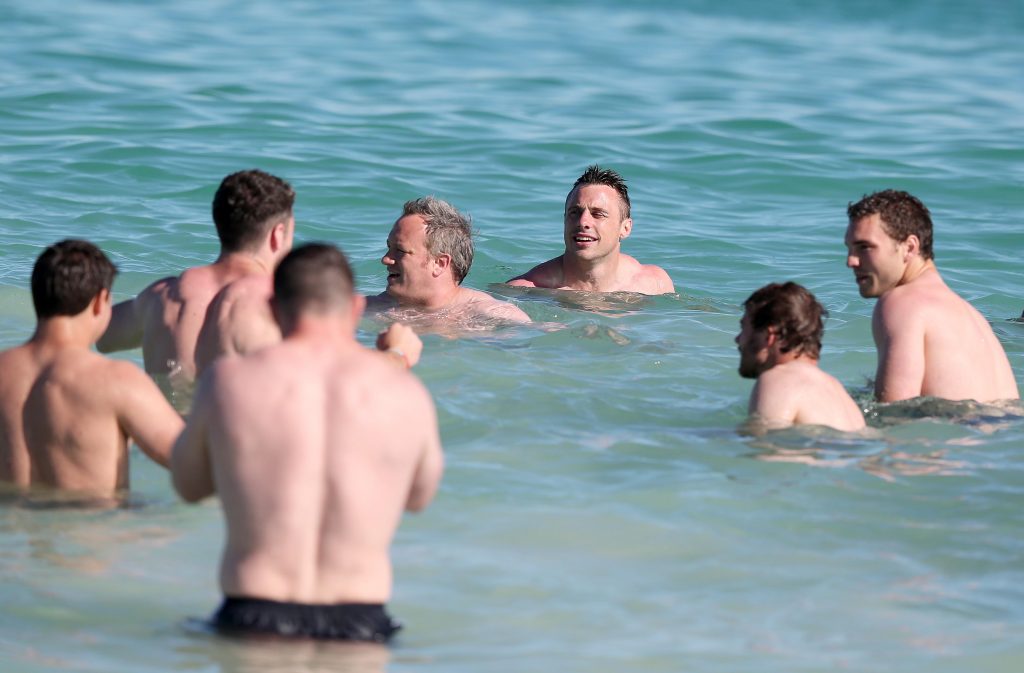 Bowe will look at the non-party side of Ibiza in his appearance on the show.

The show will be in its sixth season and hosts will also visit the French Riviera, Porto and New York.


popular
Matt Williams wants two changes and Peter O'Mahony benched for Ireland vs. France
"Remember that name" - Sonny Bill Williams raves about Ireland U20 star after outrageous try assist
"He rode him like a machine rather than a racehorse" - Mullins doesn't spare Townend as second string come good
Peter O'Mahony reaction to Liam Williams scuffle shows he may finally be mellowing
Ireland vs Wales: All the big talking points, moments and player ratings
Two changes as familiar faces return to our Ireland team to face France
Man City release bullish statement following alleged financial breaches
You may also like
1 month ago
Ulster fans seething as 'official delegation' from La Rochelle allowed into closed-doors game
3 months ago
Malakai Fekitoa avoids red card as Munster fall to Ulster defeat
4 months ago
"No" - Anxious wait for Jacob Stockdale injury update after latest blow
4 months ago
Irish rugby stars on strongest teammates and biggest gym bunnies in their squad
4 months ago
"I was devastated not to be involved, but it was class watching them beat New Zealand" - Iain Henderson
7 months ago
Irish provinces discover their pool stages fate for Champions and Challenge Cups
Next Page