Ireland are going into battle with several walking wounded.

Talk of an unchanged Ireland team have proved unfounded as Joe Schmidt was forced into three changes from his team that lost to Wales last week.

Jared Payne, Kieran Marmion and Iain Henderson are all in for Saturday's game against Six Nations champions England. Rob Kearney and Conor Murray are out of the squad completely while Devin Toner drops to the bench.

There was a sense of pandemonium at Carton House, ahead of the announcement, as no team sheets were forthcoming and there were murmurs of later changes to the squad. 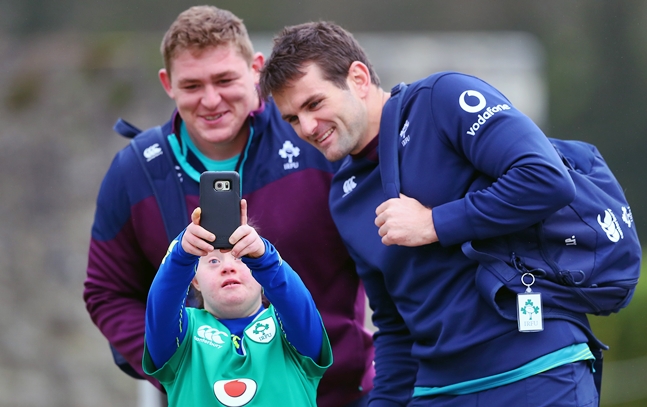 END_OF_DOCUMENT_TOKEN_TO_BE_REPLACED

Garry Ringrose and Robbie Henshaw continue in midfield, with Kieran Marmion and Johnny Sexton the half backs.

In the pack, the Irish front row is comprised of Jack McGrath, Tadhg Furlong and captain Rory Best. Henderson and Donnacha Ryan are in the second row while CJ Stander, Sean O'Brien and Jamie Heaslip are in the back row.

On the bench, Luke McGrath, Paddy Jackson and Munster's Andrew Conway are included as backline cover.

England named their team earlier today, with Billy Vunipola and Anthony Watson coming back into a side chasing 19 Test wins in a row... and a Grand Slam.

END_OF_DOCUMENT_TOKEN_TO_BE_REPLACED


popular
"Johnno went, 'We’re not moving! You're trying to mess us about!'" - Ben Kay recalls red carpet controversy
"Some of the generals wanted me executed" - Irish rugby legend on flag caper that went wrong
Tommy Fury spotted having the time of his life at student night out
Peter Keane's future as Kerry manager in doubt after strange statement
Garry Ringrose challenges "pretty ridiculous" changing conditions for women's players
No Simon Zebo or John Cooney as Ireland gather 50 players for one-day camp
It won't mean much but Pat Spillane's compliment to Mayo and to Lee Keegan says it all