"I remember the atmosphere was electric down there for that game."

As part of the Test side on the 2017 British & Irish Lions tour, Tadhg Furlong had a watching brief for the warm-up match against Highlanders at Forsyth Barr Stadium, in Dunedin.

The only two members of the current Ireland squad to have played in 'Dunners' are Robbie Henshaw, who had a hit-out in that Lions tour defeat, and Keith Earls. The Munster winger scored a try at the roofed stadium on his 24th birthday, at the 2011 World Cup.

END_OF_DOCUMENT_TOKEN_TO_BE_REPLACED

Furlong recalls the atmosphere being off the charts for that Lions game, so is excitedly looking forward to taking on a primed All Blacks side there, this Saturday.

Given how intense the First Test was, last weekend, the recent close games between both sides and his status as one of the very best tightheads in world rugby, it was odd to see Furlong's Tuesday press briefing get such a meagre turn-out. 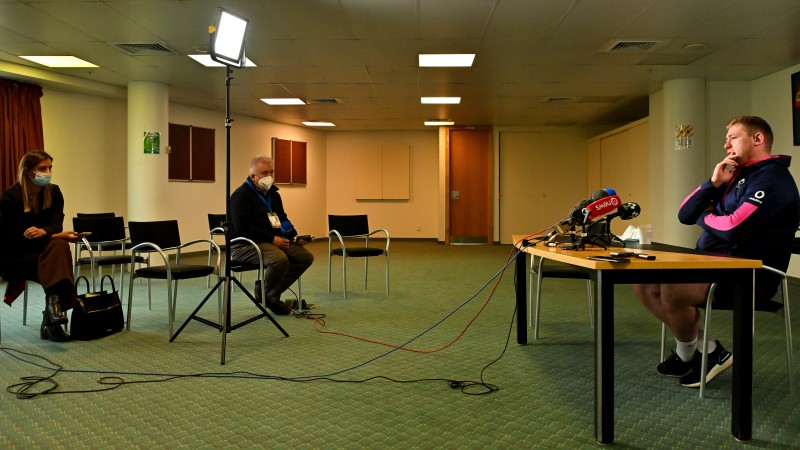 'Bundee Aki has absolutely everything hoovered up!'

END_OF_DOCUMENT_TOKEN_TO_BE_REPLACED

Sure, Covid is still prevalent in New Zealand [both squads have had positive tests returned] and this was just the briefing for TV, radio and 'live' journalists, but Tadhg Furlong is box-office. He deserves to get a bigger platform.

With just four reporters in the room, including the redoubtable Michael Corcoran of RTÉ and Cian Tracey from The Irish Independent, the Wexford native delivered in spades. The New Zealand press may be busy with the All Blacks, already down in Dunedin, but they really missed out here. More bodies in the room and it could have been a great back-and-forth. As it was, those present tried their best and Furlong did not disappoint.

Here is a man comfortable in his own skin, someone who speaks his mind with as little bluster and rhetoric possible, and a lad that likes to crack the odd joke.

END_OF_DOCUMENT_TOKEN_TO_BE_REPLACED

Asked about 'the craic' between the Irish squad and Kiwi rugby supporters, since arriving in New Zealand, Furlong said, "I've been made surprised about the amount of Kiwis you meet with Irish heritage. Even in the gym we're in, you'd have people coming up to you and talking away.

"They're obviously very knowledgeable about their rugby. But it did surprise me how many Irish grandparents or great grandparents there is." Were those Irish Kiwis asking for match tickets, the Leinster prop was asked.

"I think Bundee Aki has absolutely everything hoovered up. So even if they were looking for tickets, I wouldn't have them!"

Amid the Lions tour recollections and trying to stave off Bundee Aki from getting his mitts on each and every complimentary ticket they are allocated, Furlong addressed the more serious issues and switched on his game face. 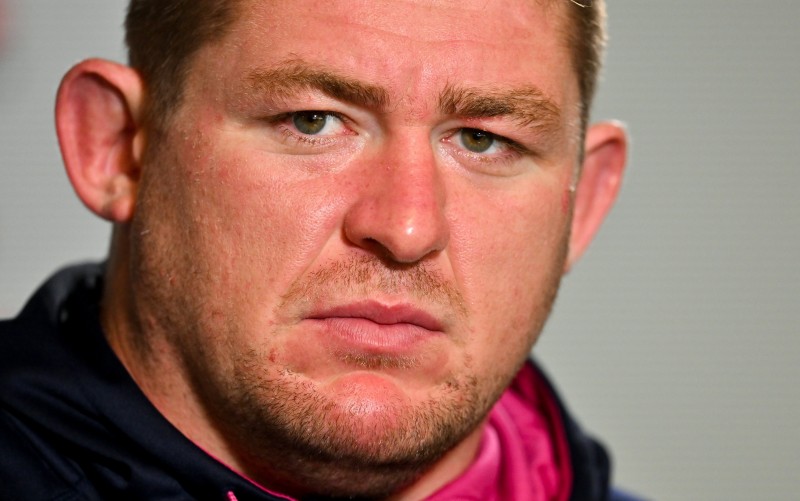 Tadhg Furlong has four Test victories over the All Blacks, so far in his career. (Photo by Brendan Moran/Sportsfile)

Ireland are due to fly down to Dunedin, in the South Island of New Zealand, on Wednesday. Tadhg Furlong noted how Monday was a 'lighter, thinking day' after the First Test defeat.

"Getting around in small groups, having chats, seeing what we could fix up," he explained.

“Obviously we’re throwing that out onto the pitch today and push it on again tomorrow. Energy levels are good. I suppose it’s all on the line this weekend. Everyone’s holding up. There’s a few knocks and niggles in the squad, of course there is at the end of a season. I think energy-wise and motivation-wise everyone is pretty good."

The tighthead admitted Ireland had 'coughed up' three scrums in his side's 42-19 defeat. "So obviously, look, it's a big area and it's an area we’re trying to get better in as always.

"As a group, we put it on ourselves and just try to take care of what we can take care of, and get better for it. Set piece is so big in the modern game. Probably on both counts [scrum and lineout] we probably didn’t get what we wanted out of it. We’ve spent a lot of time on it this week."