It is looking good for two Irish props to travel to South Africa, this summer.

We are heading into the final countdown, with regards to the British & Irish Lions squad announcement. Tadhg Furlong is expected to make it, but he could have some Irish company in the front row.

Warren Gatland will name his squad to tour South Africa and then fetch out the rosary beads and pray all his first-choice picks make the plane, heading South, in late June.

At this stage, most of the players have done all the can and will either make the cut or won't. The only players left in the shop window are the ones in Challenge and Champions Cup action, this weekend.

With that May 6 announcement almost upon us, The Daily Telegraph are doing a position-by-position breakdown and asking their six leading rugby scribes to make their selection calls.

Starting off with the props, and it is good reading for two Irish players. Let us first start off with the four players selected as props by each of the six writers:

Furlong is a unanimous pick and Daniel Schofield stresses how vital the Leinster and Ireland tighthead is to the Lions' hopes of a Test Series victory. He writes:

'Furlong will be the rock upon which the Lions scrum rises and falls. I don’t think it is an exaggeration to say he is the single most important player for the touring party.' 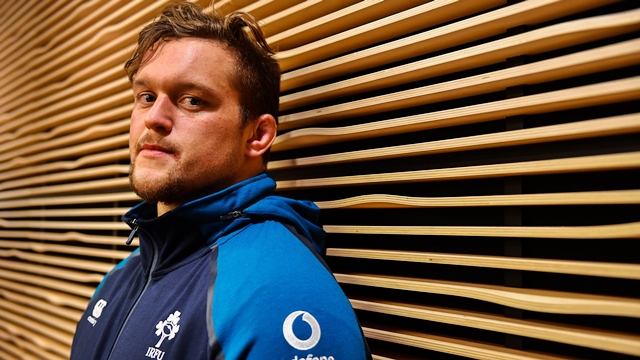 Andrew Porter is generating a lot of Lions chatter. (Photo by Brendan Moran/Sportsfile)

Even 'The Beast' knows the Lions are on to a good thing with Tadhg Furlong.

Elsewhere, it gets interesting as the six Telegraph scribes give their takes on those final two prop spots in the squad. Leinster and Ireland star Andrew Porter is in with a good shout of making his Lions squad, and he makes it into four of the selections.

It is noted, more than once, how Porter can cover both sides of the front row. He has done such for Leinster in recent years and had a starring role as a loosehead in underage rugby before the province got him to concentrate on tighthead.

The wildcard picks come from Charles Richardson, who has English props in his Lions squad, including Joe Marler and Will Stuart.


popular
Names beginning to emerge from Lions stand-by list for South Africa
The SportsJOE 12 o'clock quiz | Day 351
"I'd play it in the back garden if I could. We've been training for this since last September"
Player ratings as Man United and Liverpool play out goalless draw
Finally, Gaelic football is returning to our TV screens - what's on and where?
"Some people just have different passions" - Geezer sees where Clarke is coming from
"I’d love to do my Colin Corkery impression and play Junior B football. It depends on the body"
You may also like
1 day ago
Ronan O'Gara will never forget his first encounter with Jonah Lomu 'in his pomp'
3 days ago
Ireland confirm summer Tests, in Dublin, against USA and Japan
1 week ago
Performances against England saw Bundee Aki and Jack Conan become Lions
1 week ago
James Ryan and Iain Henderson may be fighting for one Lions spot
2 weeks ago
"It's going to be the biggest thing in this person's life, ever" - Rory Best reveals his Lions captain pick
2 weeks ago
When Gordon D'Arcy brought a coffee to a Joe Schmidt walk-through
Next Page