He can only laugh as he hears Sean O'Brien describes him as 'a pain in the hole'.

Back in early 2016, Tadhg Beirne was on the brink. Leinster would not be offering him a new deal and he could not get Munster to bite, either.

Dogged by injuries and limited to sub appearances for his home province, Beirne was told Leinster would not be keeping him on beyond the end of the season. He had just turned 24 and although he had been a nuisance to the first teams lads in training [hence O'Briens comments], Leo Cullen did not see him as part of Leinster's plans.

Beirne was mid-way through a Masters [real estate] and, with few other clubs interested, he was forced to seriously consider what life would be like after rugby. He consulted with family and friends and was close to walking away from it all. And then, fate intervened.

On House of Rugby Ireland [LISTEN from 1:00 below], Beirne spoke of the run of fortuitous events and the work that was required to grasp his final chance, and to ultimately make the 2021 Lions squad. 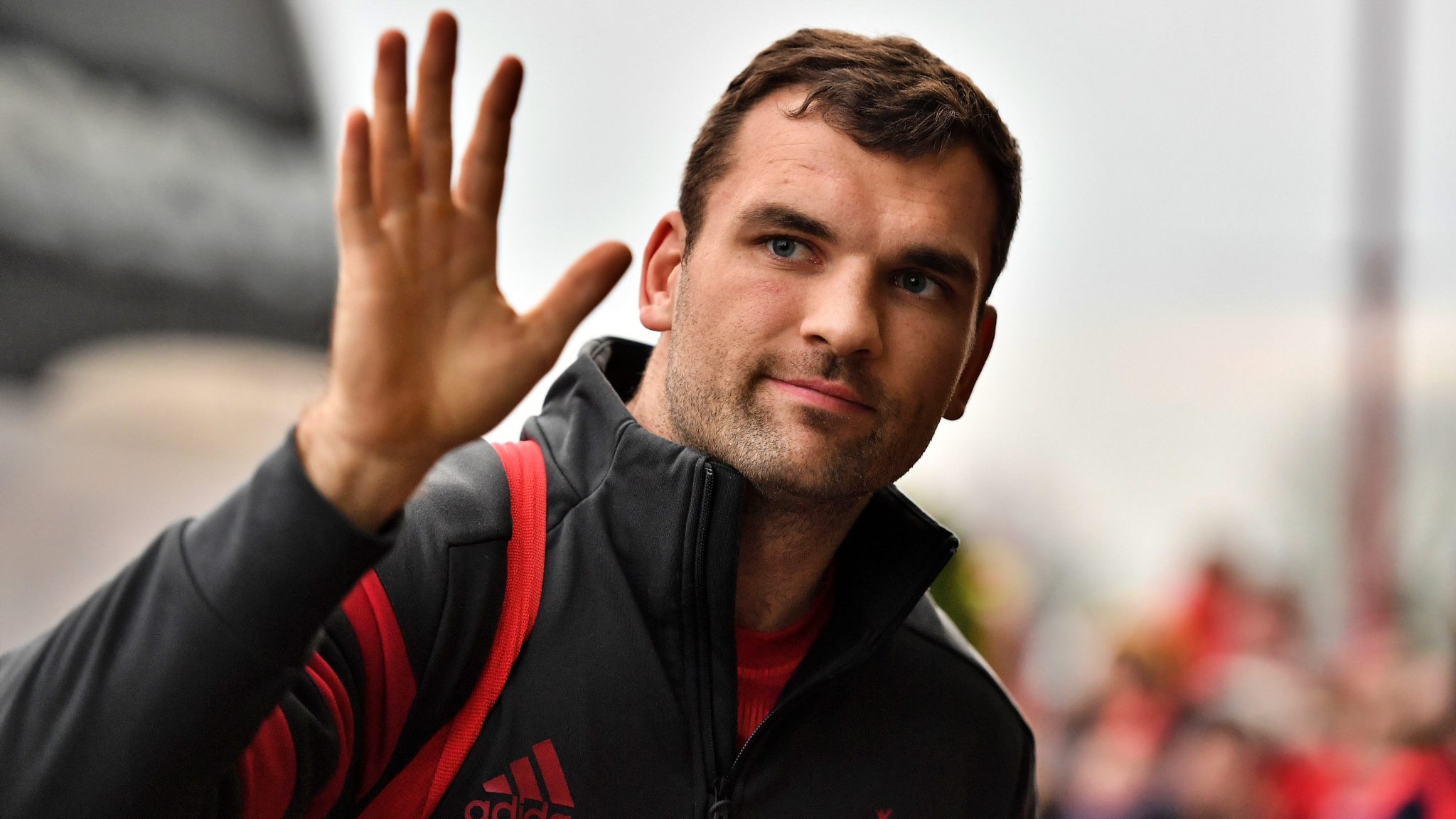 Tadhg Beirne has established himself in the Munster and Ireland packs. (Credit: Sportsfile)

Having made a good impression with Ireland U20s, back in 2012, there were high hopes for Beirne at Leinster but injuries saw him only break into the senior squad for the 2015/16 season. He was "a pest" in training, and feared going up against no man, but his playing time was limited to four sub appearances that totalled 35 minutes.

Beirne met his agent, Abe Kerr, as he lolled around outside the Leinster changing room, at The RDS, after a home game. From their initial chat, Kerr reached out and connected with Beirne on Facebook.

The Kildare native told him a move to Munster was his preferred Plan 'B', after Leinster, but he soon discovered 'they were fully stocked'.

"It was certainly a road less travelled, and a longer journey, for sure," he says.

"I don't think anyone would have guessed, or put money on me being in this situation. It is only about five or six years ago since Leinster told me they didn't see me playing for them any more, or didn't want me.

"So to then make my journey to Scarlets, well, my career took off from there. I just think it comes down to timing. Timing is essentially everything. I got picked up by Scarlets last-minute, because they decided they needed a second row.

"I then got my first opportunity at Scarlets as, two weeks on the bounce, two players [Jake Ball and Aaron Shingler] were having their first children. So I was put into the team, obviously played well and kept my position. If they hadn't had those kids, then, I probably wouldn't be sitting here today, you know!"

Beirne did catch a couple of breaks at Scarlets to get the game-time, but he is under-selling himself in saying that luck and timing were the biggest factors in him reviving his rugby career.

Playing across the second- and back-row, Beirne lined out in 23 games for Scarlets, that first season, and was a stand-out performer in the PRO12 semi win over Leinster, back at The RDS, and Munster in the final.

Reflecting on how close he came to packing in rugby to finish out his Masters, Beirne says:

"It was a big decision - do I continue with the rugby or step out into the real world.

"My uncle, the other day, was laughing because he was telling me, at the time, that I should just give it up. He had said, 'Look, it's been a tough road. Maybe you should just continue with the Masters'.

"My mum was probably sick of seeing the high and lows, with me thinking, 'Will I be in the team or won't I be in the team?' She was also thinking it'd be probably best to focus on the Masters.

"But I sat down with mum and dad, and that was the decision. I just said that I wanted one more crack, and they got right behind me. And, thankfully, I was able to make that decision." 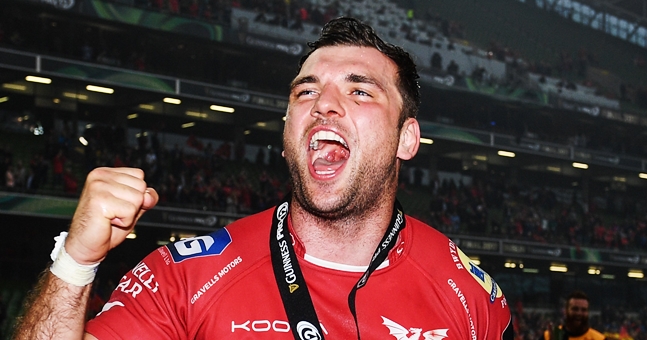 END_OF_DOCUMENT_TOKEN_TO_BE_REPLACED

With his star on the rise with Scarlets, Beirne then had an opportunity to return to Ireland after Joe Schmidt got involved with getting him back to a province.

He chose Munster over Scarlets, despite the Welsh region offering a greater pay package, and has proved an astute signing for the province. He made the 2019 World Cup with Ireland but it has been under Andy Farrell, who succeeded Schmidt, that he has truly prospered under.

"Obviously, I put in a lot of hard work, but there is luck there," he says.

"Even coming into the Six Nations just gone, I just wanted to get into the match-day squad then maybe, if I could, into the starting team. You could say it was luck for me but bad luck for others - Quinn Roux had to leave camp as he was injured, and Iain Henderson was coming back from a long injury so they decided to put me in against Wales.

"There is an element where you have to be ready for those games and, luckily for me, I was able to put in a performance in that game where I managed to hold on to my spot for the next game, and go from there."

Beirne is somewhat modest when he talks of holding onto his spot. He excelled at lock and blindside across the five games and was one of six players shortlisted for Player of the Six Nations.

That, allied with his excellent Munster form, saw Beirne making multiple Lions squads and XVs over a six-week spell, until Warren Gatland eventually named his squad.

Even if he did his best to avoid the speculation, the Munster star says that even walking his dog would bring with it reminders of what was up the road.

"You'd be out, walking the dog, and somebody would come up and say, 'Good luck with the Lions this summer'. And this was weeks before the squad was picked."

The lad walking his dog knew his rugby. Beirne made the Lions squad on May 6.

Luck and timing will play their part in South Africa, but Beirne is prepared to do all he can to make that Test XV.

popular
"I don't know if the management know what their best 15 is" - Worrying times for Tyrone going into the championship
"They're so far ahead of where I was at 18, it's just off the charts in terms of gym and fitness tests"
Damien Duff bides his time before roasting the FAI with 'motivational video' comment
Ronaldo removes Coke, shows off the drink of champions in pre-match conference
Euro 2020 Quiz: Group F
Can't imagine Rangers fans were happy about what Ronnie Whelan called Scotland
Christian Eriksen's first words from hospital are a credit to the man
You may also like
1 month ago
Kieran Marmion sends reminder to Andy Farrell as two young guns front up
1 month ago
Dream on hold for Munster fans as O'Gara agrees to new deal at La Rochelle
1 month ago
"Munster was like playing for your local GAA club. The craic was 90"
2 months ago
"I'd like Ronan O'Gara at Munster in the next 12 months" - Niall Ronan
2 weeks ago
Irish star's retirement from international rugby could be good news for Dublin GAA
2 weeks ago
The SportsJOE 12 o'clock quiz | Day 361
Next Page