"Tell us a little about Tag Beirne."

As long as the Man of the Match awards keep coming, Tadhg Beirne will not mind too much about how they are (mis)pronouncing his name.

There was a massive sense of anticipation, back in the summer of 2018, when Beirne received his first Ireland call-up and headed to Australia with Joe Schmidt's squad. He had just finished his two-season stint with Scarlets and was heading back home with a Munster contract in his back pocket.

Many of us hoped he could immediately replicate that breakdown menace and Swiss army knife role he had performed for Scarlets, but Schmidt had his favourites and Beirne would have to bide his time.

From his debut against the Wallabies until Schmidt's final game in charge, in October 2019, Beirne did play 13 times but got only six starts [two at blindside and four in the second row]. He never quite had his moment under Schmidt.

Andy Farrell has started Beirne six times since last October and the Kildare native is re-paying that consistency of selection with the type of performances Scarlets and Munster fans are seeing on a regular basis.

Beirne was Ireland's best player in their agonising away loss to Wales. While he did not reach those same heights in the home defeat to France, he was one of the better performers in green. When James Ryan was cleared to face Italy, Farrell then had a 3-into-2 decision as Iain Henderson was in excellent form.

The solution was one that a sizeable section of the Irish rugby community have been advocating for a while - why not have all three? Farrell's decision was made easier by Peter O'Mahony's long ban, but rather than shift CJ Stander from No.8, the Ireland coach chose Beirne at blindside. 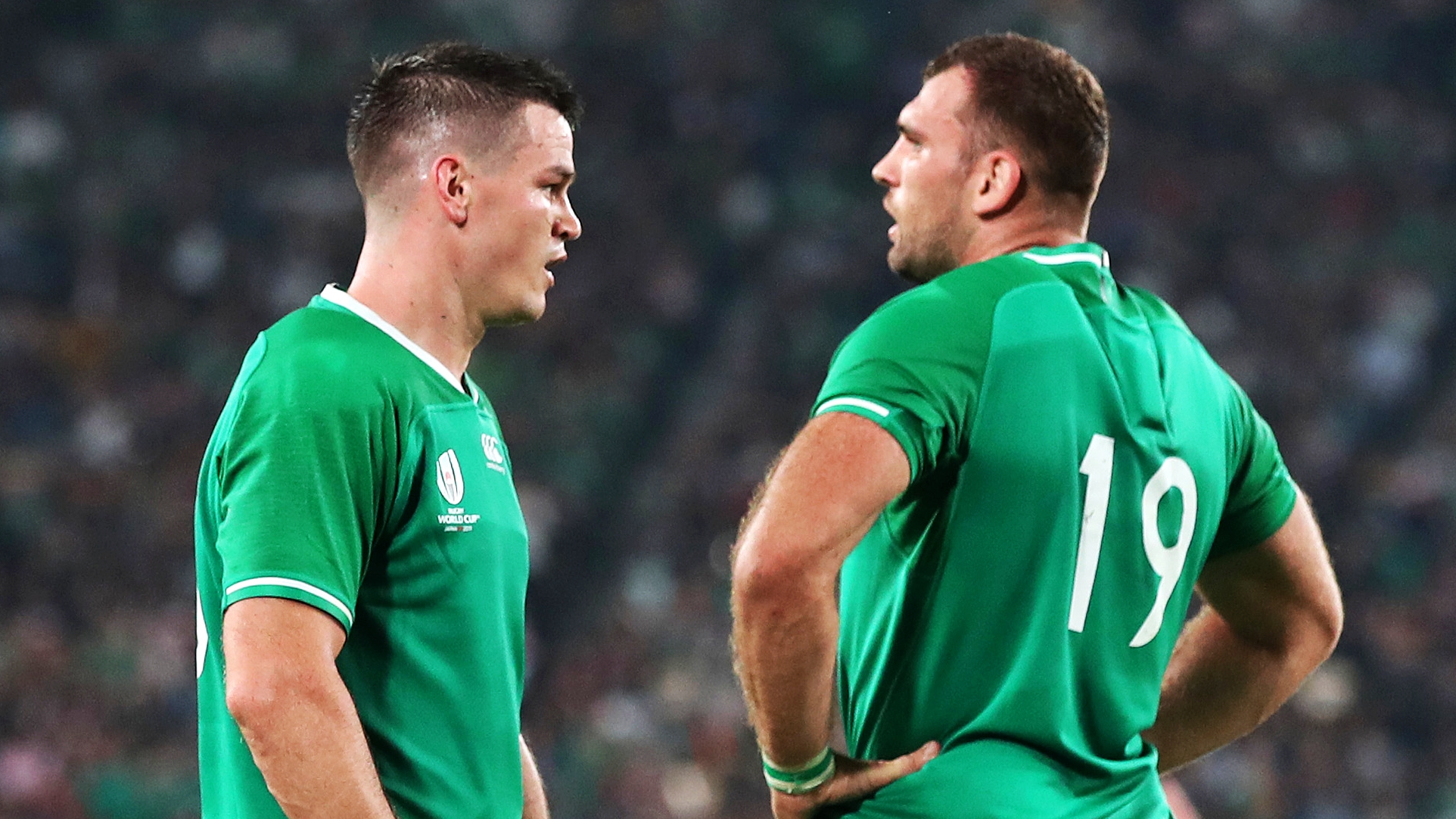 END_OF_DOCUMENT_TOKEN_TO_BE_REPLACED

Against Italy, it paid off. Beirne's numbers were hardly staggering - seven carries for 31 metres gained, one line break (two defenders beaten) and five tackles landed - but there was a lineout steal and his constant menace at the breakdown. Ruck involvement after ruck involvement. He was steady, and he was busy.

Following the 48-10 Irish win over Italy, Ireland captain Johnny Sexton lauded Robbie Henshaw for as 'the best player on the pitch today'. Asked, immediately after those comments, about Beirne, he joked:

"Yeah. Pat, you always come back to the Munster players, as usual!

"Tadhg was excellent as well. He's been outstanding for the last three weeks - his work at lineout and at breakdown. But he's improved massively, even since we were last together in November, and he's become a proper leader in that pack. I can't speak highly enough about him."

Scotland will pose a much stiffer threat than Italy when they face Ireland, in two weeks' time. Farrell is still without the services of the banned O'Mahony but he could switch Stander to blindside to bring in Jack Conan [big impact off the bench, on Saturday] or give Rhys Ruddock the nod.

There is also the wildcard option of giving Ryan Baird his first Test start in the No.6 jersey. However, it seems as if Ireland have come across their most balanced back row available - Beirne, Will Connors and Stander.

With Henderson and Ryan looking more and more cohesive as the second row unit and the likes of Tadhg Furlong and Dave Kilcoyne back ft again, the Irish pack can be the driving force as this team tries to finish this championship as high as possible.