"Stay in the battle."

Those were the short and sweet instructions from the Munster coaching staff before their players took to the field at Allianz Park for their Champions Cup group stage game against holders Saracens. Tadhg Beirne and his teammates got stuck in from the start but injuries were to strike, and force Johann Van Graan to dip into his replacements earlier than expected.

Sarries welcomed back the likes of Billy Vunipola, George Kruis and Owen Farrell to their starting XV for the game while Munster had some late adjustments to make.

Peter O'Mahony pulled up with a groin injury just ahead of the warm-ups. He tried to get out on the 4G pitch to see if he could play through the pain, but the decision was made to pull him from the playing squad. Jack O'Donoghue started in the back row with Chris Cloete coming onto the Munster bench.

Saracens went 3-0 ahead thanks to an early Farrell penalty and then Munster were hit by a hammer blow. Tadhg Beirne's lower leg took a sickening twist on the all-weather surface and the replays did not look any better. 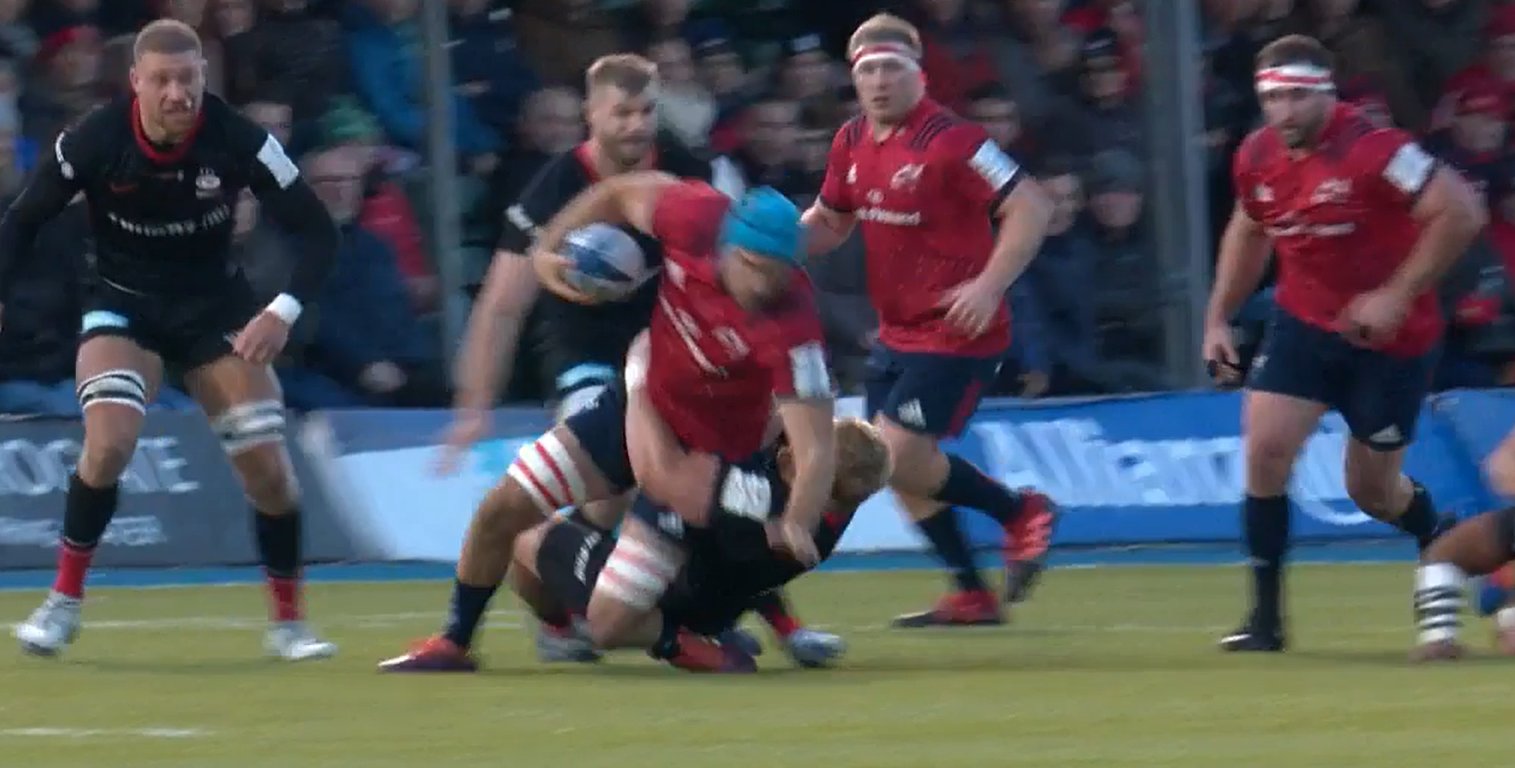 There was a long hold-up as medics attended to Beirne and a stretcher was called for. The left leg of the Kildare native was secured and he was given some oxygen to help stabilise his breathing.

There was a warm round of applause from both sets of fans as Beirne was stretchered off and he returned the gesture with a thumbs up. 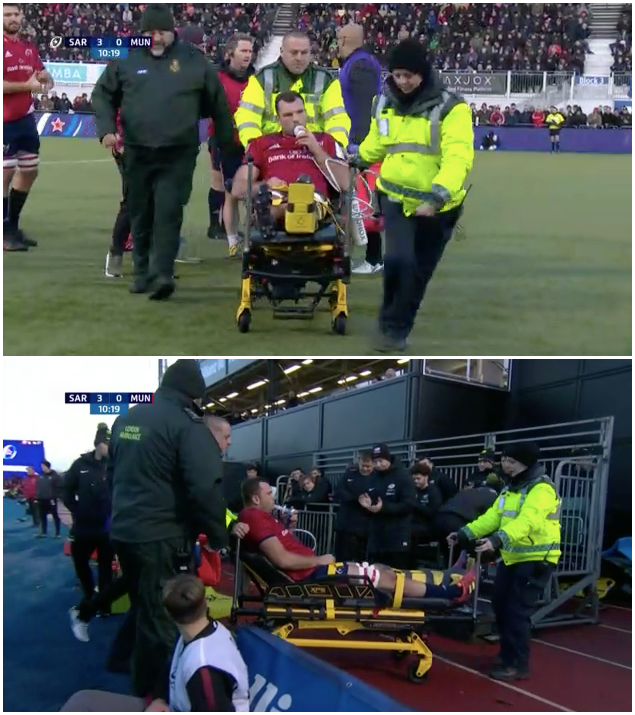 While there will be no official update provided by Munster until Monday at the earliest - after the swelling recedes and a scan takes place - Beirne is unlikely to play again in 2019.

END_OF_DOCUMENT_TOKEN_TO_BE_REPLACED

Johnny Sexton suffered a similar injury last weekend, in Leinster's win over Northampton, and he was ruled out for between eight and 10 weeks. The outhalf is hopeful to return in time for the start of the Six Nations. Beirne looks set for a spell on the sidelines, with the full extent coming in the next 48 to 72 hours.

Munster also lost tighthead John Ryan to injury on 24 minutes, with Stephen Archer coming on to replace him.