Four players that were involved in the Friday win over Southern Kings are heading up to Ireland camp.

Munster were fortunate to get Chris Farrell, John Ryan and Niall Scannell released back to them, last week, for Guinness PRO14 action. Farrell "tweaked" his knee and was called ashore midway through the first half but he headed up to Carton House on Monday evening.

Andrew Conway had been back with his province a while longer as he was not fully fit for Ireland's preparations for Scotland, but he came through the Kings game in flying form, scoring a try and gaining 70 metres over 20 carries. He joined Farrell, Ryan and Scannell on journeying up to Kildare to link up with the national team.

Keeping them all company will be Tadhg Beirne after Munster confirmed the lock, who had been out with a knee injury, was back with Ireland. A Munster release states:

'Chris Farrell will be assessed further by the medical department [on Monday]. Tadhg Beirne is continuing the rehabilitation of his knee injury. Both Farrell and Beirne will return to Ireland camp this week.'

The make-up of Ireland's training and matchday squads for the Italy game was discussed on the latest episode of Baz & Andrew's House of Rugby (from 3:00 below) with Conway tipped to make an impact in Rome. 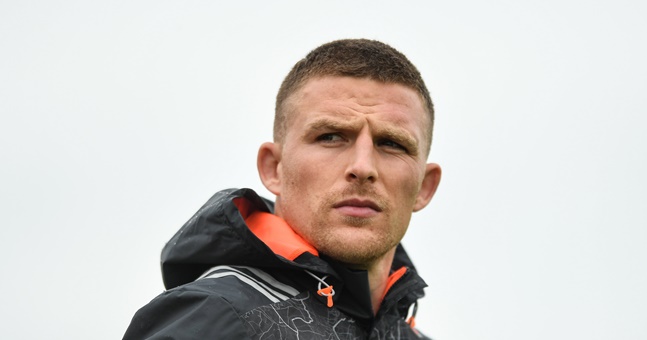 "Garry Ringrose is gone and Robbie Henshaw may not feature but Bundee Aki is still going strong," said Andrew Trimble, with co-host Jenny Murphy agreeing that the 'impressive, abrasive' Connacht centre would be in the mix for another midfield start. Both Trimble and Murphy suggested Will Addison could be involved too.

"I don't believe Ireland are going to change fullbacks three weeks in a row so Rob Kearney may start... Conway was very good for Munster so he could have put himself in the mix... Joey Carbery might get, and possibly John Cooney but I'm not sure if Joe will make wholesale changes," said Trimble.

"Ultan Dillane went well for Connacht and was making carries left, right and centre. He's a serious athlete, him... his stride is like a gazelles."

With Ireland playing at Stadio Olimpico on Sunday, they resume their media duties on Tuesday afternoon and the squad should be confirmed shortly beforehand. Their team to play Conor O'Shea's Italy will be named on Friday.


popular
Jurgen Klopp reacted like everyone else to Darwin Nunez headbutt red card
Jamie Carragher on the two Man United players Erik ten Hag can't trust
"I went up to the Italians and gave them a big auld shoulder" - Paul O'Donovan does it again
Carragher and Neville brutally name Man United's biggest transfer flops since 2013
Man United have 'decided to sell' promising midfielder James Garner
Wexford Under-20 lights it up as Ferns win their first ever county title
Graeme Souness under fire for calling football a ‘man’s game' while sat with Karen Carney
You may also like
6 days ago
"I remember just hugging this Irish guy" - How one Kiwi rugby star reacted to Ireland's historic series win
2 weeks ago
Eight Ireland players make final cut in 'World Class' 33-man squad selection
2 weeks ago
“My confidence was on the deck" - Aaron Connolly explains why he has made the move to Italy
2 weeks ago
Every Irish transfer in football, this summer, as several big deals get done
3 weeks ago
The Top 20 rugby players in Ireland, right now
3 weeks ago
Six Irish players make damn impressive 'World XV' that would take some beating
Next Page