Stuart Olding may be playing one division lower than Paddy Jackson, but early results suggest they could be trading places.

Jackson's Perpignan are rooted to the bottom of the Top 14 while Brive, who signed Olding over the summer, are on the rise in Pro D2 after tthey lost their season opener in Bayonne. 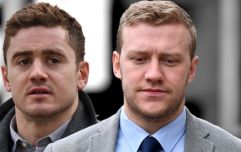 Ulster open to bringing back Paddy Jackson and Stuart Olding

END_OF_DOCUMENT_TOKEN_TO_BE_REPLACED

The Ireland internationals were both picked up by French outfits after the IRFU and Ulster Rugby revoked their contracts 'with immediate effect' last season. In late March, the pair were found not guilty of rape and sexual assault of a young woman after a lengthy trial in Belfast but an internal review led the province and union to the joint decision.

Olding made his Brive debut against Connacht in a pre-season game, in August, and scored on his competitive debut, against Bayonne, the following week.

Stuart Olding started at 12 for Brive today, in their friendly loss to Connacht (Cian Kelleher hat-trick)

More than a few Ulster Rugby jerseys on show, like this chap below 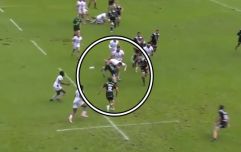 END_OF_DOCUMENT_TOKEN_TO_BE_REPLACED

Victories over Colomiers and Bezier followed, with a draw against two-time European Cup finalists Biarritz in between. Olding has one try from his four outings but he has been a key figure in Brive's attack. With experience at outhalf, Brive now have two playmakers in the 10-12 axis.

In Brive's latest victory, he teed up a try for Felix de Bourhis with a delightful grubber kick into the corner. 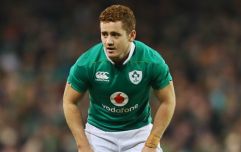 END_OF_DOCUMENT_TOKEN_TO_BE_REPLACED

There were no games at the weekend but Olding should once again feature in the Brive midfield in their next Pro D2 game against Vannes.

Given his contribution to Brive's early fortunes and the fact that he has hit the ground running, it is hardly surprising to learn that Olding picked up the club's Player of the Month award for August.

He held off teammates Demba Bamba, Vivien Devisme and Guillarme Namy to claim the accolade. There are two games left for him in September but he looks to be in with a shout to add another trinket to his cupboard.