South Africa Rugby has confirmed the swathe of bad news.

The British & Irish Lions' Saturday game with the Bulls has been postponed and the Springboks squad are dealing with a severe Covid-19 outbreak in their squad and management group.

'The British & Irish Lions’ Castle Lager Lions Series match against the Vodacom Bulls on Saturday has been postponed with a view to rescheduling or to accommodate an alternative opponent, while the Springboks’ second Test against Georgia on Friday is also being reviewed.

'Four Bulls players and one member of management returned positive tests which, in combination with their close contacts, made it impossible for them to field a team, according to Series safety protocols.

'Series regulations make provision for additional midweek matches to be added on agreement between the organisations.

'The latest medical data from the Springbok and Georgian teams will be assessed by the Medical Advisory Group (MAG) on Wednesday morning.' 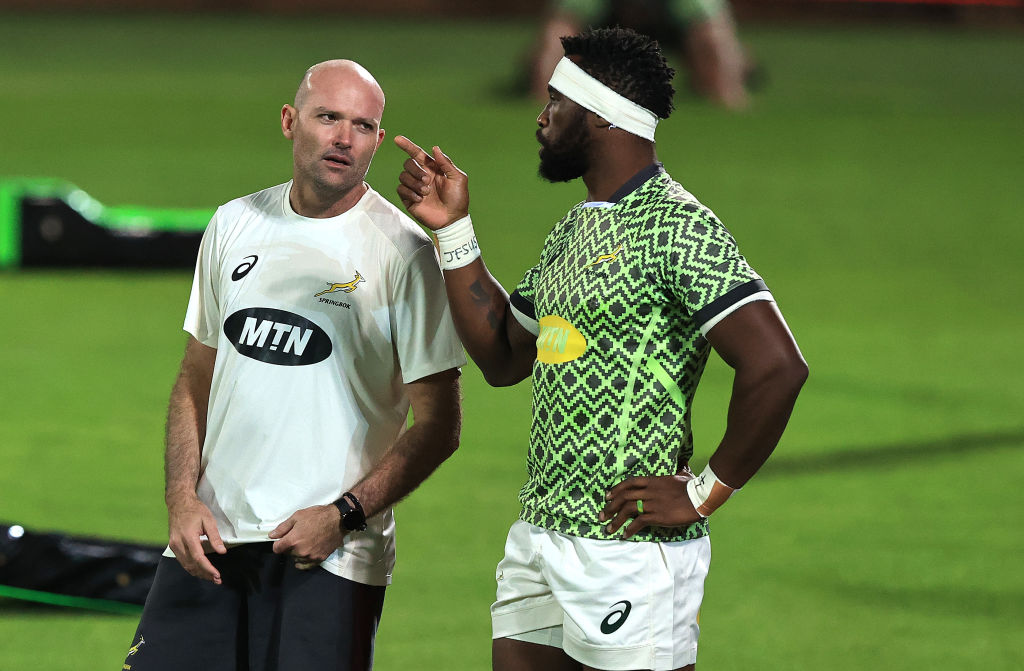 Jacques Nienaber, (L) head coach of the Springboks talks to his captain, Siya Kolisi before their July 2 clash with Georgia. (Photo by David Rogers/Getty Images)
Advertisement

"These positive results are a setback and have underlined the danger of transmissibility of the delta variant," said Jurie Roux, CEO of SA Rugby.

"The Springboks’ second Test against Georgia is now in serious doubt, but we will wait for the MAG to consider the data and we will make the final decision tomorrow.  The priority is to maintain the integrity of the Test series and we will continue to focus on that."

END_OF_DOCUMENT_TOKEN_TO_BE_REPLACED

A further update will be issued on potential alternative opponents for the Lions and on the Springboks’ second Test against Georgia as soon as the positions are finalised.

The Lions’ match against the Sharks at Emirates Airline Park on Wednesday [6pm kick-off] will take place as scheduled.


popular
The four stone-cold certainties for All-Stars even as early as this
Eamon McGee just couldn't help himself with Armagh-melee tweet
Kylian Mbappe reportedly wants PSG to sell Neymar
Gavin Coombes one of four Irish players to push themselves into Test picture
"He's actually smiling putting the ball over the bar. He should nearly be fainting." - Ryall on Limerick's legacy
Frenkie de Jong 'determined to stay' at Barcelona, despite Man United agreement
"The economy was one of the big reasons" - Cadogan's move from an electrician to personal training
You may also like
6 hours ago
Bundee Aki understandably emotional, as Ireland pay moving tribute to late Sean Wainui
7 hours ago
Full Ireland player ratings after Maori All Blacks teach us an early lesson
1 day ago
"We could lose all five games" - Darren Cave with a rare take on Ireland's chances
1 day ago
Irish provinces discover their pool stages fate for Champions and Challenge Cups
1 day ago
Mike Lowry and Peter O'Mahony in First Test contention as Ireland shuffle deck
1 day ago
"Significant" knee injury ends Iain Henderson's tour of New Zealand
Next Page