All Blacks centre Sonny Bill Williams has said that he's very proud of what former teammate Bundee Aki has achieved since moving to Ireland from New Zealand in 2014.

Aki left the Waikato Chiefs for Connacht where he won a PRO12 title under Pat Lam in 2016 before going on to win a Six Nations and Grand Slam title with Ireland this year after declaring for Joe Schmidt's side under the residency rule in 2017. 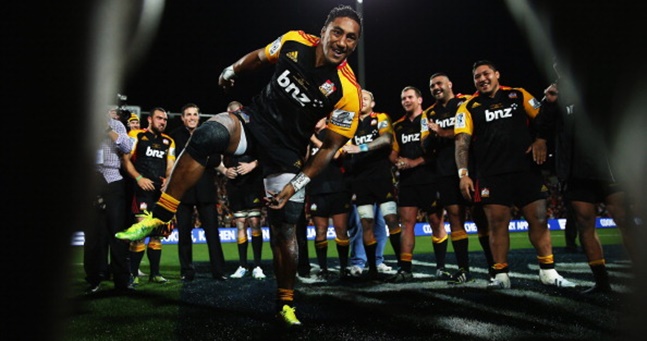 New Zealand assistant Ian Foster had a snipe at Aki during the week saying he had been moulded into an Irishman and that he now looked Irish but Williams insists that those that played with the centre are proud of what he's done.

"All the boys back home are proud at how he's come over here, took a chance and the things he's been able to do over here and achieve. I wish him good luck, but not too much. I think it should be another interesting match tonight with Ryan Crotty and Bundee.

"Just like the midfielders, there's going to be quality matchups all throughout the park tonight."

Williams was ruled out of the match with a shoulder joint issue and has been replaced in the New Zealand midfield by Crotty, with Anton Lienert-Brown coming onto the bench.

The match pits the two top ranked teams in world rugby against each other and Williams said that there's been a marked lift in the intensity at All Blacks training this week.

"It's a high stakes game, winner takes all so to speak and I won't lie, there has been a definite increase in intensity this week."


popular
'Make him hurt, make him yours' - How the Springboks ruled the world
Jose Mourinho is the picture of happiness and health after Spurs sacking
In 86 seconds, Patrick Bamford becomes English football's voice of reason
Springboks legend Tendai Mtawawira tells us what he really thinks of Ellis Genge
'Beast' Mtawawira is a big fan of Mike Ross' Lions front row
Jose Mourinho is about to step up and become the hero football needs
"We did find him hours later and we made up." - How Flynn and his best friend came to blows in Croke Park
You may also like
3 days ago
"Dorothy Wall, hands down... she's a wrecking ball!"
5 days ago
The six Lions spots being contested by Ireland and Scotland players
5 days ago
Rating the chances of Leinster's 16 Lions hopefuls
6 days ago
Jamie Carragher on how close he came to Ireland call-up
1 week ago
Full player ratings as Ireland dismantle Wales in Six Nations opener
1 week ago
Munster and Irish rugby almost lost out on one of their brightest stars
Next Page