We are going with the pundits over the fans, on this one.

The 2022 Six Nations is in the history books and France are champions, in Grand Slam style, after a 12-year wait between titles.

There is only one thing left to do after the championship has wrapped, and before the women's tournament begins, this weekend. Yes, hand out some awards and 'Best XV' selections.

END_OF_DOCUMENT_TOKEN_TO_BE_REPLACED

The likes of Will Greenwood and Nigel Owens have already tried their hand at a Team of the Six Nations and there are plenty of French players in their selections. Nothing, though, surely tops the nine France stars that made it into the Six Nations Team of the Tournament, as picked by the RugbyJOE followers.

There were more than 250,000 votes cast, with the closest contest being for the outhalf position. After a couple of counts and recounts, it was France No.10 Romain Ntamack that got in there, alongside his buddy Antoine Dupont.

The RugbyJOE Six Nations Team of the Tournament, according to you, the fans! 👊🏉 pic.twitter.com/P8DIcP8D8v

END_OF_DOCUMENT_TOKEN_TO_BE_REPLACED

The voting is already underway for 'Best Player' of the Six Nations, with Dupont up against France teammate Gregory Alldritt and Ireland flanker Josh van der Flier.

On the latest House of Rugby [LISTEN from 5:30 below], hosts Sean O'Brien and Alex Goode butted heads as they came up with their 'Best XV' selection and their picks for best player. 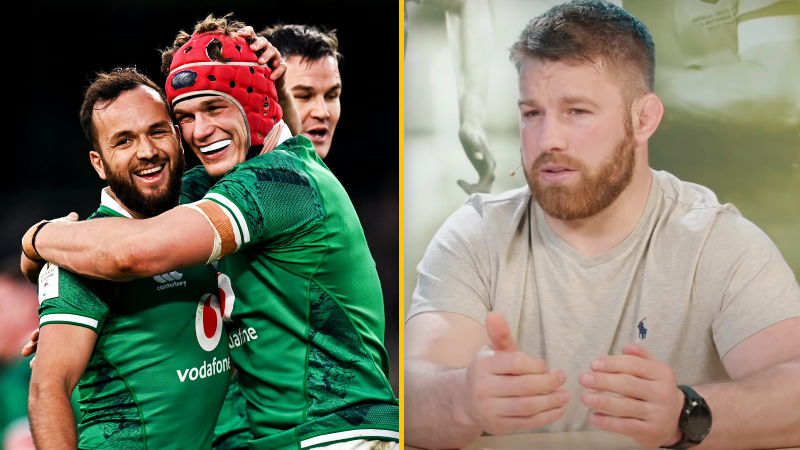 END_OF_DOCUMENT_TOKEN_TO_BE_REPLACED

Both Sean O'Brien and Alex Goode were again raving about France scrumhalf Antoine Dupont and his ability to 'step it up another notch' when his team needs.

However, when it came down to Player of the Tournament, O'Brien went for Josh van der Flier while Goode opted for Alldritt, the France No.8.

"Tadhg is probably the best prop in the world, right now, and I don't think many could argue with that."

Both men agreed on a second row with the athletic and 'incredibly physical' pairing of Cameron Woki (France) and Maro Itoje (England), who O'Brien described as 'the best lock in the world'.

Courtney Lawes lost out to Caelan Doris at blindside because O'Brien wanted out-and-out back row players, and he had been impressed with the 'big cog in Ireland's wheel'. Van der Flier and Alldritt joined the Leinster star in the back row. 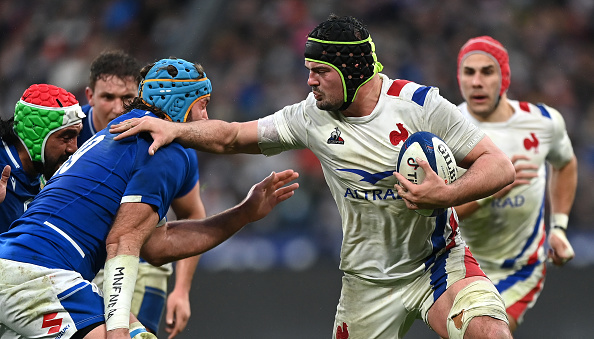 The backline of Goode and O'Brien sees Antoine Dupont and Johnny Sexton as half-backs. Only three starts for the Ireland captain, but he led his team superbly and O'Brien marvelled over how the 36-year-old just keeps getting better.

The French pairing of Jonathan Danty and Gael Fickou were selected in midfield, with teammates Gabin Villiere and Damian Penaud on the wings. "He is one of the best players in that Irish team," said O'Brien on Hugo Keenan, as he was selected at fullback.


popular
Former England Under-21 captain open to playing for Ireland
The four stone-cold certainties for All-Stars even as early as this
Romelu Lukaku was upset by Thomas Tuchel's 'daddy' joke about Antonio Conte
Kylian Mbappe reportedly wants PSG to sell Neymar
Eamon McGee just couldn't help himself with Armagh-melee tweet
"He's actually smiling putting the ball over the bar. He should nearly be fainting." - Ryall on Limerick's legacy
"The economy was one of the big reasons" - Cadogan's move from an electrician to personal training

You may also like
1 day ago
Gavin Coombes one of four Irish players to push themselves into Test picture
1 day ago
Bundee Aki understandably emotional, as Ireland pay moving tribute to late Sean Wainui
1 day ago
Full Ireland player ratings after Maori All Blacks teach us an early lesson
1 day ago
"We could lose all five games" - Darren Cave with a rare take on Ireland's chances
2 days ago
Mike Lowry and Peter O'Mahony in First Test contention as Ireland shuffle deck
2 days ago
"Significant" knee injury ends Iain Henderson's tour of New Zealand
Next Page