The Grand Slam and the 2022 Six Nations title has gone to a France side that look like they are only going to get better. Hold on tight for the 2023 World Cup.

Just as they did against Wales, last weekend, France started fast and were 8-0 up after 15 minutes through a Melvyn Jaminet penalty and a Gael Fickou try in the corner. Jaminet missed that conversion and, later in the half, a penalty.

END_OF_DOCUMENT_TOKEN_TO_BE_REPLACED

Marcus Smith kicked penalties, either side of a successful Jaminet attempt, and the scoreline was 11-6 as we headed to the break. France, though, had one last punch to throw. Romain Ntamack went close before Francois Cros went closer. Try France and some breathing room. 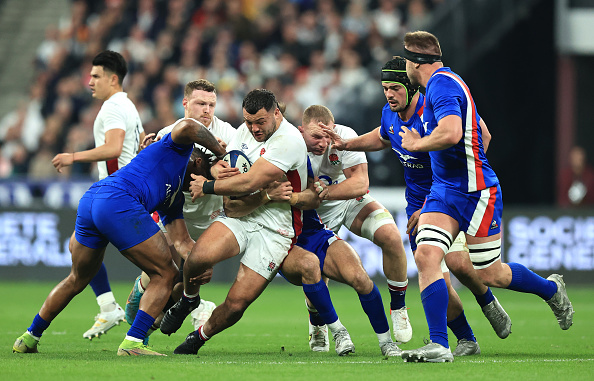 Ellis Genge of England is tackled by Jonathan Danty and Romain Ntamack of France. (Photo by David Rogers/Getty Images)
Advertisement

England showed some signs of life with a try early in the second half from Freddie Steward. Marcus Smith nailed a touchline conversion, but the likes of Fickou and Gregory Alldritt stepped up with big plays to stall English momentum.

France then settled matters through who else but their inspirational scrumhalf Antoine Dupont. He ran a super support line and glided over to get the try that effectively clinched the Grand Slam. 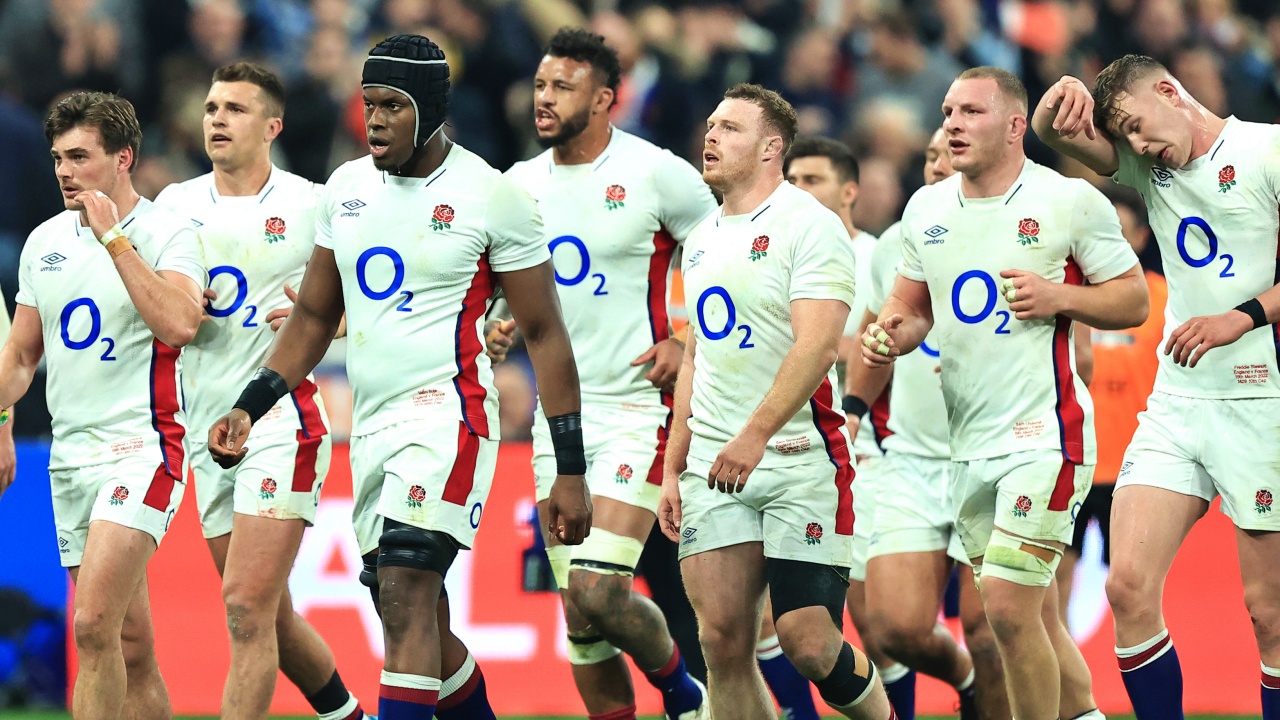 END_OF_DOCUMENT_TOKEN_TO_BE_REPLACED

Came in from the cold and was one of the best things about England in the first half. Quieter in the second half, in an attacking sense, and missed three of four tackles attempted.

Showed great foot-work and strength to get over for his try. Not as stellar in defence, where he fell off a couple of tackles.

Made a couple of great punching impacts in that second half comeback.

Ran into heavy traffic on a couple of costly occasions. Showed up well in the lead-up to Steward's try.

May have been fortunate to avoid a card when Jaminet was up-ended. Made a few decent carries and tackles before going off injured after only 26 minutes.

Will benefit greatly, in the long run, from a very solid championship. Kicked well and came to the fore when England started to cut into the French lead.

Not the first scrumhalf to be outshone and outdone by Dupont. Some bright moments but was not given much to work with.

After getting the better of Tadhg Furlong, last week, Uini Antonio really served it up to him. Made a last-gasp tackle on Ntamack but France followed up to score. Made one galloping first half carry to leave a few men in blue for dead.

Scrum did not have it all their own way, this week. Grew into the game as it went on, and did admirably in the loose.

Stuck his tackles and made a couple of powerful carries.

Superb against Ireland but much quieter this week. Gave up a couple of turnovers and four missed tackles, too. He is human, after all.

Game passed him by without him making much of an impact.

Scrapped away all night but no lasting impact on proceedings.

Fought like a dog all night, and caused France some problems. Led the way, from both sides, with 14 tackles in the first hour of play.

Missed a big chance to stake a claim for the No.8 jersey, heading into the summer.