As a proud Australian, a self-confessed trundler and a huge cricket fan, England head coach Eddie Jones was understandably reeling over the recent passing of Shane Warne.

The Australian star's sudden death, on March 4, came as a huge shock and it was since confirmed that he suffered a heart attack while over in Thailand.

END_OF_DOCUMENT_TOKEN_TO_BE_REPLACED

Jones crossed path with Warne on a few occasions, most frequently when he was involved with the Wallabies and Warne was bagging Test wickets at a rate of knots for Australia.

Ahead of England's upcoming Six Nations clash with Ireland, on Saturday, we asked Eddie Jones for his thoughts on the passing of Shane Warne.

"He was a player that scaled the heights. He had his issues off the field, but he changed the game of cricket.

"There was someone on the radio - I was listening the other day - he said that when he went to school, everyone was trying to bowl leg-spinners. They spent most of their time trying to get the balls off the top of the nets, because they couldn't bowl them. He did a trade that was physically the opposite of what you're supposed to do, for a long period of time, and became the top Test match wicket-taker." 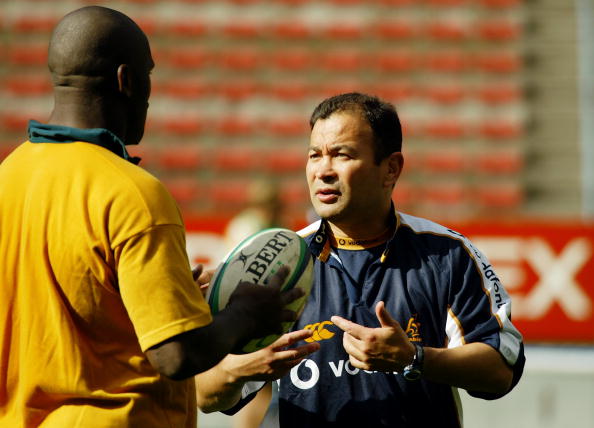 Eddie Jones then recalled a moment that will long live with him - when Shane Warne threw down a few balls that ended up teaching a cocky Wallabies rugby star a sporting lesson.

"You know, I was lucky enough to meet him on a couple of occasions. I remember we had a net session, with the Wallabies, against the Australian side, when they were right at the top, and Warne was at the top. We had a guy called Wendell Sailor - he was a larger than life character. He was batting against Stuart MacGill, who was the other leg-spinner. Wendell was coming in and smashing MacGill out of the nets.

"Warnie grabbed the ball and winked to the guys behind him, and said, 'Watch this'. He gave him two [deliveries] flat enough, and Wendell smashed him. Then he bowled a bit shorter, a bit faster and he was bowled. Then he told Wendell to go where he needs to go! I thought it was a great little insight into such a wonderful sportsman."

END_OF_DOCUMENT_TOKEN_TO_BE_REPLACED

Jones has lost Jonny Hill and Raffi Quirke from his squad, for the upcoming match with Ireland, and Alex Dombrandt is a doubt after testing positive for Covid, last Friday. The England coach has made Ireland, coached by Andy Farrell, firm favourites for Saturday's game at Twickenham.