One game, one goal. 2018 has started off well, on a personal level at least.

Shane Long broke his 11-month goalscoring drought, for Southampton, and was on course to be matchwinner too until Crystal Palace struck back later in the second half.

Long's well taken goal, his first in 1320 minutes, looked to have eased the Saints' relegation fears - for a couple of games anyway - until Palace dropped them right in it. They ended the night 17th in the league and with manager Mauricio Pellegrino asking for more time to get his team back on track.

The Tipperary native was put forward for media duties after his side's 2-1 loss and he spoke incredibly well about their current predicament.

"We knew it was a massive game, and going 1-0 up and playing some good football I thought we could have gone on and got two or three. Fair play to Palace, they held on in there and the longer the game went on the more they grew into it." 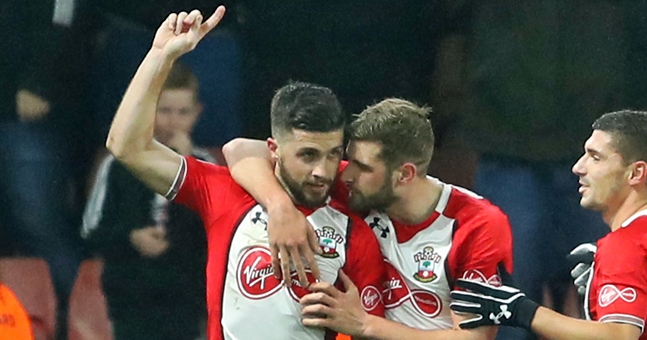 James McArthur got the Palace equaliser with 20 minutes to go before Luka Milivojević thumped home the winner, late on.

Long was bitterly disappointed with the fact that Christian Benteke cause so many problems, despite him being identified as Palace's man threat. He then made a plea to the Saints fans, which is more than understandable for a side that went to Old Trafford the game before and held Manchester United to a scoreless draw. Long said:

"We knew what they were about, we knew that the ball would come into the box and it was all about second runs off Benteke and they scored from it. It was a bit of a sucker punch for us, and when you're in the situation that we're in it's hard to get out of – you need that win, you need that bit of luck to go your way.

"We've got a good side, we've got good players and we just need to start believing. It's frustrating for us and for the fans, but we need them now more than ever."

One hopes the fans, and Southampton owners, back the team over the coming months. A few more goals from long, over that period, would certainly help.


popular
"If I break my wrist, it's on f***ing both of you." - Koepka and Berger act the spoiled child
Shane Lowry delivers big time for Europe as he takes down US stars
"I told him the absolute truth" - Sergio Garcia on his Ryder Cup talk with Rory McIlroy
Simon Zebo gives Andy Farrell better answer than any interview could provide
Galway fans' frosty reception for Davy Fitz doesn't make any sense
Padraig Harrington's 12th hole reaction as McIlroy and Poulter roasted needs no words
Team USA stars so confident of victory, they start chugging beers at Ryder Cup
You may also like
1 day ago
Nuno admits Spurs are ignoring new heading limit guidelines in training
1 day ago
Ole Gunnar Solskjaer believes that Cristiano Ronaldo could play into his 40s
3 days ago
Premier League clubs agree on calendar ahead of 2022 World Cup
6 days ago
"I'm pretty angry... Kane's body language and performance, oh my goodness!"
6 days ago
Roy Keane pays Declan Rice highest compliment possible as United move discussed
1 week ago
Tottenham and England legend Jimmy Greaves dies aged 81
Next Page