If you were looking for positives after that Ireland grind against Georgia, look no further than our 10th Test debutant of 2020.

Hopefully, in time, we'll look back on Georgia as the beginning of a long number of years for Shane Daly in the Ireland squad.

The Munster back got on for the final 16 minutes of Ireland's 23-10 win over Georgia and got his hands on the ball on a couple of occasions, over on the left wing. There was one chip and chase down that wing but Georgia scrambled and countered it well, and he could have had a debut try if Jacob Stockdale had held off 20% on his grubber kick into the corner.

However, such was the dog-fight that Ireland got dragged into, Daly did not get much of an opportunity to show what he can do, and what he has done in the past for Munster and the Ireland U20s.

Following the game, Daly was up for press duties but, with some journalists chatting to his teammates in the 'print media' briefing, he only faced two questions. It was a quiet introduction to life as a Test player, in more ways than one.

"Look," he began, "making your debut is special, regardless of the game. It's something I have been pushing towards since I was very young, so it's massively for me, personally.

"As a game, the second half didn't go the way we wanted to and we weren't clinical enough in their main zones. There were a few more tries we let slip out there, and I think we could have put them away if we had stayed on top of our process.

"The game got a bit scrappy and there was a big stoppage in the middle (of the second half), which didn't help in trying to get a flow going again. There were good things and we created chances but it's just about taking them, which is similar to last week (against England)." 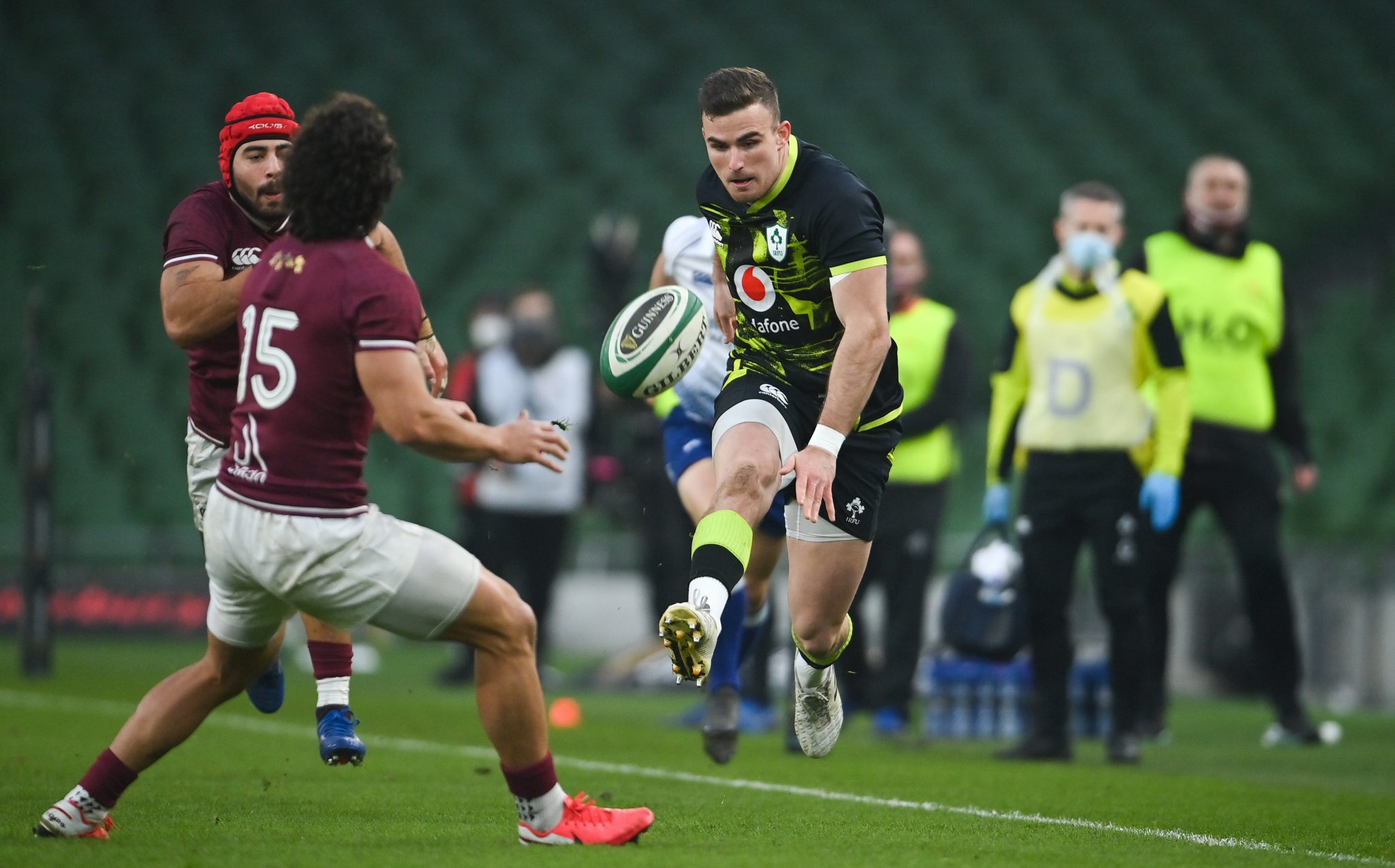 Daly was asked for his take on Ireland's on-field leaders and what was said during that second half when Georgia were putting it up to them at the scrum and breakdown, and shutting down their backline with ease.

"James Ryan would have captained me at 20s and I know how capable he is as captain. He's a really good leader and even the way he plays can be inspiring, don't mind the words that he can say, as well, on top of that. Then you have the likes of Pete O'Mahony and Iain Henderson, who are really good leaders. And you have younger lads, who lead by example on the pitch."

END_OF_DOCUMENT_TOKEN_TO_BE_REPLACED

Daly has shown much promise at outside centre, wing and, in particular, fullback in recent seasons and merited his taste of Test rugby. With Keith Earls suffering a back spasm, in the second half, there may be an opening for the Cork native to add to his debut cap against Scotland next weekend.

If the only positive to take from that Georgia win is that it is the start of a long international run for Daly, we'll take it.


popular
Bill Shankly’s grandson asks for statue to be removed from Anfield
'War-scene' in Tyrone dressing room before 2005 final sums up an iconic team
Solskjaer chats with protesting United fans who broke into club's training ground
We knew Sean O'Brien wouldn't let us down with his Lions XV
Keith Earls backed for Lions XV by one of the best in the game
Dream on hold for Munster fans as O'Gara agrees to new deal at La Rochelle
Springboks legend Tendai Mtawawira tells us what he really thinks of Ellis Genge
You may also like
4 days ago
Full Ireland ratings as France deliver resounding Dublin victory
5 days ago
"Dorothy Wall, hands down... she's a wrecking ball!"
1 week ago
The six Lions spots being contested by Ireland and Scotland players
1 week ago
Rating the chances of Leinster's 16 Lions hopefuls
1 week ago
Jamie Carragher on how close he came to Ireland call-up
1 week ago
Full player ratings as Ireland dismantle Wales in Six Nations opener
Next Page