All Blacks head coach called the decision to cancel his side's game against Italy, due to the impending arrival of a typhoon, as a 'no-brainer'.

The same could be said as the folks responsible for coming up with a contingency plan for the Rugby World Cup. 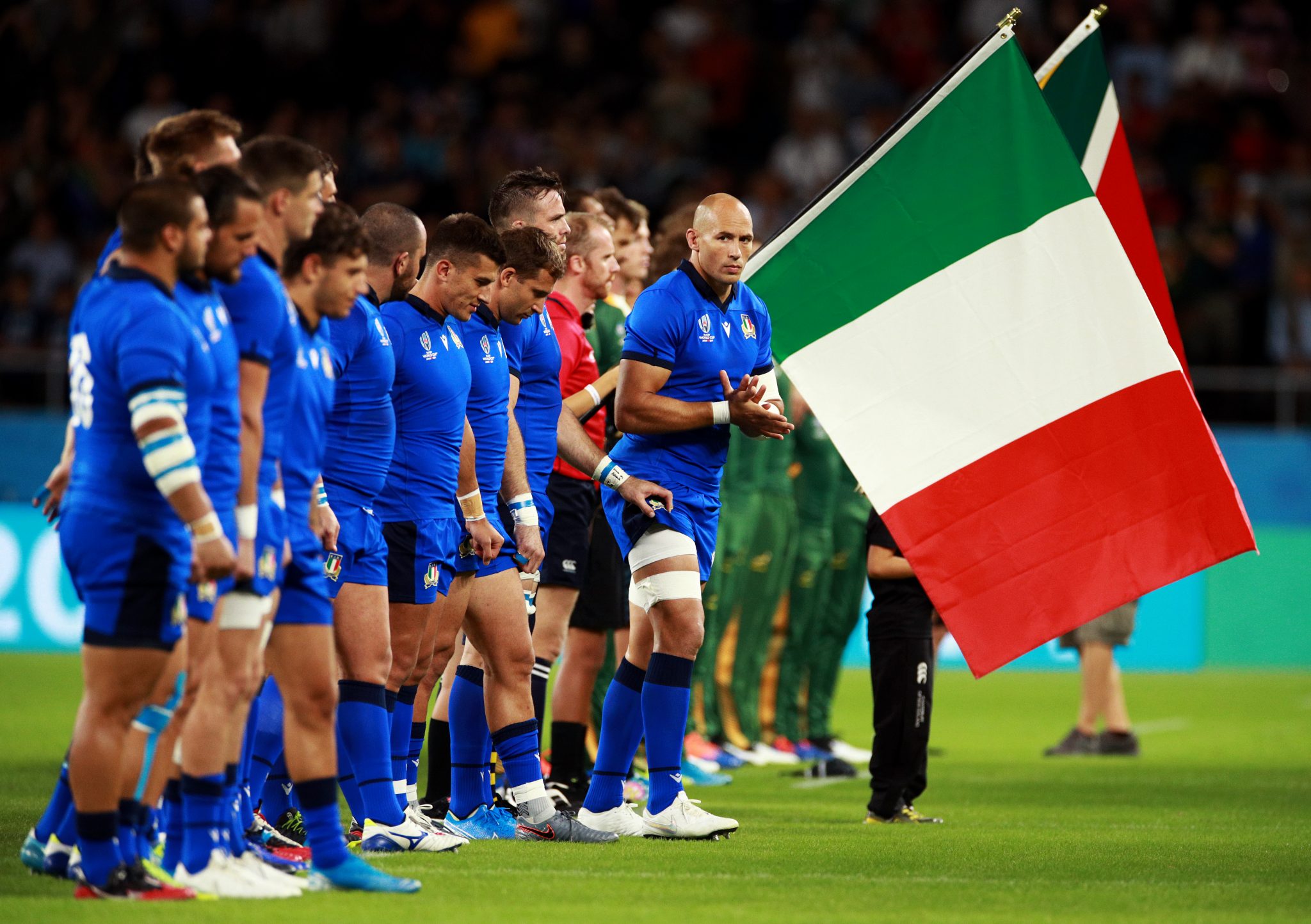 Japan, wild weather systems and natural disasters are all familiar bed-fellows. It should have been no surprise to tournament organisers that an adverse weather front would affect World Cup plans.

Whatever 'robust contingency plan' World Rugby claimed they had in place, it now looks like it involved a few bullet points under the heading - CANCEL THE GAMES!

So far in this World Cup we've had disappearing offside lines, television match officials allowing head-high tackles to go unpunished, slippery balls, ropey pitches and a steady stream of typhoon updates. There have been high points along the way - Japan's performances, Cheslin Kolbe and New Zealand showing no mercy - but the latest from Japan is farcical.

Officials have taken the correct action by cancelling the New Zealand vs. Italy and England vs. France games out of safety concerns. However, with so much at stake and fans jetting in from around the globe, how can there not be a better Plan B?

In the chaos of Typhoon Hagibis, spare a thought for Italy. Ghiraldini was set for a 20min farewell cameo against NZ in the final rugby match of his 15yr career. He spent months rehabbing and broke down in tears when news of cancellation broke in training. Sombre mood in Toyota.

END_OF_DOCUMENT_TOKEN_TO_BE_REPLACED

The Scotland vs. Japan game in Ireland's Pool A also hangs in the balance, with a decision due on Sunday morning.

On Thursday, Italian captain Sergio Parisse raged over a decision that has cost his team a shot at the quarter final. In a briefing with reporters in Toyota City, Parisse declared:

"It is difficult to know that we won't have the chance to play a match against one of the great teams. If New Zealand needed four or five points against us it would not have been cancelled."

"We had the chance to play in a big stadium, against a great team," he added. "It is ridiculous that a decision of this nature has been made because it isn't like the fans arrived yesterday.

"It is ridiculous that there was no Plan B, because it isn't news that typhoons hit Japan. The alternative is Plan B. When you organise a World Cup you should have one in place."

That call by World Rugby hits even harder for Parisse because the game against the All Blacks could have been his final one for the Azzurri. With Italy now eliminated, that means Parisse is a former Italian international.

His last performance for his country, then, was in front of the microphones and spitting fire in a desperate hope to save Italy's World Cup chances. He said:

"Sure, everyone might think that Italy versus New Zealand being cancelled counts for nothing because we'd have lost anyway, but we deserved to be respected as a team.

"If Italy and New Zealand decide they don't want to play, then fine. But as I said before, if New Zealand needed the points it wouldn't have been cancelled."

A noble but hopeless effort.

Italy are not big enough to force a rule change. Scotland may discover the same fate awaits them on Sunday.


popular
The SportsJOE 12 o'clock quiz | Day 109
QUIZ: Name every player that's scored three or more Premier League hat-tricks
"Some of the guys have put a lot into it" - Felipe Contepomi confident Leinster can start fast
'ROG was the kingpin... he just wanted to win, win, win' - Barry Murphy
QUIZ: Name the country these football teams play in
SportsJOE 2000s Football Quiz | Round 9
Felipe Contepomi believes Leinster don't need to shop abroad
You may also like
7 months ago
Devin Toner on thoughtful Ronan O'Gara message after World Cup heartache
7 months ago
"It was a complete and utter shock when Joe's name came up on my phone" - Devin Toner
8 months ago
Sinckler a stand-out, but more consistency needed - Flannery
8 months ago
"We haven't got a long-term or short-term estimate of when Joey is back" - Stephen Larkham
8 months ago
House of Rugby team agree on seven players in World Cup 'Best XV'
8 months ago
Pieter Steph Du Toit locks down World Player of the Year award
Next Page