"It has been an amazing journey so far, and a massive honour to captain Ireland."

Sene Naoupu was 25 when she packed up with her husband, George, and fly out from New Zealand to settle in Galway.

END_OF_DOCUMENT_TOKEN_TO_BE_REPLACED

George had been offered a dream opportunity to play professional rugby in Japan when Kolbeco Steelers signed him from the Highlanders (and Hawkes Bay) in 2009. There was a six-month gap until that season began, though, so his agent found him a short-term deal in the west of Ireland.

Sene was looking forward to the adventure too but never thought she would end up representing the country she was landing in, in three sporting codes.

The Leinster and Ireland centre joined Barry Murphy and Andrew Trimble on Baz & Andrew's House of Rugby and [from 18:30 below] told them all about her journey from the small south island town of Omaru to leading her adopted country out to face England at Twickenham. 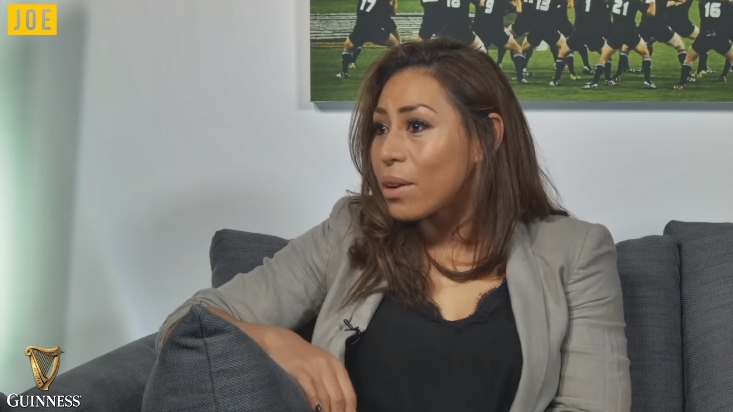 END_OF_DOCUMENT_TOKEN_TO_BE_REPLACED

"In terms of that process [of leaving New Zealand 2009], we've met some incredible people around the world and especially in Ireland," she says. "We've come to really love Ireland and its people, culture and traditions. It was certainly something we wanted to stay part of."

George Naoupu went to Japan (Kolbeco) for a season of Top League rugby after his initial stint with Connacht but Eric Elwood and Tim Alnutt brought him back in 2011 and he stayed on there until 2016's move to Harlequins. He retired at the end of last season and the couple moved back to Dublin.

By this stage, Sene was absolutely flying it and representing Ireland in the senior women's rugby team and the women's Sevens side. She would also go on to play for the Ireland touch rugby team on the world stage.

END_OF_DOCUMENT_TOKEN_TO_BE_REPLACED

In November, Sene won her 28th Test cap for Ireland and, with regular captain Ciara Griffin injured, she was asked by Adam Griggs to take up the role. Did she ever see that happening when she lined out with Galwegians for some club rugby back in 2009? No chance.

"Growing up in New Zealand," she says, "I was very sporty. So if there was ever something I was going to do, it would have been in sport." Sene adds:

"It was in 2011, back at Connacht, when I knew there was an opportunity to settle here and that I could pursue that goal of being an international athlete. Deep down, I had a bit of self-belief that I wasn't done and that I had some unfinished business.

"I grew up the youngest of four and was always so active, and looking to do well. And I have an amazing, supportive family... I'm just really fortunate that my family, and my mum especially - a single mum of four of us - was really supportive of what I wanted to do. Because, traditionally, it's not that common for Pacific Island girls to go out and do their thing." 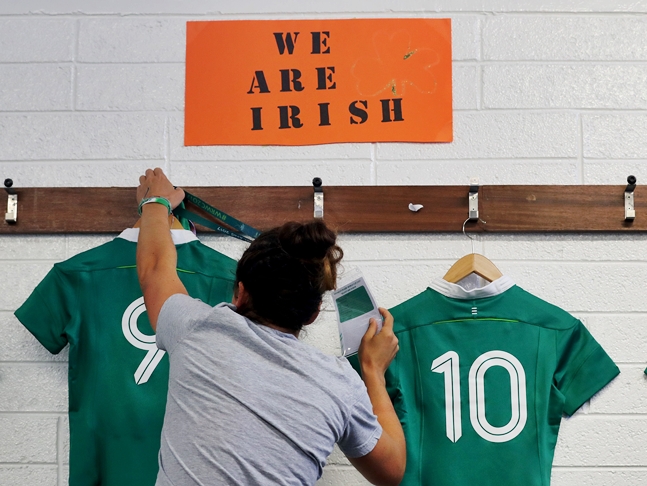 Even before she landed in Ireland, though, Sene had a head-start when it came to understanding our culture, and music.

"I grew up in the small town of Omaru, just north of Otago... and some friends of ours owned an Irish pub, Annie Flanagan's, around the corner," she said.

"Our family is quite musical so we'd have instruments in the house - drum-kit, guitars and piano... so the odd weekend, my brother would be jamming with the band at the Irish bar."

Sene became Irish qualified in late 2014 but had to wait until the 2015 Six Nations to make her debut. She has barely had time to look back since and has been a regular in the Irish midfield since making her bow.

As much as she inspires and leads on the pitch, she says her teammates do the same for her:

"A good few of the girls speak Irish and there are a couple of Irish teachers, like Eimear Considine, who are into that whole culture. The girls are amazing and it is a same that not so many people get to see how talented the girls are off the pitch, as well as on the pitch...

"The girls are absolutely incredible. Like, I'm embarrassed to even sit here. We've got doctors and lawyers, nurses and teachers. Incredible and talented girls on the team.

"Ciara Griffin, our captain with Ireland, is a teacher as well, and there's such dedication and a lot of travel too. It is something that really motivates and inspires you."

November proved tough for Naoupu and Ireland, with losses against the USA and England, but a lot of new, young talents were blooded. With England and France coming to Dublin in the 2019 Six Nations and Ireland looking competitive again, this are reasons to be hopeful for a decent tilt at the title.

Sene Naoupu will be right there at the heart of it. Having made her Test debut at 31, she has a lot she wants to get done in a short amount of time.


popular
Man United could be blocked from playing in the Champions League next season
Ireland team vs. France: Form players rewarded and a welcome return
Lionel Messi makes decision on Barcelona return
French media's opinion of this Ireland team becomes clear as vital clash nears
Clive Woodward happy to 'eat humble pie' after bold comments about Ireland
"I should have been more mature" - O'Sullivan's injury trail a cautionary tale for Sigerson casualties
Man United's four player transfer shortlist if Qatar takeover goes ahead
You may also like
1 week ago
The five biggest talking points ahead of the Premier League weekend
2 weeks ago
The SportsJOE Friday Pub Quiz: Week 7
3 weeks ago
The best five-team accumulator special as the Premier League picks up steam
1 month ago
The five biggest talking points ahead of the Premier League's return
1 month ago
The five best bets for Aston Villa vs Liverpool on St Stephen's Day
1 month ago
The best St Stephen's Day special five-team accumulator as the Premier League returns
Next Page