Sean O'Brien is not having that.

It's fair to say that, ever since Munster tighthead John Hayes retired, Sean O'Brien is the best known rugby-playing farmer in Ireland.

Ireland captain Rory Best is a keen, dedicated farmer too and once remarked that he will retire to his plot of land and leave rugby behind once his time as a professional sportsman is at an end.

END_OF_DOCUMENT_TOKEN_TO_BE_REPLACED

Still, O'Brien ranks up there as Ireland's most prominent rugby player that farms, or vice versa.

'The Tullow Tank' racks up the mileage, each week, as he commutes between Leinster Rugby's headquarters at UCD and his Co. Carlow homestead. He insists the work he does on the farm is not only good for his physique but to clear his head too. 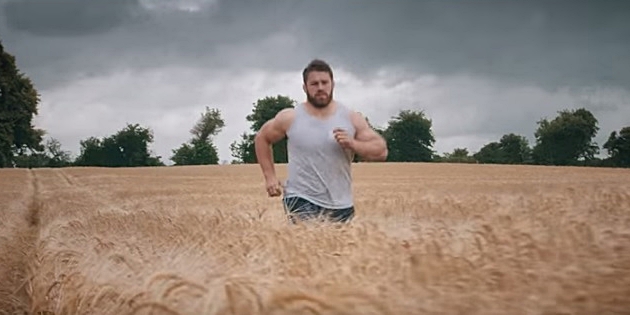 END_OF_DOCUMENT_TOKEN_TO_BE_REPLACED

Imagine O'Brien's horror, then, when he happened upon the latest edition of The Farmer's Journal's 'Irish Country Living' magazine.

Lo and behold, on the front cover, he was faced with Leinster and Ireland teammates Rob and Dave Kearney. On his Instagram Stories, O'Brien remarked:

"The two boys never got their hands dirty in their whole lives. Irish Country  Living must be stuck for a few boys."

We expect a letter to the editor for the next edition.


popular
Patrick Vieira appears to kick fan after Everton defeat
Rangers legend says he and Roy Keane didn't speak during Man United spell
Rory McIlroy response to doubters on his final hole was such a relief
Your guide to a huge weekend of sport and how to watch it all
The coolest customer in hand-ball hoping to carry on the family tradition for Kilkenny
Boris Johnson slams Jurgen Klopp for defending Liverpool fans booing national anthem
Chris Sutton praises and throws subtle dig at Rangers after Europa League final loss
You may also like
1 week ago
Josh van der Flier proving why Lions snub was so baffling in every single outing
3 weeks ago
Eddie Hearn hints at Katie Taylor v Amanda Serrano rematch in Ireland
3 weeks ago
England scrumhalf gets away with clear strike on Ireland's Michelle Claffey
4 weeks ago
Munster announce signing of French centre who can play for Ireland
1 week ago
"Leinster have got to come to our backyard. It’s our gaff" - Ellis Genge
2 weeks ago
Conor Murray primed to face man that took his crown as world's best
Next Page