"He actually ran over the top of me, and I was holding his legs."

Sean O'Brien once told us, a few years back, that former Saracens and Namibia flanker Jacques Burger was the player that rattled his cage the most.

There may well be a new contender for toughest player to tackle.

O'Brien joined host Lee McKenzie and former Wales captain Sam Warburton on House of Rugby UK, and spoke about how brutal it is to stop former Lions teammate Liam Williams when he is in full flow.

O'Brien's final game in the green of Ireland in 2019, against Wales at the Principality Stadium. It was a match that confirmed Wales as champions, in Warren Gatland's final Six Nations, and left Ireland reeling during a year in which they crashed back to earth.

"I remember in the last game I played against Wales," O'Brien began.

"They did a short line-out off the tail. Rather than try to run around me, Liam Williams ran straight at me.

"I swear to God, it was like running into a brick wall. He absolutely dazzled me. I was, like, 'What am I hitting here?'

"He’s one of the toughest players in rugby – fact. And he’s all bone as well. He actually ran over the top of me, and I was holding his legs and, like, 'What's hitting me here?!'" 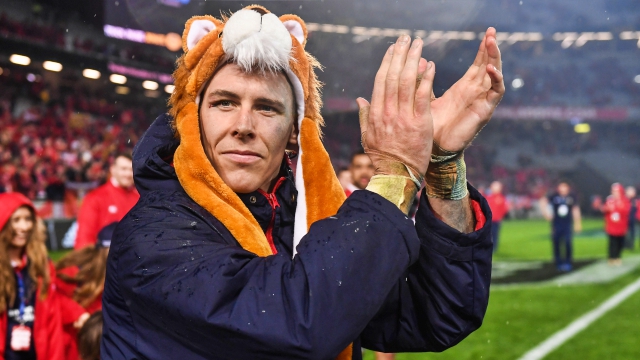 Liam Williams is set to tour with the Lions for a second time. (Credit: SPORTSFILE)
Advertisement

Warburton, who is a Vodafone British & Irish Lions ambassador, backed up O'Brien on that claim about Williams and confirmed he was on the end of a few bone-rattlers when they used to train together.

"Tackling’s a mindset," said Warburton. "If you want to get someone down you have to be brave, coupled with having good technique.

"Liam Williams is one of the bravest players out there — no regard for his body. He’d take you on Sean, and you’d probably have three stone on him. He doesn’t care.

"Because he has that mindset, he can get away with being 85kg to 90kg or whatever he might be playing against a regular 110kg bloke." 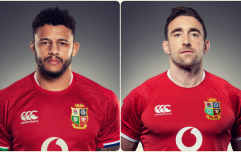 END_OF_DOCUMENT_TOKEN_TO_BE_REPLACED

When it came to O'Brien's Lions XV, though, he went with Keith Earls over Williams on the left wing and has Stuart Hogg as his fullback. The Scarlets man would still make O'Brien's Lions matchday squad, though, due to his pedigree and ability to cover across the back three.

*Sam Warburton is promoting a cutting-edge app - launched by Vodafone UK & Ireland in partnership with the British & Irish Lions - for this summer's tour, with one of the key features being the ‘XV Selector’. It can be downloaded on the App Store or here on Google Play.