"On and off, all day. It was ridiculous!"

On the back of some of the Newcastle Falcons players sharing tales about some of their rugby forfeits, Alex Goode, Sean O'Brien and Adam Jones got into the topic and raised plenty of eyebrows.

Forfeits are part of most rugby squads, amateur and professional, and some sides take it to extremes. A famous example is the dice-rolling challenge witnessed on the 2013 British & Irish Lions tour to Australia, which saw Simon Zebo call up his old Munster head coach and tell him why he'd make a great captain for the new season.

On the first show of the new House of Rugby season [LISTEN from 13:30 below], Goode, O'Brien and Jones got stuck in with some cracking yarns about forfeits they've seen at the likes of Saracens, Leinster, and the Lions.

At Falcons, any player breaking the squad's 'Code of Conduct' has to spin their 'Wheel of Fortune' and go through with forfeits that include full-body spray tans, turning up to training sessions in a full suit and even licking the bald bonce of flanker Carl Fearns.

"I've been involved in squads with similar things," says O'Brien. "Not the tan, mind you, but there's a few ex Ireland rugby players, like Donncha O'Callaghan, that would have loved that!

"But the suit one is the biggest pain in the arse of all time. I've had to do that one a few times, for repeat offences... whatever that might be! Fighting or something stupid like being late two or three times.

"Then you have to wear the suit all week. But the sickening thing about the suit with Leinster, when I was there, was that you'd have to wear it for a meeting, then go into the gym so you'd have to take it off. Then put it back on, after the gym, wear it around the place and for walking over to the pitch session, then back off for the pitch session. On and off, all day. It was ridiculous!" 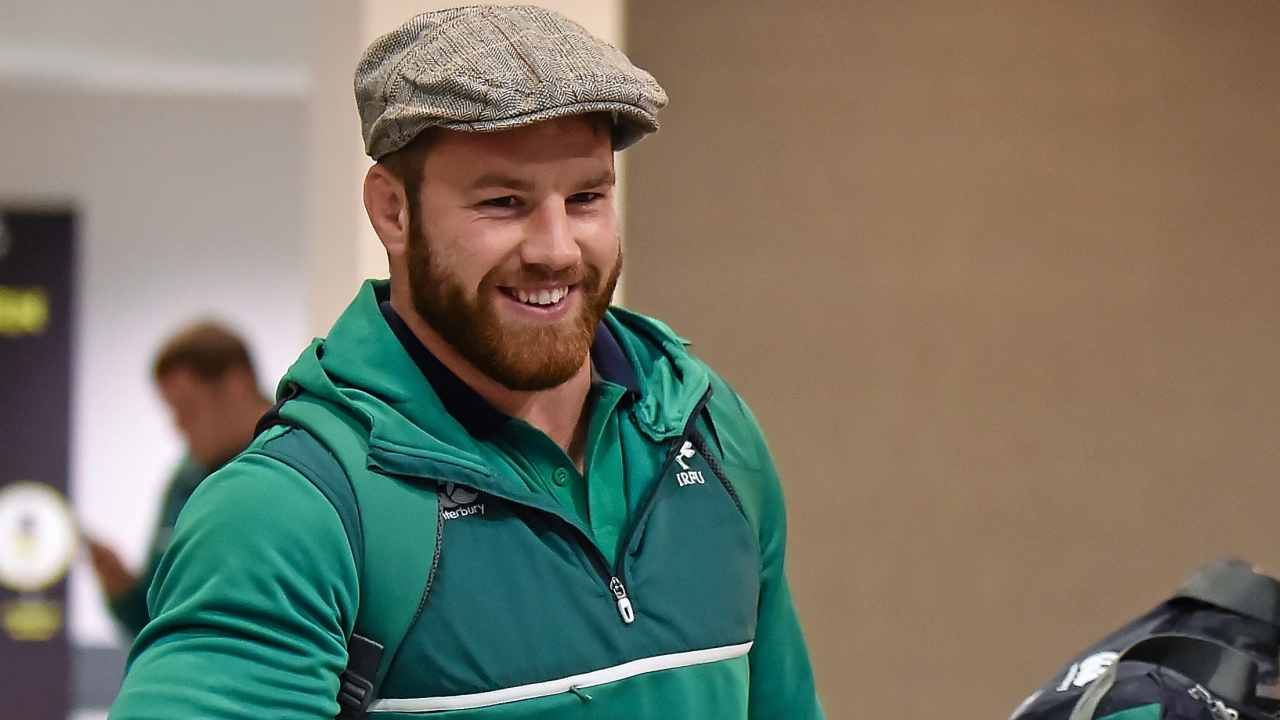 END_OF_DOCUMENT_TOKEN_TO_BE_REPLACED

Adam Jones says he never really experienced any major forfeits when he was Ospreys or Wales, but many Welsh players from his era were already well on-board the tanning train.

Goode says Saracens' forwards go a lot tougher on each other, when it comes to forfeits, than the backs. "Mako Vunipola heavily enforces the forfeits with the younger players and everyone, really," he says.

"One of the forfeits is you have to get a 1 [head-shave] all over if you roll the dice. Another is you've got to do a topless photo on your Instagram. Another annoying one is you have to do weights with the academy boys, who get in around 7 or 7:30am.

"Mako, the other day, was ruthless. He said to this academy guy, 'Right, you've got to get this [forfeit] done by the next time we see you'. We had a day off from training, that day, but there was an appearance that evening and he hadn't done it.

"He argued that he'd just been drafted into the appearance as someone was ill, but Mako wasn't having it. He made him shave his whole head with the '1' then he shaved an eyebrow off as well! We were all like, 'Why did you let him do that?!'"

So, next time you see a rugby player posting a topless picture to Instagram, looking very tanned in the middle of winter or sporting a big 'Z' in their skin fade haircut [we're looking at you, Louis Rees-Zammit], now you may know why.


popular
Rory McIlroy explains 'falling out' with Shane Lowry that lasted a few years
Talksport presenter puts Martin O'Neill to the pin of his collar over Declan Rice and Jack Grealish
World Cup Power Rankings: The top eight pundits of the tournament so far
'I just became obsessed with football' - Cruciate curse actually a blessing for Sheehan
World Cup Power Rankings: The top 10 players at the tournament ahead of the quarter-finals
Ariel Helwani shares Paddy Pimblett WhatsApp messages as spat becomes public
Roy Keane scores winning goal past Micah Richards in ITV v BBC pundits match
You may also like
2 weeks ago
Alternative World Rugby Dream Team selected, with two extra Ireland stars
2 weeks ago
"Two Irish players are best in the world" - Rugby reacts to big Josh van der Flier and Terry Kennedy awards
2 weeks ago
Two baffling omissions as four Ireland stars make World Rugby 'Dream Team' of the Year
2 weeks ago
Josh van der Flier claims World Rugby Player of the Year at Monaco ceremony
2 weeks ago
"Highlight of my Ireland career" - Behind the scenes as Jack Crowley and Ross Byrne covered for a legend
2 weeks ago
Bundee Aki reminded us all of his best qualities, on a night Ireland couldn't do without him
Next Page