"It's definitely looking that way."

Seán O'Brien played for nine years under Joe Schmidt, at Leinster and with Ireland. He has no doubts that the Kiwi will not take long to make an impact with the All Blacks.

Schmidt stepped down as head coach of Ireland after the 2019 World Cup and took up a high performance management role with World Rugby. After taking a break from the day-to-day of rugby coaching, it was never going to be long before he eventually got back involved. He loves the game too much to keep at too much a distance. 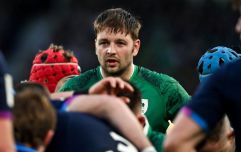 END_OF_DOCUMENT_TOKEN_TO_BE_REPLACED

It was confirmed, on Tuesday, that Schmidt would be stepping in as an independent selector with Ian Foster's All Blacks from August 2022, and replacing Grant Fox in the role.

On the latest House of Rugby episode [LISTEN from 32:00 below], O'Brien and co-host Alex Goode discuss Schmidt's new job with the All Blacks and whether it will lead to the head coach job. 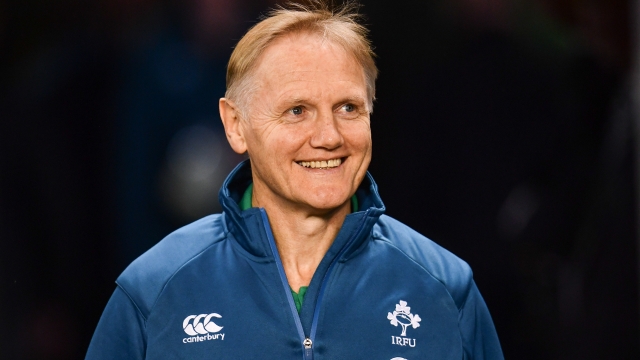 Joe Schmidt pictured at Lansdowne Road, in 2018, before Ireland beat the All Blacks. (Photo by Ramsey Cardy/Sportsfile)

When Alex Goode raised the news of Schmidt taking up the selector's job, and asked if this was merely "a stepping stone" for the former Ireland coach, O'Brien nodded along.

"It's a great move for him. I don't think he'll coach the way he coached us, for instance, if he goes into that All Blacks set-up.

"And I don't think they'll allow him to coach them like he coached us, in terms of being so structured. But, an incredible and intelligent coach. A great man. He will love being in that environment. He will learn and love being around those good players.

"It will be interesting to see what role he has in two, three years time there. But I definitely think it's leading that way - getting him involved with the All Blacks in some capacity. The one thing they will have now, with him even in the background, is detail and discipline. That's a big thing." 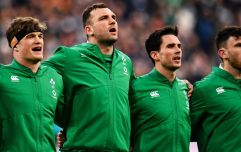 END_OF_DOCUMENT_TOKEN_TO_BE_REPLACED

O'Brien believes that even though Schmidt is coming in as that independent selector, he will have big say in how things are run. "They'll be looking to get an insight from him as to how things worked in the northern hemisphere," he says.

"Because I genuinely believe that New Zealand, South Africa, Australia and even Argentina, their discipline, at times, is not as good as it is up here. Joe will help New Zealand a lot with that element of it, and know how we play and how we operate."

Current All Blacks head coach Ian Foster is under pressure, back in New Zealand, despite winning The Rugby Championship. Foster's side lost their final championship game against the Springboks and then lost two end-of-year tour games in a row, to Ireland and France.


popular
Eamon McGee just couldn't help himself with Armagh-melee tweet
Robert Finnerty's strut up to the penalty spot was the stuff of legend
Strongest Ireland team to face New Zealand in Test opener, after squad set-back
Ireland include plenty of new faces in team to face Maori All Blacks
Andros Townsend claims 'moaning' Jurgen Klopp has 'got his way again'
Conor Gleeson's gesture to heartbroken Ethan Rafferty a tonic after sideline brawl
The FootballJOE Pub Quiz: Week 43
You may also like
17 hours ago
Seven Ulster stars make Best XV of Irish players from United Rugby Championship
21 hours ago
Joe Schmidt's new role gives Ireland perfect opportunity to back up all the talk
1 day ago
Mack Hansen among the casualties as Covid and injuries hit Ireland camp
1 day ago
Craig Casey relishing challenge of creating rugby history in New Zealand
5 days ago
"This is after happening. You're playing" - Diarmuid Kilgallen and the Saturday night phone call
5 days ago
An exciting, new-look Ireland team that can take it to the Maori All Blacks
Next Page