"We nicknamed him The Corpse for the rest of the day!"

In 2011, Sean O'Brien and his Ireland teammates headed to New Zealand quietly confident that they could reach the final. It had been two and half years since the Six Nations Grand Slam triumph in Cardiff but Declan Kidney had a number of new talents to call upon.

Conor Murray and Johnny Sexton were still relatively new on the Test scene, Keith Earls was only 23 but had 20 caps under his belt and the Leinster duo of O'Brien and Cian Healy added some dynamism to the Irish pack. 13 of the travelling squad had won the European Cup, four months previous, with Leinster after a remarkable comeback against Northampton Saints.

The was the draw worked out, it looked as though South Africa and New Zealand would end up on one side. Ireland knew that if they could beat Australia at Eden Park, it would set up potential knock-out games against Wales and either England or France in the semis. With thousands of Irish travelling to the tournament and many Kiwis quickly adopting Ireland as their second team, a win over the Wallabies could tee them up for a run all the way to the final.

Kidney's men got the job done against Australia - winning 15-6 - and they topped Pool C by rollicking Italy in Dunedin. That set up a game against Wales at 'The Cake Tin' in Wellington. Ireland went in as favourites but the Welsh did a real number on them and won 22-10.

O'Brien looks back on that World Cup as a huge opportunity missed yet also recalls that six-week tour as one of his fondest clutch of rugby memories. 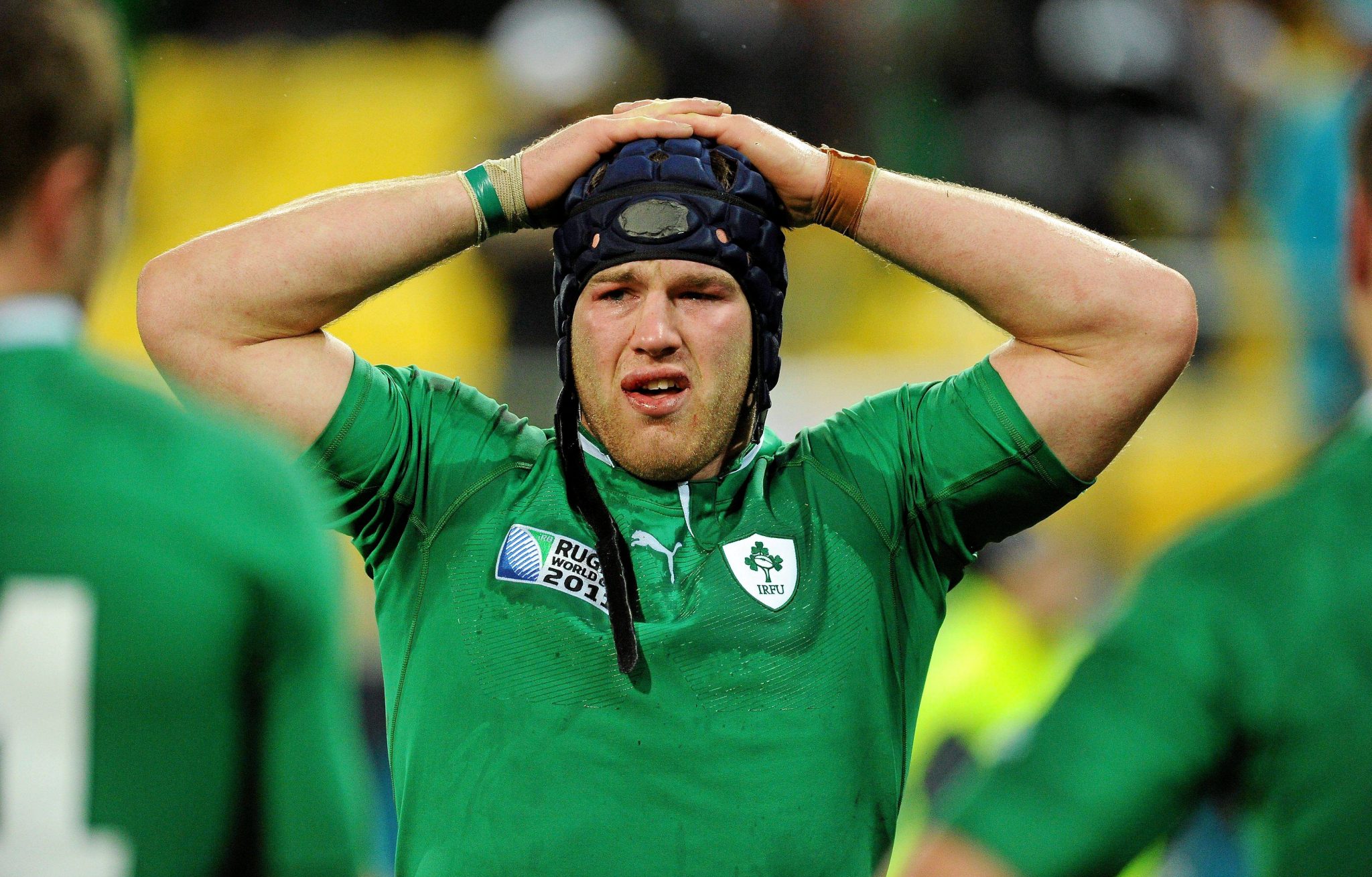 "That was a great tour and and a good World Cup," said Sean O'Brien. "We took Australia and we had some great experiences over there.

"But the few days after that Wales loss was some of the best craic I've had in my life. I remember the second night, I came down to the lobby and there was Rala [O'Reilly, out kitman] in sunglasses and on a chair. We had him tied up and he was pushed in. He couldn't move and no-one was allowed touch him either." O'Brien continued:

"We went out that night and we were out the next morning. I texted Paulie O'Connell and asked where he was. I got the reply - D4 bar. On the way. 'Grand', he gets back. 'Me and Ferg are here'.

"I walked into the D4 Bar, and this was after two days now of solid drinking, and see Paulie sitting there with Ferg McFadden. They had this massive bottle of champagne in the middle of the table, and the two of them were like best buds. Laughing and high-fiving each other.

"But when I walked in, I got the fright of my life. Paulie was like Casper the Ghost. He was completely white, all over, and he had shrunk! I think he had lost about two stone in the two days. So we nicknamed him 'The Corpse' for the rest of the day." 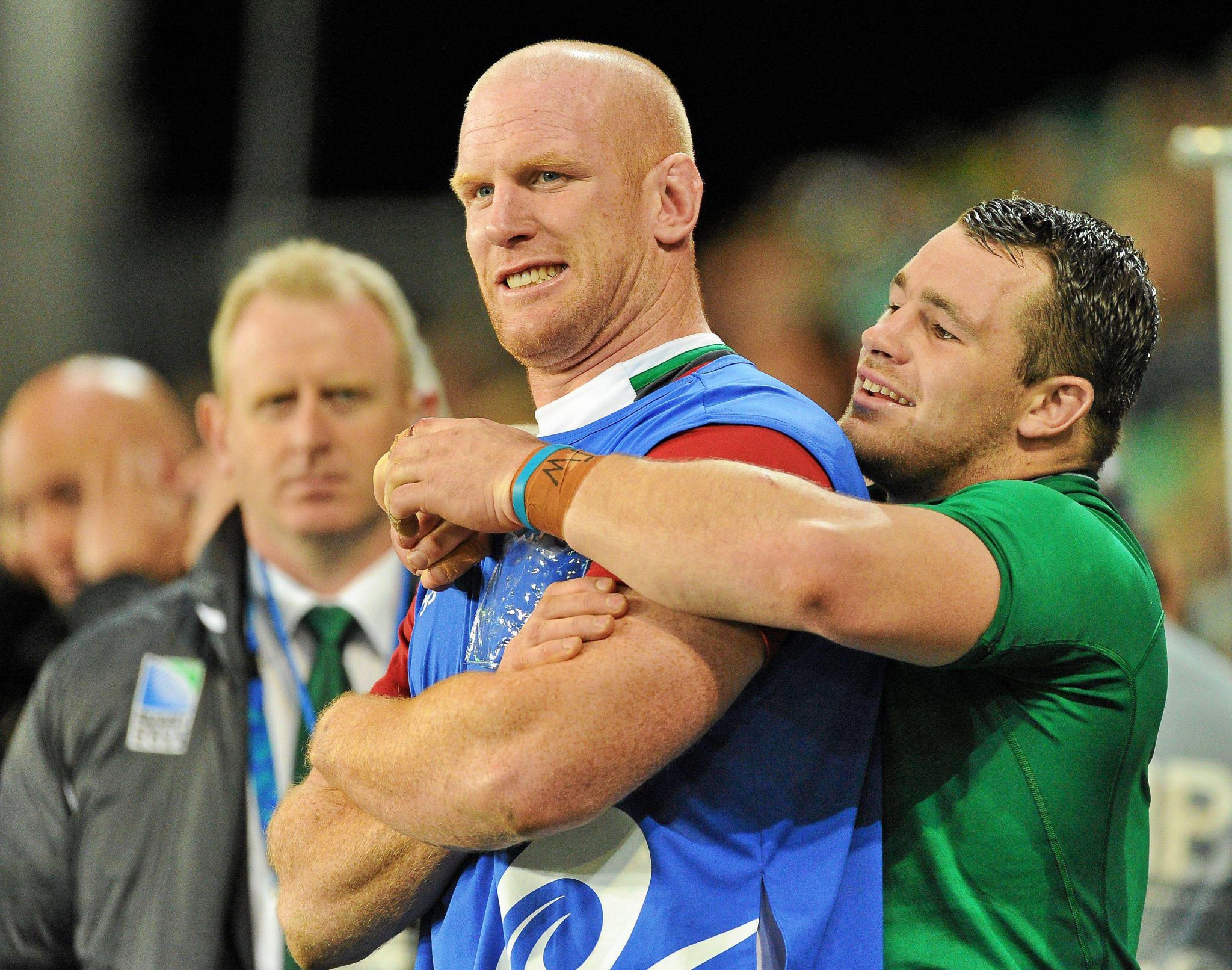 END_OF_DOCUMENT_TOKEN_TO_BE_REPLACED

Ireland had not been helped to a pre-tournament injury to flanker David Wallace and they lost Jerry Flannery early in the tournament, but they still would have backed themselves to turn the Welsh over. That they did not stung O'Brien and his teammates badly. However, the few days in Wellington provided an opportunity to decompress, debrief and catch up with family and friends.

"I arrived at the D4 bar at 9am and Paulie was already there with Ferg," Sean O'Brien recalled. "The owner came out and he gave us a card. He had a load of money on it, I think it could have been four or five grand.

"But he still said work away. The whole team was in at that stage but what he didn't know was - and he might now - was that I'd invited all my friends from Tullow. So there was about 25 lads drinking the whole day with us, free beer. They thought it was the best thing ever!"

Ultimately, as is the case with each and every team that goes to a World Cup, that squad would never be back together for a Test match. Denis Leamy, Leo Cullen, Tony Buckley, Jerry Flannery and Geordan Murphy would never play for Ireland again.

The journey ended earlier than planned, as it did a week later for Wales when they were beaten by France, but the Irish squad raised a glass (or several) to the road they took and the battles they had fought along the way.


popular
How many of the 49 Premier League clubs can you name?
The SportsJOE 12 o'clock quiz | Day 115
QUIZ: See if you can identify these retro football kit sponsors
SportsJOE 2000s Football Quiz | Round 10
Can you name every English football league club that begins with 'S'?
QUIZ: Can you name the first professional teams of these footballers?
Jack Charlton's role in getting Roy Keane to Manchester United has been revealed
You may also like
11 hours ago
James McClean opens up on sickening, Covid-related hate mail
3 days ago
When the President interrupted a Euro 88 pint between Charlton and Dunphy
3 days ago
How an uncultured Englishman conquered Ireland's sporting heart
3 days ago
The SportsJOE 12 o'clock quiz | Jack Charlton special (Day 112)
3 days ago
Growing up in the shadow of Jack Charlton's Ireland
6 days ago
"It's too experimental" - Kenny's team for Slovakia showdown begins to take shape
Next Page