The British & Irish Lions fell to their first defeat of the 2021 tour when they fell to a strong South Africa 'A' side in Cape Town. Sam Warburton took issue with a couple of calls made by Conor Murray.

The Lions were outgunned in the first 30 minutes of the match and were 17-3 behind before the finally got a foothold in the game. Under serious pressure, the hosts gave away four penalties and lost two players to the sin-bin in the space of four minutes.

END_OF_DOCUMENT_TOKEN_TO_BE_REPLACED

South Africa 'A', who started with 10 World Cup winners in their XV, defended resolutely on and around their tryline. However, with two players yellow-carded, the Lions knew they needed to get a score to put them in a good position to complete the comeback.

On commentary duty for Sky Sports, former Wales and Lions captain Sam Warburton was critical of Conor Murray for not calling for scrums when his side were awarded penalties.

The Ireland scrumhalf, who took over from Alun Wyn Jones as tour captain, elected for tap-and-go penalties but Warburton felt it was a big mistake. He commented:

"They've got a numerical advantage of two... The Lions needed a strike-play to go wide, or at least take the scrum."

Instead, it was the forwards picking and jamming and the hosts able to fill across the line. Warburton, who captained the Lions in 2013 and 2017, remarked that South Africa 'A' only had one backline player covering from the posts to the far touchline. 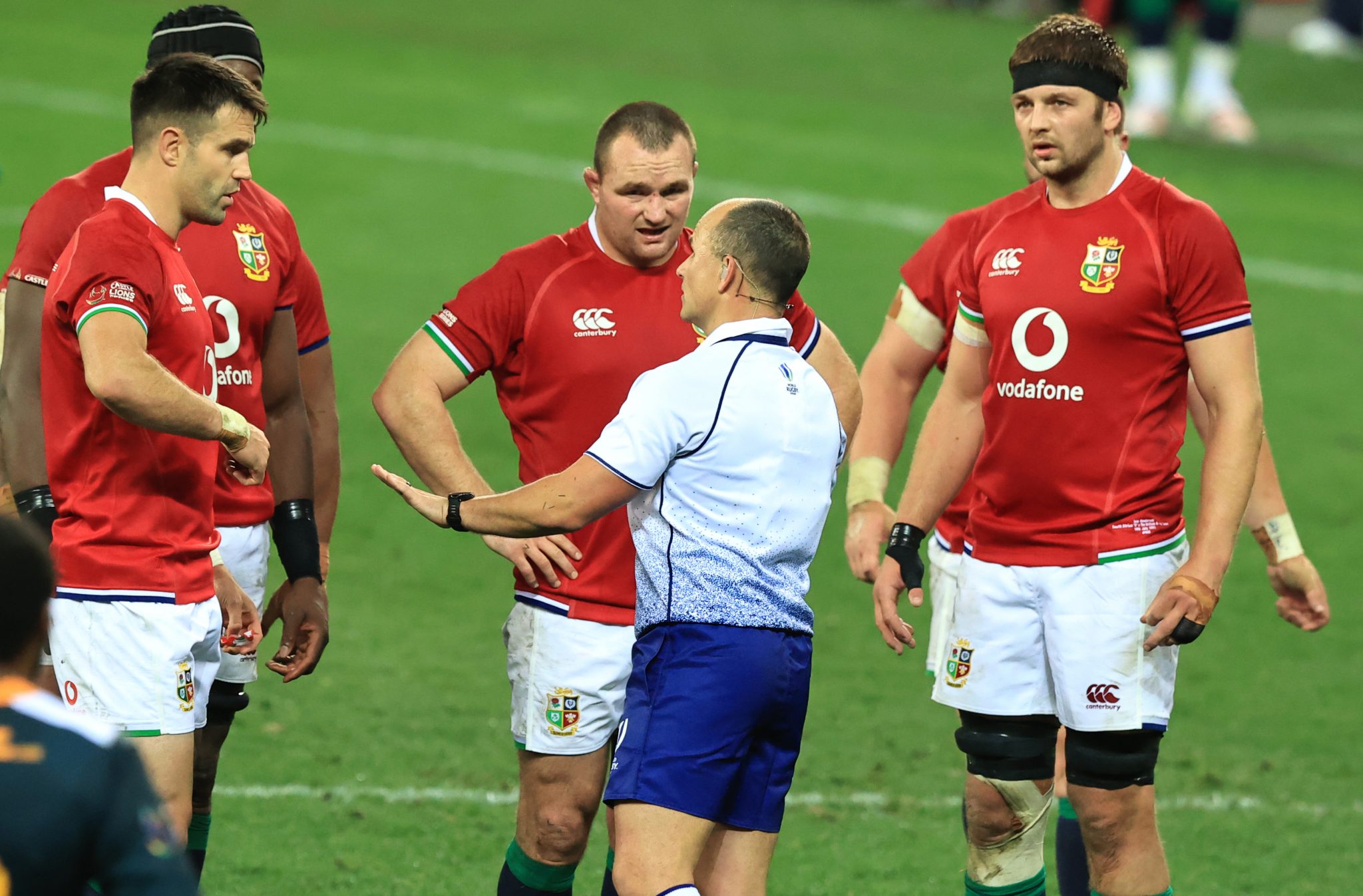 END_OF_DOCUMENT_TOKEN_TO_BE_REPLACED

As the first half clock ticked into the red, Josh Navidi looked to have got over for a try, but the Television Match Official went against referee Jaco Peyper's 'try' call and South Africa survived. They led 17-3 at the break and went on to win 17-13.

Murray was asked, post-game, about that phase of play, late in the first half. Queried if there had been much debate about what to do with the penalty call after South Africa 'A' were reduced to 13, he responded:

"There was loads of talk. In those situations, you try to listen to those with leadership and experience. The forwards were really confident."

Following the game, Lions head coach Warren Gatland defended Murray and the other on-field leaders. "I was happy with the players and their decisions.

"We wanted to work on that element of our game - that physicality - and to look at using it as an attacking option."


popular
"Johnno went, 'We’re not moving! You're trying to mess us about!'" - Ben Kay recalls red carpet controversy
"Some of the generals wanted me executed" - Irish rugby legend on flag caper that went wrong
Tommy Fury spotted having the time of his life at student night out
Garry Ringrose challenges "pretty ridiculous" changing conditions for women's players
No Simon Zebo or John Cooney as Ireland gather 50 players for one-day camp
GAA make retrospective decisions on John Small and James McCarthy incidents
Neil McGee hasn't worked in eight weeks after back injury but still won't rule out championship return
You may also like
1 month ago
Stuart Hogg talks to us about wearing that Garryowen jersey on the Lions Tour
1 month ago
Greatest Lions XV of professional era includes eight Irish players
1 month ago
Post-match scenes from Springboks changing room show Owen Farrell's big jersey swap
1 month ago
Lions legends agree Sexton or in-form Farrell would've pushed back on Test tactics
1 month ago
Three Irish players in Lions vs. Springboks Test Series combined XV
1 month ago
QUIZ: We want YOU to choose the next British & Irish Lions head coach
Next Page