Andy Friend's side were leading Leicester by eight points, at one stage, but their scrum crumpled in the second half. They head home with just a single point, but Sam Warburton was impressed with two Connacht players.

Connacht went 3-0 ahead, through the excellent Jack Carty, but Leicester's forward play saw them dominate a 10-minute spell that led to tries from Nic Dolly and Bryce Hegarty.

END_OF_DOCUMENT_TOKEN_TO_BE_REPLACED

With Leicester looking very good in the Premiership and in Europe, this season, some may have feared for a Connacht tanking, but they had other ideas.

First up, John Porch glided through and dived over by the posts after being put away by a lovely Bundee Aki offload. Connacht then hit the front when Alex Wootton forced a spill and Carty picked up the loose ball to dash 50 metres and score under the posts. 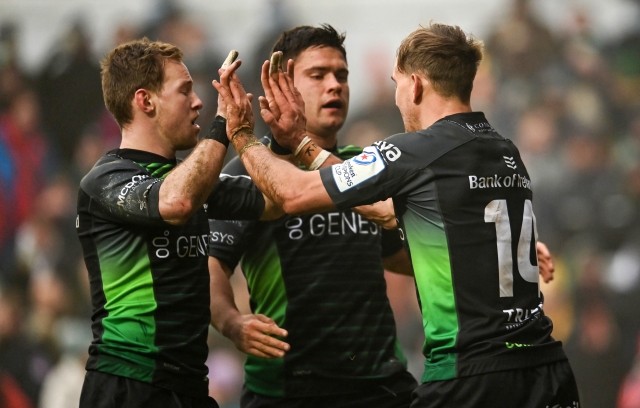 END_OF_DOCUMENT_TOKEN_TO_BE_REPLACED

Carty added a penalty, early in the second half, to put Connacht 20-12 ahead, but that was as good as it got.

Leicester boss Steve Borthwick brought on an entirely new front row and they immediately started to dominated at scrum-time. Given how Tigers were edging the breakdown battle, too, the tide started to turn.

With players getting sucked into stopping pick-and-goes and rolling mauls, there was space out wide and Leicester eventually took advantage, first through Hosea Saumaki and then, for the try-scoring bonus point, Freddie Steward.

END_OF_DOCUMENT_TOKEN_TO_BE_REPLACED

Connacht, who beat Stade Francais at home last weekend, kept fighting and were rewarded with that losing bonus point when Carty slotted a drop goal just outside the Tigers 22, with normal time elapsed. Following the game, Sam Warburton highlighted two of Connacht's best performers on the day:

"Bundee Aki is just a monster. The Lions squad, when it was named, was in alphabetical order and his name was called out first. That would have surprised a lot of people, but he justified his place... he's such a physical specimen."

I was really impressed by Connacht. They can go back to Ireland with their heads held high... Cian Prendergast did really well." 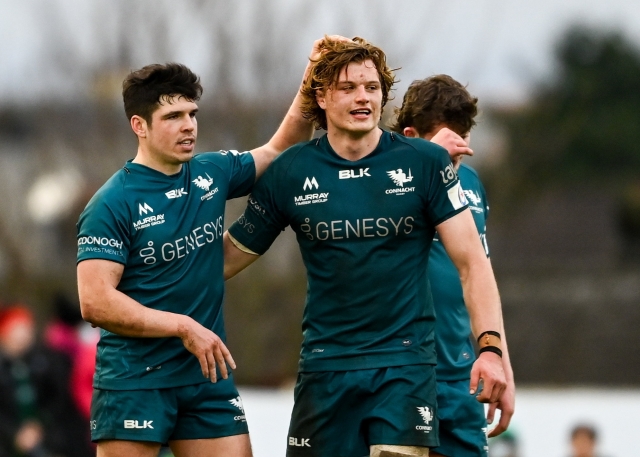 Earlier in the match, Warburton and co-commentator Andy Goode had remarked how Connacht had unearthed a real back-row talent in Cian Prendergast.

The 21-year-old from Kildare was making his 17th senior appearance, after his 2020 debut, and only his second European start.

With Leicester due in Galway next month, that bonus point could yet be crucial in the final shake-up of Pool B.

Our Man of the Match: Jasper Wiese (Leicester Tigers)


popular
Noel Gallagher left 'covered in blood' after headbutt from Ruben Dias’ dad
Cutting through the contradictions from one of the worst television segments of the year
Aiden McGeady details the abuse he suffered after playing for Ireland instead of Scotland
Roy Keane shows great comic timing after Jack Grealish party invite
BBC apologise after accidentally posting mocking Man United message live on TV
The FootballJOE Pub Quiz: Week 38
France the sore losers as Ireland Men reach first ever Sevens World Series final
You may also like
1 week ago
"I hope we are all clear now" - Chris Ashton on post-match apology to James Lowe
2 weeks ago
James Lowe calls on Leinster fans to give Toulouse fans red-hot welcome
2 weeks ago
"We’ve been led by the experts" - James Ryan ready to rock against Toulouse
2 weeks ago
Jack O'Donoghue and Alex Kendellen play themselves into Ireland's summer plans
2 weeks ago
Stuart Barnes believes Jamison Gibson Park 'best No 9 in this hemisphere' right now
2 weeks ago
Josh van der Flier proving why Lions snub was so baffling in every single outing
Next Page