One hell of an administrative error.

January 1 is the nominal date where players in most European clubs, who have not been offered a contract (or an extension), can be contacted by rival teams.

However, as most professional rugby players will tell you, the contact often starts way before New Years Day. "Everyone knows business is done a lot early than that," Danny Care commented.

END_OF_DOCUMENT_TOKEN_TO_BE_REPLACED

The Harlequins and England scrum-half offered a fascinating insight to the world of contract deals and negotiations during a guest spot on Rugby Weekly. "Every club does it," he continued. "Every club speaks to players more than six months before their contract [is up], even 18 months or two years before - trying to get things in place."

Care is conscious of the other side of the contract game and knows of several players who go through tough times waiting for a team to hopefully pick up their playing services. Having been highly rated, and equally talented, for a numbers of years, Care has avoided most of the angst and waiting for money to be freed up.

The only move he has, thus far, made in pro rugby is a 2006 switch from Leeds to Quins. As much as Leeds wanted to hang onto Care, who was 20 at the time, a contract botch ensured they had to let him go. 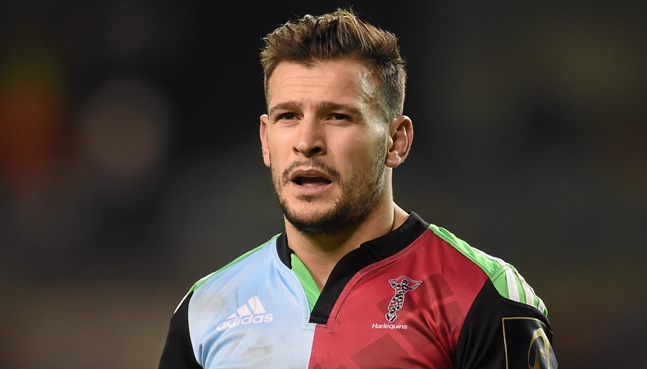 "Whoever was doing the admin had mistakenly printed off the same page and put it in five of our academy contracts. Genuine. When we found out we'd been relegated, one of the lads said, 'Look, there's a clause in there and you can leave'. I didn't want to leave because I loved Leeds and I loved playing for my home-town club but 25 of the lads had left already and it was like, 'What do I do?'

"So I got my agent to speak to a few clubs - Saracens, Northampton and Harlequins. We went on the M1 and met with all three."

The poor individual that had made those five extra copies must have felt pretty awful when not only Marshall left, to Ospreys, but a talented, local No.9 like Care also packed his kit-bag and headed off.