"I was eating every day as a job but after I retired I was forgetting about nutrition. I was so busy so I was skipping meals."

Darragh Fanning gave up the rugby business, in March 2016, to get involved in the food business.

Having scored seven times in 34 appearances, over three seasons, for Leinster, the Dubliner stepped away from tackle shields and set-plays to throw his energies behind opening a franchise of the Zambrero restaurant chain.

He tells us he has fully embraced the new direction in his life but admits there was a full-on "bodyshock" soon after he hung up his rugby boots. He says:

"When I finished up, I launched straight into getting the new restaurant set up. I was working long hours and skipping meals.

"Some friends and family commented, at the time, that I was looking a bit drawn and even paler than normal. It wasn't until I weighed myself a the gym, five weeks after retiring, that I found I had lost 10 kilos [22lbs]. I was absolutely shocked."

Fanning got his act together and straightened out his diet.

Ahead of the opening of the new Zambrero launch in Cork, Fanning compared his new, daily diet to what he would have consumed on an average day as a rugby player.

Lunch: Meat [fish, chicken or roast beef] and vegetables. Fresh fruit or salad. "I never took on a lot of complex carbohydrates from rice, pasta or potatoes. I would usually take them on through root vegetables - parsnips, carrots, sweet potato."

Snack: Coffee with teammates and a super-food salad.

Dinner: Roast chicken or roast beef with green vegetables such as asparagus and broccoli [home-cooked usually] 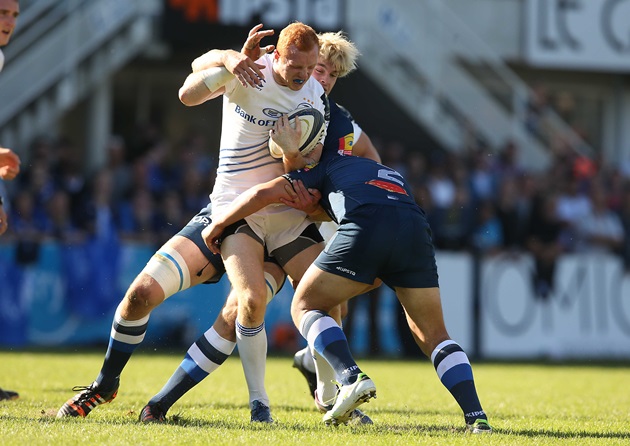 Fanning says he was, and still is, a firm believer of the 90/10 rule. "As long as you are eating 90% of the right stuff, you should allow yourself that 10% for a treat. My post-match treat often used to be a take-away like fish and chips."

Fanning is currently operating on a diet where he eats all of his meals between 10:30am and 6:30pm, allowing his body the rest of the time to fast and process the consumed calories.

Breakfast: Protein and oats at 10:30am [after earlier gym session]

Having retired at 105 kilos and dropped to 94kg, Fanning is now back up to the 100kg mark and, he insists, full of energy. With a second franchise opening in Cork on February 22 and another planned for later this year, he will certainly need it.