"We hadn’t a clue... It’s just that we didn’t understand the rule."

Ruan Pienaar still went out and performed well, but he needed some picking up after a visit to the dressing room by the match-day referee.

Following on from the disappointment of their 2012 European Cup final loss to Leinster, Mark Anscombe led Ulster to the top of the PRO12 standings the following season. A top dogs, Ulster should have been at home for the PRO12 Grand Final but construction work was already underway at Ravenhill.

Ulster ended up nominating The RDS, in Dublin, as their home venue should they reach a final and they duly got their when they defeated Scarlets 28-17 in the semis. As fate would have it, Leinster beat Glasgow Warriors to meet Ulster for an 'away' final in their own ground.

The Ulster side was stacked with talent and they lined up with World Cup winners Ruan Pienaar, Johann Muller and John Afoa in their starting XV, as well as the likes of Andrew Trimble, Tommy Bowe, Nick Williams and Jared Payne. Leinster, coached by Joe Schmidt in his final game before he went to take over Ireland, were full of internationals too and, to Ulster's mind, they had a referee going against them too.

Watching that game back for the first time in seven years, however, Trimble spoke on Baz & Andrew's House of Rugby about how his side got the game and referee John Lacey all wrong. 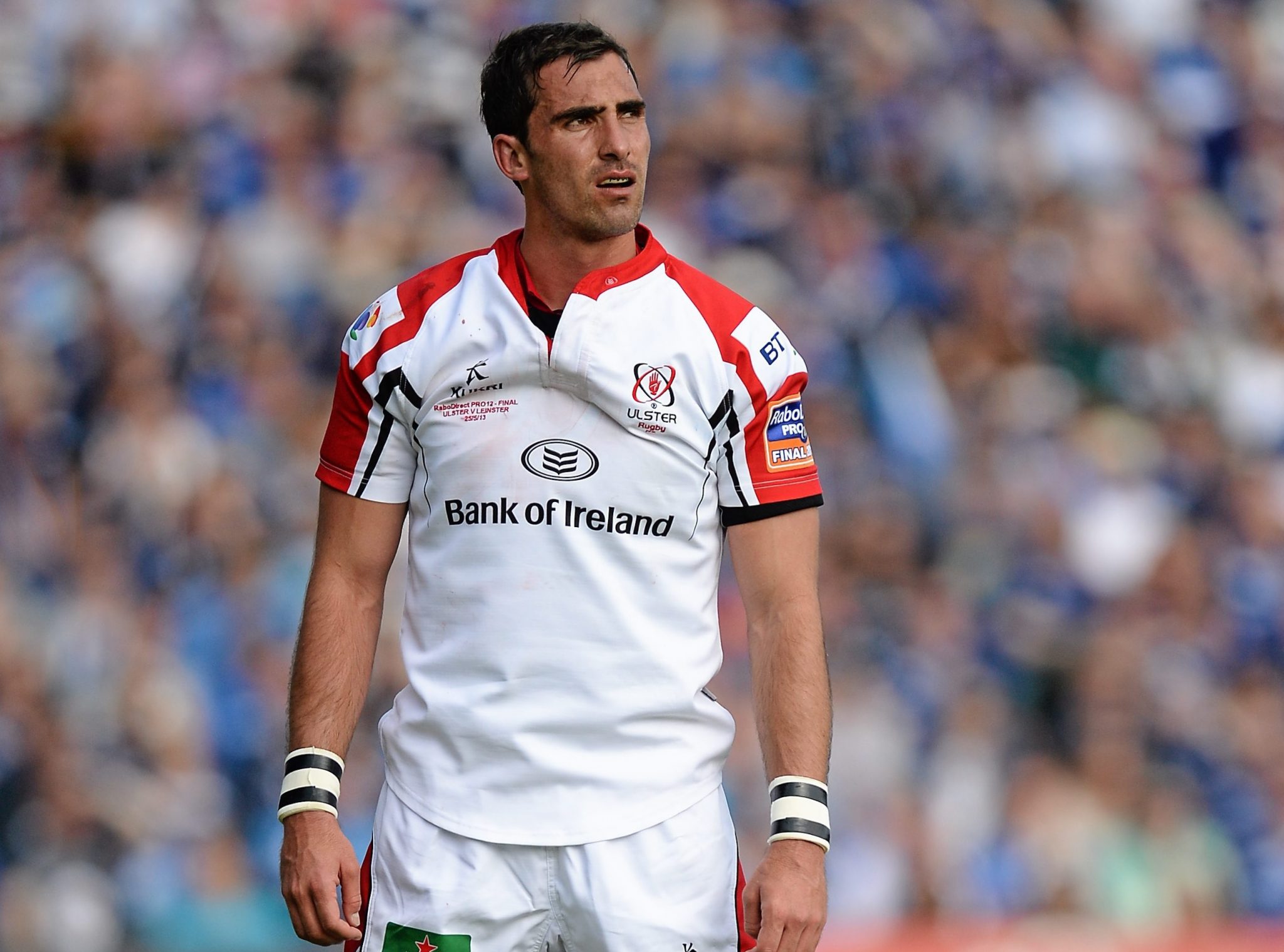 Leinster raced into a 10-0 lead after 20 minutes and although Ulster got a bigger allocation of 'home fan' tickets, the Blues faithful did a good job of snapping up the neutral seats. It was anything but a home tie for the Ulster men.

END_OF_DOCUMENT_TOKEN_TO_BE_REPLACED

Still, Trimble and his House of Rugby co-host Barry Murphy recalled how Ulster back-row Robbie Diack let a great try chance going a-begging in the first half while several of his teammates were guilty of conceding some poor penalties. Trimble commented:

"That was hard to watch. I was getting so ratty, watching that game back. So, we always had this thing in our head - when John Lacey refs us, we don’t win. We can’t win when Lacey is in charge.

"And that’s what I’ve always had in my head. And Pienaar especially - Lacey walks into the dressing room and Pienaar goes, ‘We can’t win’! But, watching the game back, we were so stupid. Some stupid penalties."

Murphy agreed that Ulster's discipline left a lot to be regarded and noted a crucial Chris Henry involvement that led to a kick to touch that Leinster took full advantage of.

MURPHY: I’m sorry Chris, to throw you under the bus, but the penalty on 60 minutes was a big moment. That was when Jamie Heaslip got his try [to make it 24-15] after they kicked to the corner.

TRIMBLE: Was that the one with his foot? When he kicked it out of the back of the ruck? I remember Chris telling me at one stage that he felt he could trick referees by grabbing the opposition by the arm and patting the ball back with their own hand.

MURPHY: There’s the talk of a typical Number 7!

TRIMBLE: He didn’t get away with it that time. And there were loads of other… Johann gave away stupid penalties. Robbie, Chris…

With the benefit of hindsight, Trimble feels Lacey was well within his rights to award a lot of the penalties against both sides over the 80 minutes.

END_OF_DOCUMENT_TOKEN_TO_BE_REPLACED

"John Lacey gave loads of penalties for tackler not releasing," he said, "and it must have been - again, I don’t know what year that law was brought in - but it must have been close enough. Because we hadn’t a clue. And, to be fair, a couple of Leinster penalties as well. It’s just that we didn’t understand the rule."

Pienaar nailed a penalty on the right-hand side of the pitch, just a few metres inside the Leinster half, to make it 24-18 but Ulster could not find a try in the final 12 minutes as Leinster held on to give Schmidt a winning send-off.

"Just to clear one thing up," Trimble stated, "we were wrong about Lacey 100% that day. When I watched it back, literally every single decision he nailed. And we were just complaining and bitching and moaning, and we were so stupid. So just to completely vindicate Lacey, he was spot on and he was brilliant that day, to be fair."

Looking back at that Ulster squad they had between 2011 and 2015, it is astonishing how they did not pick up some silverware along the way.


popular
We knew Sean O'Brien wouldn't let us down with his Lions XV
'Make him hurt, make him yours' - How the Springboks ruled the world
Jose Mourinho is about to step up and become the hero football needs
Springboks legend Tendai Mtawawira tells us what he really thinks of Ellis Genge
In 86 seconds, Patrick Bamford becomes English football's voice of reason
Saudi prince 'prepares £4bn Manchester United takeover'
Manchester United owners have reportedly set price for sale of the club
You may also like
3 weeks ago
Everything you need to know about this year's Fairyhouse Easter Festival and Irish Grand National
1 month ago
5 really simple fitness tips you can do at home
1 month ago
Feeling they're not "good enough" prevents teenage girls from taking part in sport, research reveals
3 months ago
Marcell Coetzee tells House of Rugby about his vow to Ulster
4 months ago
Visit Vodafone’s Pop-Up Shop at JOE with heaps of offers on smartphones, smartwatches and more
4 months ago
"If you don't have a seat at the table, you're probably the one being eaten"
Next Page