When 'The Punisher' destroyed Ireland's chances of history in South Africa

Ireland never knew what hit them.

A move to France in 2019 all but ended the Test career of 'The Punisher' but the writing was already on the wall at that stage.

END_OF_DOCUMENT_TOKEN_TO_BE_REPLACED

In June 2016, Ireland were reduced to 14 men against South Africa at Newlands Stadium and still managed to record their first ever away win. Joe Schmidt's Ireland made history in Cape Town but there was a sense, back then, that they let a golden opportunity slip away. Four years on and that eventual series loss is still hard to take.

Ireland lost fullback Tiernan O'Halloran to a bad injury after only 10 minutes but, buoyed by their Cape Tow win, raced into 19-3 lead at half-time.

Ultan Dillane and Andrew Trimble were both on that 2016 tour to South Africa and, on the latest episode of Baz & Andrew's House of Rugby, told Barry Murphy about the debutant that helped inspire a devastating comeback. 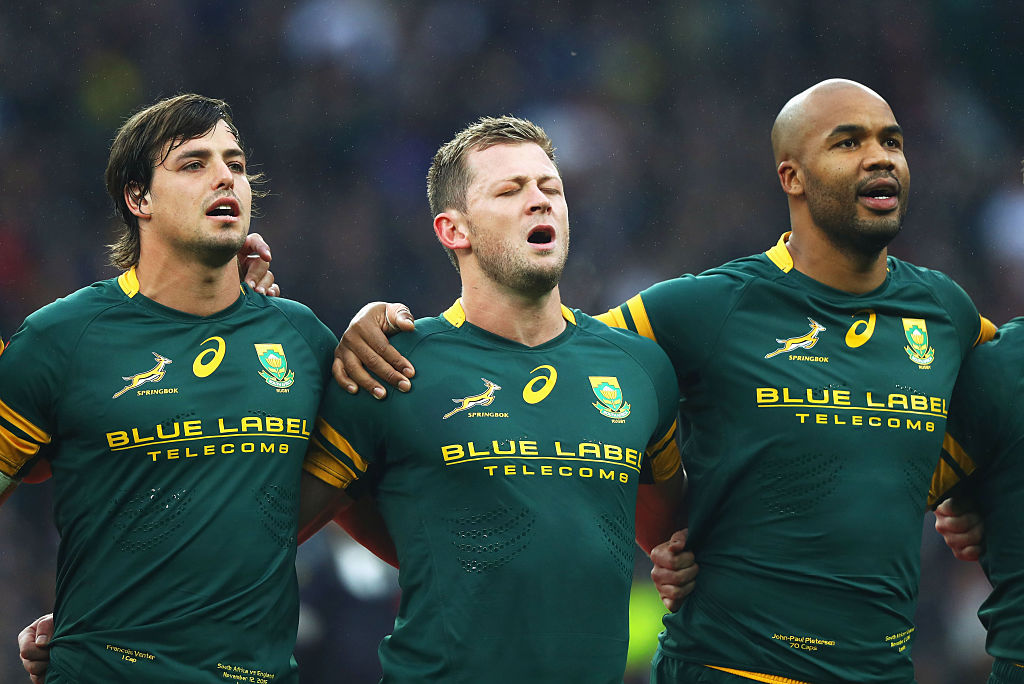 END_OF_DOCUMENT_TOKEN_TO_BE_REPLACED

Springboks coach Allister Coetzee clearly felt that he needed to change it up at half-time in the Second Test. With his side trailing by 16 points, De Villiers brought on back-row Warren Whiteley and winger Ruan Combrinck for Duane Vermeulen and Lwazi Mvovo.

Reflecting on that series, Trimble and Dillane discussed how Combrinck inspired the South Africans and helped them turn the tables.

TRIMBLE: Obviously Cape Town was such a big moment but it was a shame that we didn't back it up. We were beaten in Johannesburg the following week and I don't know what it was - the altitude or the fitness or whatever.

DILLANE: Oh man, it was Ruan Combrinck when he came on. Insane. The destroyer.

TRIMBLE: Or what was it, they called him?

DILLANE: The Punisher! What the hell, man. He was incredible. And we weren't prepared for him. He was on the profiles - because we had to study players before the game - but we didn't think he was going to be that good.

TRIMBLE: No, we hadn't heard much about him but it was only afterwards that we heard, 'This guy rates himself'. He's the sort of fella...  think he christened himself The Punisher! He just changed the game.

END_OF_DOCUMENT_TOKEN_TO_BE_REPLACED

Ireland had to soak up some pressure in the early stages of the second half but repelled the Boks until a wonderful Willie Le Roux line-break teed up Combrinck for a scoring chance. The 26-year-old, making his Test debut, made short work of Paddy Jackson's covering tackle.

It was a brutal and impressive carry from the Lions winger and it certainly roused the home crowd.

As great as that score was, Ireland responded with their second try of the game through Jamie Heaslip. Paddy Jackson converted and Ireland again led by 16 as the game headed into the final quarter.

Combrinck and Whitely were in full super-sub mode, however, and the replacement No.8 powered over for the host's second try on 62 minutes. Schmidt began to dip into his replacements but the Boks had all the momentum. Pieter Steph Du Toit scored with 10 minutes to go and Damien De Allende's converted try put Ireland three behind with five to play.

Elton Jantjies added an insurance penalty and the comeback was complete. From 26-10 behind, South Africa won out 32-26 and the series was back in the melting pot. Between then, Combrinck and Whitely had scored two tries, made 13 carries for 114 metres, two clean breaks, beat four defenders and contributed three turnovers.

It was no surprise, then, that Coetzee selected Combrinck and Whiteley in his starting XV for the decider in Port Elizabeth. Ireland led 10-3 in that match but a JP Pietersen try before half-time proved crucial and South Africa won out 19-13, with Combrinck even contributing a second half penalty.

Combrinck scored another try against Argentina during The Rugby Championship, two months later, but that was as good as it got. He made four more Test appearances in 2016 and the Boks lost all four.

And that was it. A six-month Test rugby career and it was all over for Ruan Combrinck. There was some consternation from Springboks supporters in 2017 and 2018 when he did not feature and Combrinck jetted off to Stade Francais in 2019.

The Punisher's candle burned brightly but all too briefly.


popular
Liverpool set £60m Mo Salah price as contract talks continue
QUIZ: How many of the 10 most successful football counties can you name without making a mistake?
Patrick Vieira claims he was 'much better' than Roy Keane in new interview
Matt Le Tissier says he asked Sky Sports why they never sacked Jamie Carragher
Éamonn Fitzmaurice explains Aidan O'Shea's best position and how it can be used against Kerry
Two All-Ireland quarter-finals to be streamed exclusively live on NOW
Ex-Real Madrid defender reveals he used to turn up to training drunk
You may also like
1 week ago
"Hopefully we'll come away with a gem" - Joe McCarthy potential sealed Ireland selection
1 week ago
Andy Farrell had an interesting take on Irish provinces being outmuscled in big games
1 week ago
Nathan Collins stuns Ukraine with goal sweeter than Michael Obafemi's
1 week ago
"I got sent the clip!" - Mack Hansen wasn't letting Greg O'Shea forget his Ireland comments
1 week ago
Ireland team Andy Farrell should start in First Test against the All Blacks
1 week ago
Five new faces in 40-man Ireland squad to tour New Zealand
Next Page