Nicknamed 'Pablo Escobar' because he is considered such an upper-level operator within the Ulster and Irish squads.

Rory Best is tougher and more ruthless than most give him credit for.

This is a man that went toe-to-toe and shuttle run to shuttle run with Jerry Flannery for the Ireland No.2 jersey and who effectively operates as an additional loose forward, as well as doing the fundamentals of his job to lofty, Test standard. He is also one of the best ref-whisperers in the game.

He may be affable and humble in his role as Ulster and Ireland captain, but he is undoubtedly the top dog for province and country and has no hesitation in letting his fellow teammates know all about it.

During the latest episode of Baz & Andrew's House of Rugby [from 21:00 below], Ulster and Ireland winger Jacob Stockdale revealed the ingenious metric Best put in place at Kingspan Stadium to ensure he got the best seat in the changing room. 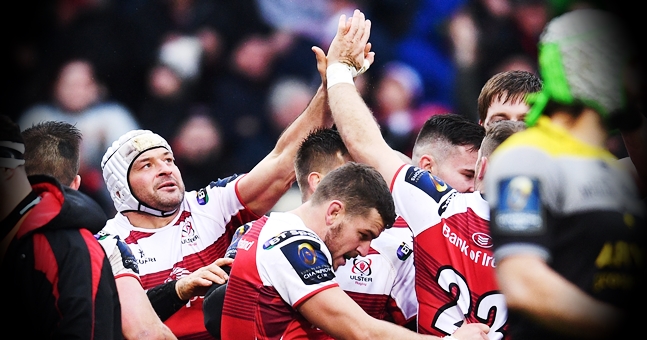 Stockdale was offering some insight into the top dogs with Ireland - Best, Johnny Sexton, CJ Stander and Peter O'Mahony - when Trimble quizzed him about the Ulster set-up. Asked who the 'untouchables' at Ulster are, Stockdale replied:

JACOB: "Probably myself… (laughs)… Yeah, well, obviously, Besty. Like, I mean, realistically, yeah. He’s had that top changing room spot for… like, he literally created a system in the changing room so that he’d stay in his changing spot!”

ANDREW: “I know! I had more Ulster appearances than him.”

JACOB: “And he was like, Okay, we’ll make Ireland caps worth three’, so nobody could get anywhere near him! And Lions caps are worth around five. He created a formula where his score is 800 and everyone else is at about 90!"

ANDREW: "His system has worked well for you. You've shot up."

END_OF_DOCUMENT_TOKEN_TO_BE_REPLACED

So, under Best's system, Ulster caps are worth one point and Ireland caps are worth three. That is enough to see him get the number one seat along the back wall of the Ulster changing room.