"You can't ever explain to them how much it meant to me at the time."

Rory Best, we think you just did. For Tadhg Furlong and Cian Healy, it was a gesture of respect. To their departing teammate, it meant the world.

Ireland's World Cup adventure in Japan was not supposed to go the way of the others. Joe Schmidt had honed a squad of players with immense talent and a winning mentality.

By the end of 2019, they left the World Rugby awards with the accolades for Best Coach, Player and Team. If they successfully defended the Guinness Sx Nations trophy they had won in Grand Slam style, in 2018, they would go into the World Cup warm-ups as the planet's undisputed number ones.

The 2019 Six Nations, though, saw the first stumbles and most Irish fans were wringing their hands with worry after England doled out a fearful warm-up beating at Twickenham. A string of wins over Wales (twice) and Scotland papered over the cracks but Japan exposed an Irish team no shot of confidence before New Zealand finished the job in the quarter finals.

For Ireland captain Rory Best, who had four World Cup cracks, and his teammates, there would be no trip to the last four and beyond. It was a bleak way for the Ulster legend to retire from the game. 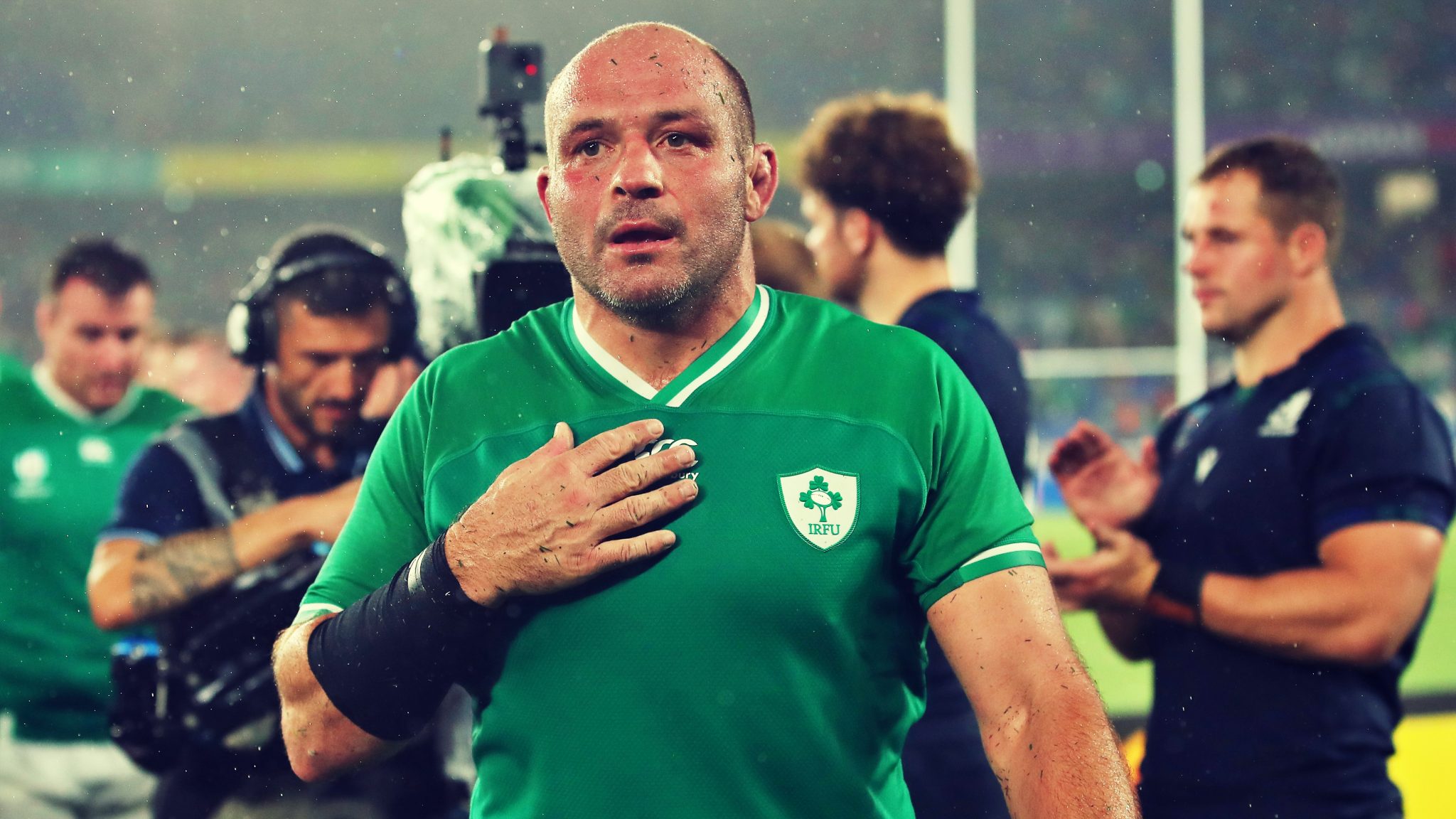 Best joined host Alex Payne and former England flanker James Haskell on House of Rugby to look back on his long and successful career, but one that ultimately ended with history not being made in Japan.

The retired hooker spoke extremely well about the final moments of his career, after Ireland had emphatically lost to the All Blacks, and the touching gesture from his front row colleagues Tadhg Furlong and Cian Healy.

END_OF_DOCUMENT_TOKEN_TO_BE_REPLACED

"We got into the changing rooms and it seemed like an eternity that nobody spoke," Best recalls. "I was speaking to some of the backroom staff that were there and they said they have never been in a changing room like that in their lives. There were boys upset. I was obviously very emotional.

"There's just little waves that hit you, where it dawns on you, that when they pulled the jersey off that that'll be the last time, in a playing context, they could take an Irish jersey off. It's incredibly sad.

"Kids were in there and Richie [my youngest son], he didn't really get his head around it. He was looking to go around and have the craic everyone. You're kind of going, 'Get back here. Do not say a word to anyone!'

"Because we went there and we wanted to create Irish history... and we'd fallen short and it was incredibly frustrating and emotional for me. What probably made it worse was once everyone had gathered their thoughts a bit, Tadhg and Cian, who I played a lot of Tests with and was very friendly with both, they both gave me their shirts. It was as if to say, 'Listen, we want you to remember this as our last game, as this front row. We want you to have our Test shirts'."

Best says that lovely gesture came at a time when he had sipped on a beer in the changing room and was just about getting his head around Ireland's heartbreaking World Cup exit.

"And then these two giants of world rugby give you their shirts," he adds, "and you see what it means to them. And you can't really ever explain to them how much it meant to me at the time."

Cian Healy, Rory Best and Tadhg Furlong had been there for some of the best moments in recent Irish rugby history. They all first shared the pitch together, on the world stage, when Ireland defeated the All Blacks for the first time in their history, at Soldier Field, in 2016.

Best and Furlong made the 2017 Lions Tour to New Zealand while Healy regained the No.1 green jersey after an impressive tour to the USA and Japan that same summer. For the next two years, as the likes of England, France, Wales, Australia, South Africa and New Zealand were all beaten, it was Healy-Best-Furlong in that starting front row.

Rory Best will have received lots of rugby memorabilia and jerseys over his 15 seasons of professional rugby, but you can tell how much he will cherish the Ireland shirts of Cian Healy and Tadhg Furlong for years and years to come.


popular
Peter Queally vaults into Bellator title picture with stunning win over Pitbull
Gatland comments give insight as to why CJ Stander missed Lions call
The Garry Ringrose narrative around the Lions Tour is complete bull
Offaly star Mairéad Daly's remarkable comeback from double ACL injuries
The SportsJOE 12 o'clock quiz | Day 347
The English media reaction to Lions squad announcement was suitably spiky
'Jesus Christ! How am I going to put up with this lad for nine weeks?!'
You may also like
1 week ago
Tadhg Furlong declared 'single most important player for Lions touring party'
1 week ago
"It's going to be the biggest thing in this person's life, ever" - Rory Best reveals his Lions captain pick
1 week ago
When Gordon D'Arcy brought a coffee to a Joe Schmidt walk-through
1 week ago
Full Ireland ratings as Murphy-Crowe and Flood make the difference
2 weeks ago
Cliodhna Moloney's commendable attitude after Ireland's bumpy landing
2 weeks ago
Full Ireland ratings as France deliver resounding Dublin victory
Next Page