"Rory Best had an amazing career. He was a warrior" - Jerry Flannery

"Locally, in Ulster, everybody looks up to Rory. They always have... he's not just a leader. He's a guy everyone gets on well with and, culturally, he's right in the middle of everything."

Ulster Rugby has already said its goodbyes to Rory Best. Irish fans, and players, would have preferred to bid farewell to their captain in early November but the end came sooner and in a more brutal fashion.

Best was tasked with leading Ireland from 2016 to 2019 and helping to get the side back on track, and competing with the best, after the crushing disappointment of the 2015 World Cup.

He had captained Ireland before, back in 2012, but as the permanent captain he led Ireland to a 2018 Grand Slam and victories over South Africa [home and away], Australia [summer series] and their first ever Test wins over New Zealand.

Looking back to that November 18 night, last year, that was the high for Best and this Ireland side. 2019 saw them falter and saw teams figure them out. There were worrying losses and redemptive wins along the way but the All Blacks emphatically put paid to their World Cup ambitions at Tokyo Stadium and another dream turned to dust.

At 37-years-old and after 124 caps for Ireland, it is all over for Rory Best. On the latest episode of Baz & Andrew's House of Rugby, Andrew Trimble and Jerry Flannery [from 43:00 below] looked back on all Best gave to the Irish rugby cause and discussed how he stayed relevant through four World Cup campaigns. 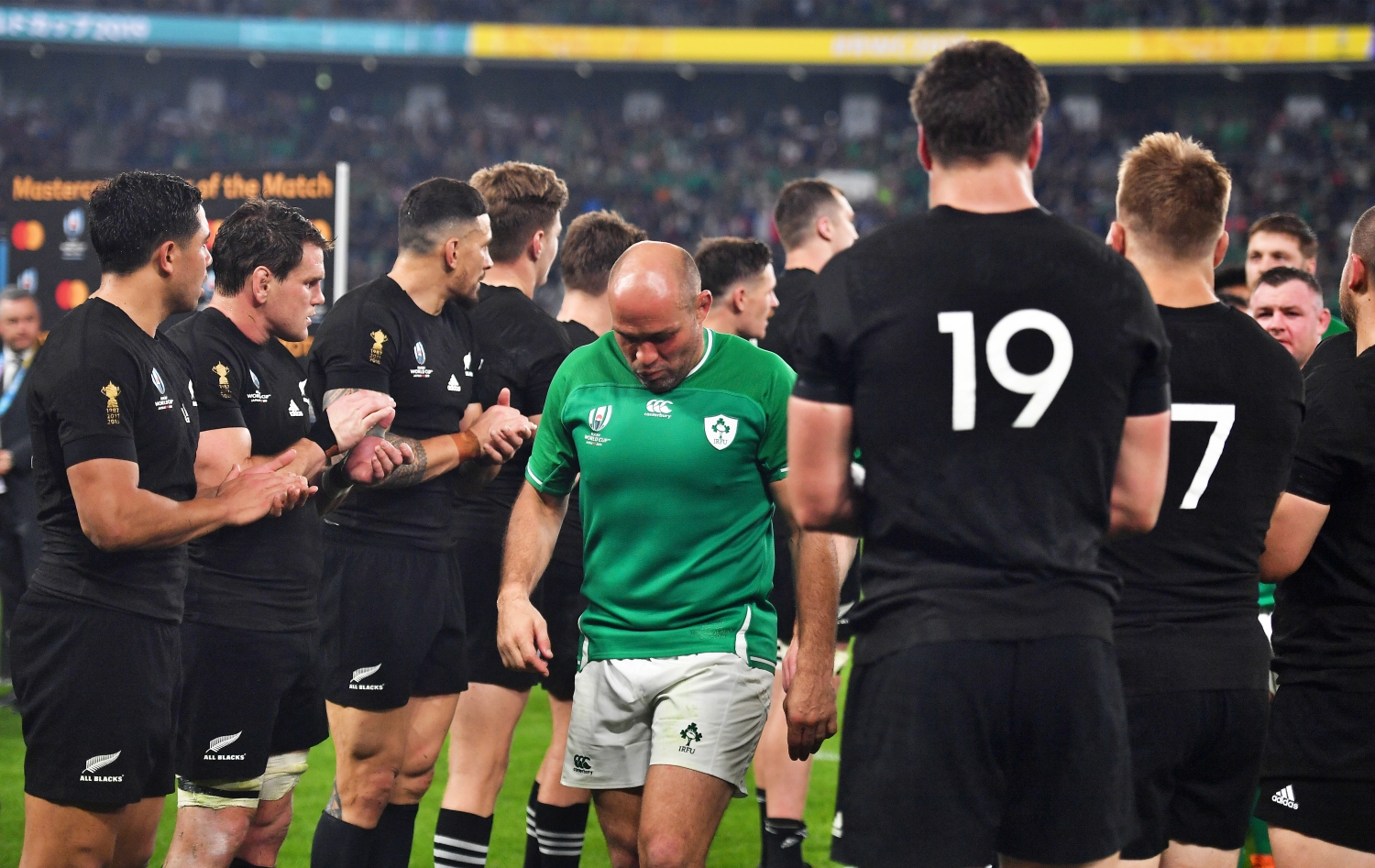 Rory Best is applauded from the field after Ireland's 46-14 loss to New Zealand. (Photo by Brendan Moran/Sportsfile)

Flannery and Best were rivals for the Irish No.2 jersey for six years but the former Munster hooker is in awe over the sheer length of his old foe's career at the top level.

"I don't think I would have had anything near the durability of Rory because Rory is naturally... he was the fat kid when he came into camp. He was naturally big. Whereas I was always trying to lift weights to build myself up, just to compete with him.

"I saw the penny dropping with him, over time, where he thought, 'I just have to work a bit harder on keeping my weight down and getting fit'."

END_OF_DOCUMENT_TOKEN_TO_BE_REPLACED

Trimble notes that Best and Chris Henry were two of Ulster's standard-bearers when it came to fitness work and extras, and that they set the tone up there.

"His durability is phenomenal," Flannery adds. "To win 120 caps as a hooker is just... I don't know how! And that's just one aspect of it.

"To play 120 Tests and keep going into the same job the whole time, when the pressure keeps growing. Once you get to 32, people will start going 'Ah, I think he's finished' and they're just constantly waiting to get you out the door. They're not allowing you time. They are actively trying to get rid of you.

"And then to see all these young guys coming up. Like, himself and Denis Leamy [pictured below] are best mates and when Leamy retired from the game [in 2012], I said to myself, 'That's going to be hard for Rory, now'. But Rory just keeps on reinventing himself and staying relevant.

"To be able to stay relevant to this younger group of players, I spoke to Paul O'Connell about it [before]. You just have to keep working down to their level and chatting to them, but it's hard." 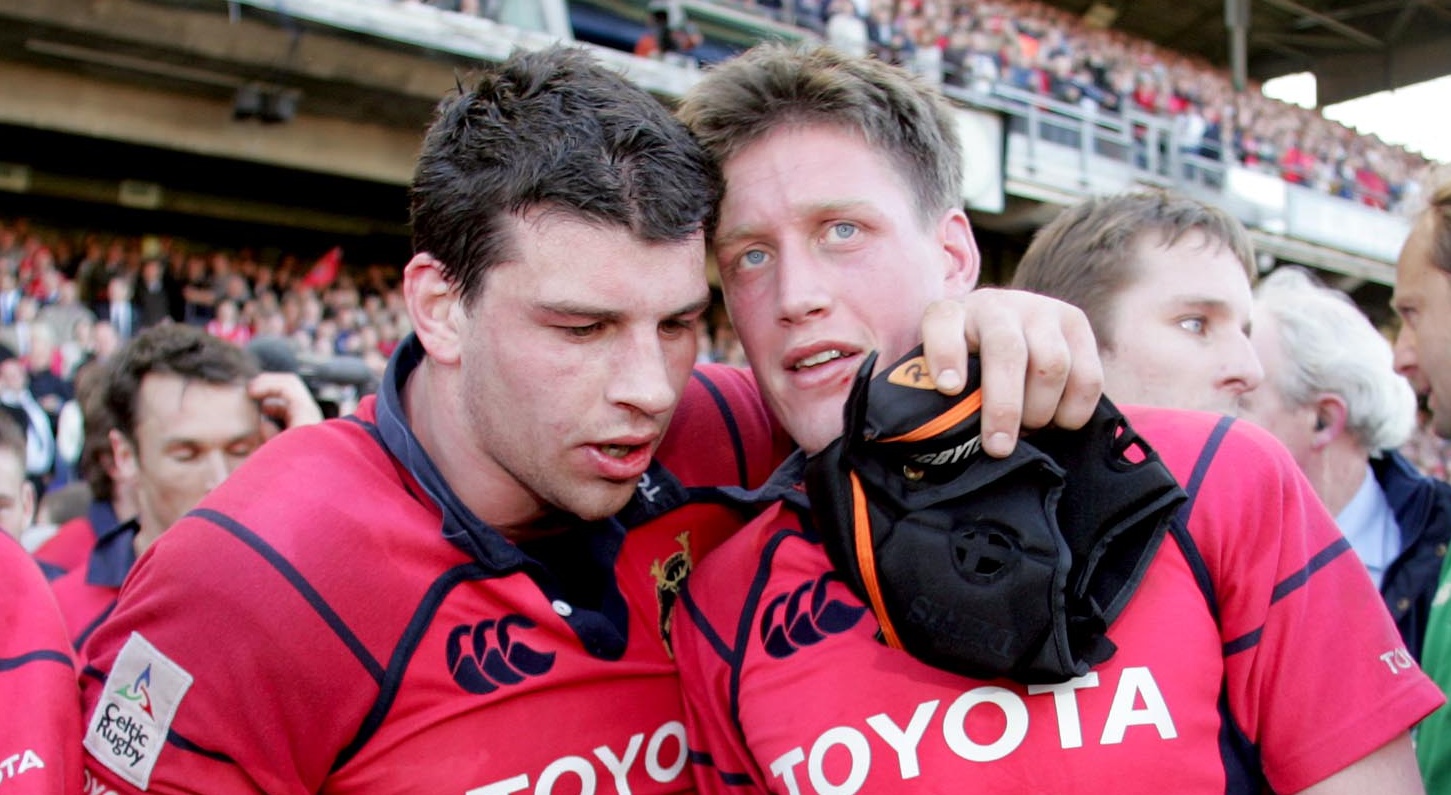 Trimble says there is a genuineness to Best's leadership and that never needed to change. On the pitch, he kept adding to his game and working to stay ahead of the younger hookers that had designs on his place.

"He grew his game," says Flannery. "I remember when I was at Munster and Sean Cronin was coming through the academy, and I was like, 'Oh f***'. This guy, I can't compete with his level of athleticism so I have to find what my strong points are - being strong at set-piece and being unbelievably fit.

"To see Rory, then, competing with Sean, Richardt Strauss, Rob Herring, James Tracy and Niall Scannell, you saw he focused on his fundamentals but he was also a clever footballer and his breakdown work over the last few years was great. I used to say to the young lads at Munster, 'Look at the way Rory Best keeps evolving. As he loses pace or a bit of an ability to win a collision, he finds other ways'... he's had an amazing career. He was a warrior, that way."

END_OF_DOCUMENT_TOKEN_TO_BE_REPLACED

Flannery is not having people, now, saying, 'It's a pity it had to end like this'.

"To get a 120 caps and lose to a team that is way better than you at the World Cup... you don't have a God-given right to anything. You get what you deserve."

For Trimble, Best would only have been satisfied with a World Cup final win. He fell two steps short of that goal but he achieved a hell of a lot before he hung up that No.2 jersey on its dressing room peg for the final time.

The latest episode sees Andrew Trimble and Jerry Flannery look back on Ireland's World Cup exit to New Zealand and the legacies of Rory Best and Joe Schmidt.


popular
QUIZ: Can you name the Football Italia cult heroes? | Part 2
Justin Gaethje tells Conor McGregor to wait his turn
The SportsJOE 12 o'clock quiz | Day 72
SportsJOE 2000s Football Quiz | Round 3
Only a true nerd will get full marks in our 2016 football quiz
The SportsJOE 12 o'clock quiz | Day 71
QUIZ: Correctly identify these World Cup 2014 players from their stickers
You may also like
1 day ago
You'll be hard pushed to get full marks in this Serie A quiz
2 days ago
Tadhg Beirne on the Wayne Pivac request that helped change his career
5 days ago
Baz & Andrew's House of Rugby - Tadhg Beirne and John Cooney
1 week ago
'We knew how much it meant to them' - Conrad Smith on Croke Park history lesson
1 week ago
"I was like, 'Your ribs will be broke, alright, if I get my hands on you again!'"
1 week ago
Baz & Andrew's House of Rugby - Mike Brown on past battles with Ireland
Next Page