O'Gara gave away his Grand Slam jersey, but Jones came to the rescue

One of the most iconic moments in Irish sport in the 21st Century.

If someone says the line "drop at goal..." your brain goes into autocomplete quicker than a Leo Varadkar election video. You can probably see the scenes unfold in your mind's eye right now; the desperate Welsh defence clawing at thin air, the camera switching to behind the goal, the brief point to the sky from the already-turning Ronan O'Gara.

As you might expect, O'Gara's own assessment of such a clutch moment is that of routine. Speaking to SportsJOE ahead of the 2020 Six Nations, he insists that was just another moment in the game;

"That's what you're put on the pitch to do, that's my bread and butter, that's what you've got to do. You create moments like that, you know it's either coming down to a penalty or a drop goal, so you're just basically trying to organise your forwards in terms of what potential pattern are we playing, because obviously for a drop goal pattern you'd have a pre-planned kind of zig-zag pattern about keeping yourself potentially to the left of the posts so you have a better angle at kicking it. Little things like that." 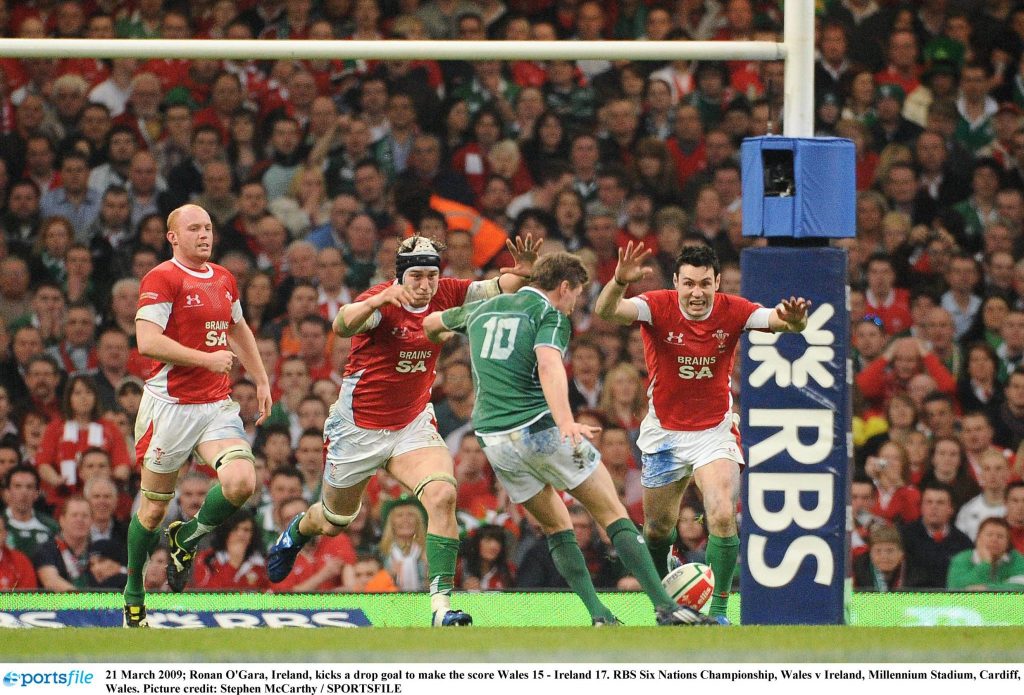 The final few minutes in Cardiff were very much a tale of two fly-halfs. Welsh number 10 Stephen Jones slotted a drop goal in the 76th minute to edge Wales back in front, and put Ireland in the strange position of potentially losing the game (and the Grand Slam) yet still winning the championship. That Jones drop goal is an oft-forgotten moment in that game, with many fans instead remembering his penalty that fell a metre short with the clock in the red. But he had one more decisive kick in those last five minutes; and it went Ireland's way.

As Ireland kicked off, their task was clear: create one more opportunity for a drop goal or force a Welsh penalty. O'Gara went deep to the edge of the Welsh 22, the ball was passed out to Jones, who booted it into the Irish half and out of touch... but the ball had been carried back inside the 22, and as a result Ireland found themselves with the put-in to the lineout well within range for O'Gara. On such fine margins, games can turn. O'Gara says it was crucial in creating the drop goal for him;

"That was the key point. The key point was Stephen Jones kicking it out on the full, that was the massive opening that we probably didn't expect but that's what happens in pressure situations, fatigue, a reliable player like him came up with a big error really and that gave us a chance."

The rest, as they say, is history. 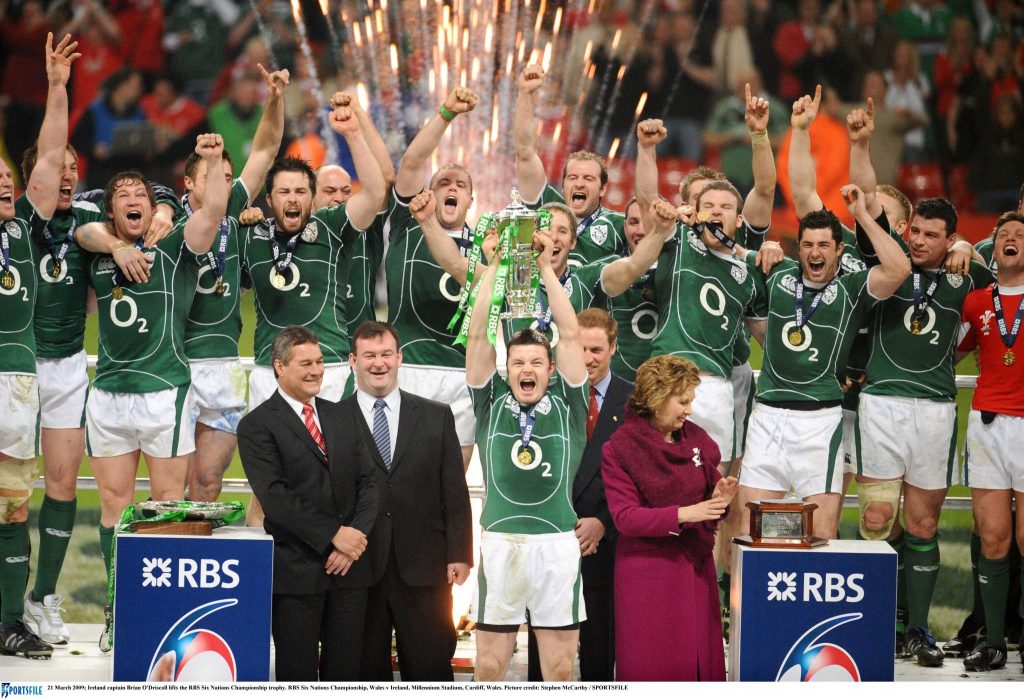 END_OF_DOCUMENT_TOKEN_TO_BE_REPLACED

But there's an interesting footnote to the win. In the picture above, between the ticker tape and the sea of green on the podium there's a splash of red. O'Gara had already swapped his jersey with his opposite number. He told SportsJOE that it just felt like the right thing to do;

"I would've obviously had a good few battles with him over the years with Wales and Ireland, with the (British and Irish) Lions, and became friendly so it was... I had a big moment and he had a big moment and it didn't go his way, but there's other days it goes his way. It just felt natural to swap jerseys, very natural."

But when the celebrations settled down, he realised that he'd given away such an iconic jersey. But, Stephen Jones had other ideas;

"It never came into my head that it was a Grand Slam jersey... but he was so decent, months or years after the event he sent me back my jersey which I thought was really decent of him."

Mark of the men.

Ronan O'Gara will be providing analysis throughout the Six Nations for Virgin Media One, who will broadcast all 15 games of the tournament live.

popular
"I was like, ‘My ear is hanging off my head. Can you not see that?!'"
"Hang on lads, there is more to life outside of Dublin" - Connellan is a rebel with a cause
The SportsJOE 12 o'clock quiz | Day 307
Japanese rugby players living off the classic Irish school lunch for pre-match-meal
QUIZ: How well do you know Manchester United players of the 2010s?
QUIZ: Identify the missing sponsors from these football jerseys
QUIZ: Name all 50 of these 2000s Champions League players – #4
You may also like
2 days ago
"I’ll work towards getting into the real world and start another life" - Johnny Sexton
3 days ago
'We haven’t performed to the standard that everybody else expects us to"
3 days ago
Conor Murray's injury scare and how it could have altered Irish rugby history
3 days ago
French Covid crisis as Charles Ollivon and four more test positive
4 days ago
36-man Ireland squad announced for Italy clash
1 week ago
Tomás O'Leary calls for Craig Casey to get No.9 jersey for Italy
Next Page