France, New Zealand, Crusaders, La Rochelle. Ronan O'Gara was a man in demand and he will hope that he made the right call.

On Saturday, July 6, Ronan O'Gara could be on the sideline with Crusaders as they defend their Super Rugby crown. The Cantabrians are the form club team in the southern hemisphere, these past few years, so O'Gara could leave New Zealand with a second title to celebrate, and on the coaching CV.

Then, on Tuesday, July 9, pre-season begins for La Rochelle. Should Crusaders make another final, there will not be much time to soak in the achievement. 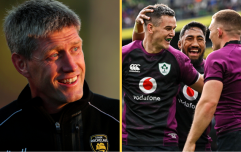 END_OF_DOCUMENT_TOKEN_TO_BE_REPLACED

It was confirmed, on Wednesday morning, by Stade Rochellais president Vincent Merling that O'Gara would be joining the club next season as head coach. The former Ireland international will be working under Jono Gibbes and with Gregory Patat and Akvsenti Giorgadze.

O'Gara replaces Montpellier-bound coach Xavier Garbajosa and will have a greater responsibility for the day-to-day running of the senior squad. Gibbes will look after the overall club structure, including the academy and player recruitment.

O'Gara, a former defence coach with Racing 92, has been linked with La Rochelle from as early as March of this year but, up until this week, Gibbes and club officials denied he was on his way.

The 'head coach' role, and the fact that both he and his family enjoyed their three and a half years in France (up to December 2017), is why O'Gara chose a club side over helping the French national team out.

There is speculation in New Zealand that Scott Robertson could take over the All Blacks after Steve Hansen but Ian Foster may yet land that prime position. O'Gara would be forgiven for not wanting to hang around to find out if there was an All Blacks backroom role going.

He has now worked under Laurent Labit, Laurent Travers, Scott Robertson and got some summer tour (2017) experience with Ireland. It is time to take that next step and he returns to an environment he knows all too well. 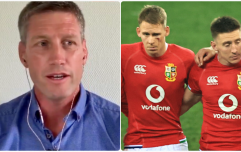 "It probably came down to Liam Williams not hitting Josh Adams... those decisions cost you"

END_OF_DOCUMENT_TOKEN_TO_BE_REPLACED

But why not Munster or Ireland? Johann van Graan is said to be bringing Stephen Larkham in, from Australia, so there may not have been too much scope for O'Gara to come in as a leading voice.

The Cork native, had he wanted to continue on as assistant, would have been a handy addition to Andy Farrell's Ireland set-up but the former England international may have his own ideas that he wants to crack on with.

For O'Gara, this is a very good move. He is back on familiar territory and inherits a team that reached the Top 14 semi-final this season and, unlike many French sides, one that embraced the strength and conditioning side of the game. 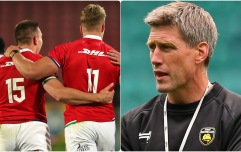 END_OF_DOCUMENT_TOKEN_TO_BE_REPLACED

Back in early 2017, after his Racing side put it up to Munster at Thomond Park, O'Gara was asked if he was itching to get back home and start coaching. He paused, considered, and replied:

"Em, no. Not really because I know what these nights are like. If you want to coach Munster you have to be a really good coach. I'm not a really good coach so I have to work on that and go see how other teams and other cultures work.

"Then, when I get that right, I may be in a position to put my hand up but you've got to earn that."

O'Gara is beating he own path through some unfamiliar territory but, one day soon, it will lead back to where it all started.


popular
Roy Keane cracks up Carragher and Hasselbaink with league title joke
Brian McGrath's powerful interview after county final win is club GAA at its finest
"I've had stick my whole career" - Mike McCarthy on 'Plastic Paddy' jibes and singing the anthem
Marcus Rashford on Solskjaer chat with squad after Man United dismissal
Harry Redknapp describes Man United decision to appoint Ralf Rangnick as 'ridiculous'
"People tend to forget I've managed before and I've done okay in the Premier League" - Keane on the defensive
'Go and get a job' - Ronnie O'Sullivan responds to Shaun Murphy's amateur player comments
You may also like
3 months ago
It didn't even result in a point, but Conor McKenna's bold decision clinched Tyrone win
6 months ago
Ronan O'Gara delivers noble post-match speech as Toulouse win fifth European Cup
6 months ago
Ronan O'Gara will never forget his first encounter with Jonah Lomu 'in his pomp'
7 months ago
"I'd like Ronan O'Gara at Munster in the next 12 months" - Niall Ronan
7 months ago
Ronan O'Gara's post-match interview gives Irish fans glimpse of exciting future
9 months ago
"People associate hardness, ruthlessness and 'Fear of God' with Paul, but that's 1% of him"
Next Page