The current Ireland No.10 followed in the foot-steps of Keith Wood, in Monaco of all places.

World Rugby's annual awards bash have, for the past few years, taken place in the resplendent Principality in the south of France.

Ireland took home prizes for Team [Ireland senior men's] and Coach [Joe Schmidt] of the Year. Added to that, Johnny Sexton saw off the challenge of Beauden Barrett and Rieko Ioane to win World Player of the Year.

END_OF_DOCUMENT_TOKEN_TO_BE_REPLACED

The accolade was for Sexton after he helped Leinster to a cup double, Ireland to a Grand Slam, series win in Australia and a sweep of the November internationals, including a Guinness Series triumph over New Zealand. Ireland have won all nine Test matches Sexton has started this calendar year and his form has been exemplary.

In anticipation of Sexton's pedigree and form being acknowledged at the ceremony, a number of high-profile rugby stars lined up to sing the Dubliner's praises. Ronan O'Gara shared a lovely story that sums up the Leinster star's character. 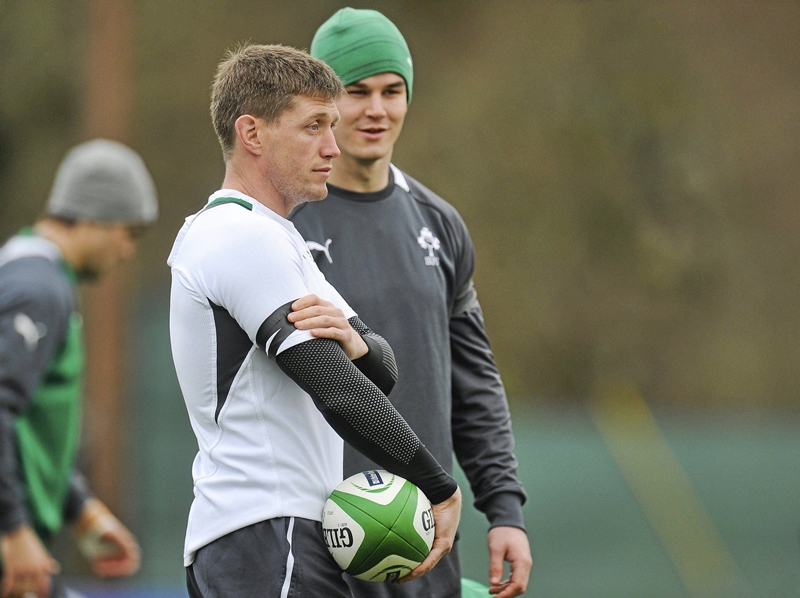 For the guts of four years, Ronan O'Gara and Johnny Sexton were fierce rivals for the Irish No.10 jersey. There was no love lost between them, in the early days, and they went at each other when on opposite side's of the pitch in inter-pro action.

END_OF_DOCUMENT_TOKEN_TO_BE_REPLACED

They came to a working understanding in the national team and O'Gara, as the veteran, was humble enough to play a supporting role to Sexton in his final 18 months in the green jersey.

A true bond was only formed, though, when O'Gara became Sexton's kicking and skills, and then defence, coach at Racing 92 in France. The Sextons and O'Garas struck up a familial friendship over in Paris and that has continued even though both men have moved on.

Ahead of the awards ceremony, O'Gara shared a lovely story about how Sexton piled his family into the car for a long round-trip to Cork before the former Munster and Ireland legend flew out to New Zealand for a job posting with Crusaders.

The man in line to win WPOTY tomorrow night deserves it not only for his on field qualities but also for his off field.Never had it easy,played AIL for years,nearly lost his Leinster contract but kept persevering. A brilliant player, but a better person with great values.

Example. Heard I was moving early to NZ. 90% of people text or on a good day ring!!JS piles his family into the car on a day he should be kicking to do a 650km tround trip to wish me well and shake my hand.Didn’t need to but did... #champ#leader # deserved

These are the moments that O'Gara will long remember when the war stories of games and training sessions fade into nostalgic legend.

Great stuff from both men.


popular
"I've never seen anything like it" - Pitiful Manchester United reach new low at Brentford
Gary Neville highlights Erik ten Hag decision that 'backfired spectacularly' at Brentford
"He can add something to our attacking line up" - Jamie Clarke signs for Northern Irish soccer club
Barcelona allowed to register four new signings, but Jules Kounde misses out
Ranking the best county GAA songs of all-time (32-1)
Erling Haaland registers strange statistic on home debut as Mark Travers keeps the City score down
Roy Keane makes three surprise picks in Man United's greatest Premier League team
You may also like
2 weeks ago
“My confidence was on the deck" - Aaron Connolly explains why he has made the move to Italy
2 weeks ago
Every Irish transfer in football, this summer, as several big deals get done
3 weeks ago
Six Irish players make damn impressive 'World XV' that would take some beating
3 weeks ago
The frontrunners for Ireland's 33-man squad for the 2023 World Cup
3 weeks ago
All Blacks media manager explains why Ian Foster appearance was cancelled after Ireland defeat
3 weeks ago
Warren Gatland selects nine Irish players in his strongest Lions XV, right now
Next Page