The La Rochelle head coach can emphatize with the Kiwi.

France's Top 14 threw up a couple of nail-biters over the weekend, with two sides connected to Ronan O'Gara ending up on the wrong side of the final scoreline.

La Rochelle took on a Castres side that recently made Munster work hard for a Champions Cup win at Thomond Park. Last year's Top 14 and European finalists came into the game having won three of their last four league games and went 24-3 ahead after three tries in the opening 25 minutes.

END_OF_DOCUMENT_TOKEN_TO_BE_REPLACED

Castres answered back with two tries before half-time but La Rochelle looked to have weathered the storm when Ihaia West kicked two penalties, early in the second half, while they were reduced to 14 men [Tawera Kerr-Barlow was in the sin-bin].

That left it 30-17 with half an hour to play, and with their full complement of players back, but tries from Florent Vanverberghe and Vilimoni Botitu - in the space of three minutes - saw Castres go a point clear. La Rochelle rallied to fashion more scoring chances, but there was late pain to endure. 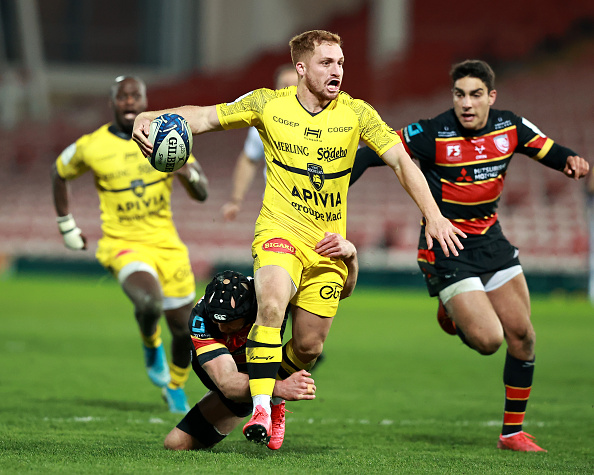 END_OF_DOCUMENT_TOKEN_TO_BE_REPLACED

With two minutes to go, La Rochelle were awarded a penalty just inside the Castres 10-metre line, and to the left of the sticks. West stepped up for the potential match-winner, but his kick hit the post.

The hosts responded quickest to the bouncing ball, off the post, and got to it first, only to lose it forward. Clermont had possession back and came close to getting a try until, after being driven back, they were awarded another penalty.

With the clock now on 82 minutes, and the penalty closer to the posts, West stepped up again but put the kick wide and Castres hung on. Ronan O'Gara, who endured a few similar experiences as outhalf with Munster and Ireland, spoke up in defence of the gutted West after his side's 31-30 loss. He told reporters:

"When you score 30 points away from home, you have to win the game. It's not normal.

"Sport is like that. I will never criticise one of my players. He works hard and always stands up. We'll support him a little more this week.

"We should have killed off the match long before, and not have to had waited until the last second to do so. In the Top 14, we're lucky that we'll get another chance to react quickly, next week. That's what we'll try to do."

Amidst continued recriminations from the Castres bench about refereeing decisions, La Rochelle somehow win another penalty!

Ihaia West steps up, the shot drifts wide and the Castres crowd goes wild! What a finish!#COSR #Top14 pic.twitter.com/aN5rpz6h4v

Racing 92, where O'Gara coached for four and a half seasons, were denied by Lyon in a Sunday thriller. In a back-and-forth encounter that saw six tries scored, Josh Tuivosa's carry and offload opened up the Racing defence in the closing minutes.

There was still some work to be done by Tuivosa's teammates after his contribution, but slick handling saw Baptiste Couilloud get over for the match-winning try in a 37-35 classic.

The results saw Castres leapfrog La Rochelle into fourth placed while Lyon climbed to sixth in the league standings. Bordeaux Begles lead the way on 46 points with Toulouse and Montpellier second and third.

You may also like
14 hours ago
"It's crazy to think Bundee Aki might come straight in and start against Wales"
2 days ago
Owen Farrell praises Johnny Sexton in revealing interview ahead of Six Nations
4 days ago
RFU issue statement following backlash over decision to lower tackle height
4 days ago
Study shows rugby positions you are most/least likely to be injured playing
5 days ago
The two toughest calls in Ireland team to face Wales are in the backline
6 days ago
"He didn't give me that jersey back!" - Johnny Sexton on new rival Jack Crowley
Next Page