'The Human Bulldozer' stars in most brutally devastating try of 2021

Josh Tuisova and Charlie Ngatai out here putting lads into the next dimension. This is what Lyon are capable of.

The Top 14 has borne witness to the most brutally devastating try of 2021. It arrived 25 minutes into Lyon's encounter with Brive, and summed up the home side's complete dominance.

END_OF_DOCUMENT_TOKEN_TO_BE_REPLACED

Lyon ended up winning 41-0 to climb to fourth in the table. They made 620 metres from 175 carries, with the opposition missing 39 tackles. It was that sort of day for Brive.

The try that got all of French rugby talking arrived with an attacking Brive lineout, just outside the Lyon 22. Beka Saghinadze got up to tip the throw back on the Lyon side before scrumhalf Jean-Marc Doussain fed Tuisova to start the counter-attack.

The 17-stone 5lbs Fijian, known as 'The Human Bulldozer', went through the first tackle attempt like a sledgehammer through parchment paper. 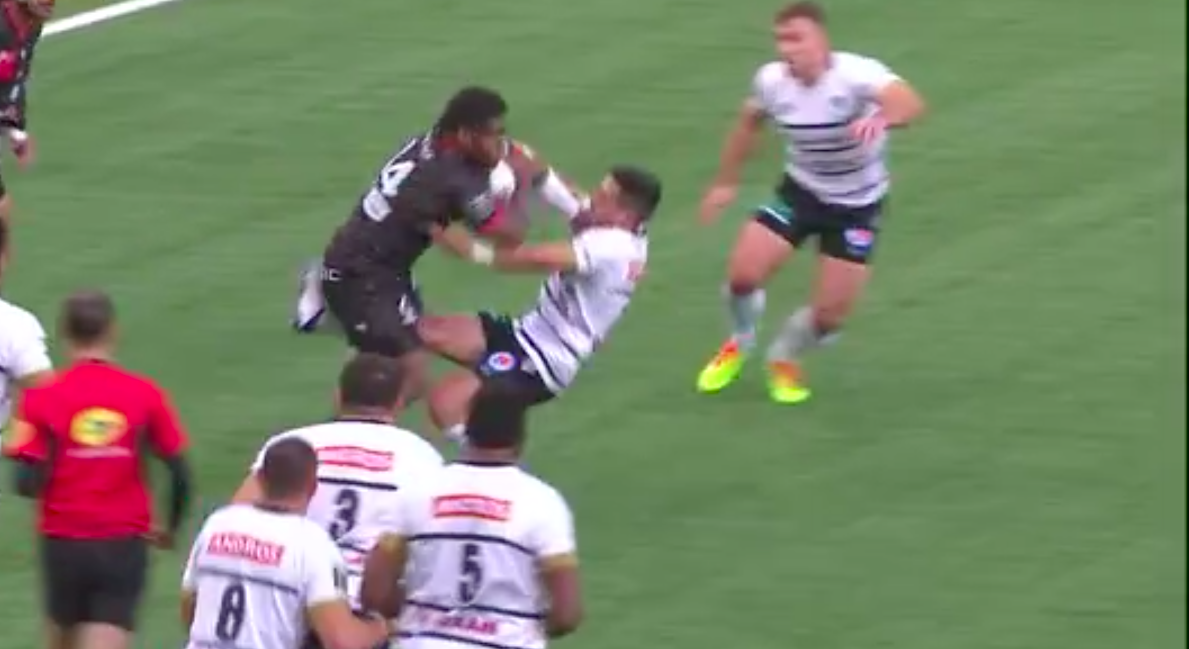 END_OF_DOCUMENT_TOKEN_TO_BE_REPLACED

On Lyon steamed and Josh Tuisova drew in another man before offloading to No.8 Jordan Taufua. His pass was a bit loose, but Leo Berdeu was there to snatch on and keep the attack going.

The Lyon outhalf found Pierre-Louis Barassi outside him. Next man up was the flying Tavite Veredamu, who found Charlie Ngatai charging up on his inside shoulder.

Ngatai, who earned his sole All Blacks cap back in 2015, still had three covering defenders to deal with, over the final stretch, but he did just that. On the tryline, he even found time to deliver a mighty fend to Brive outhalf Tedo Abzhandadze. 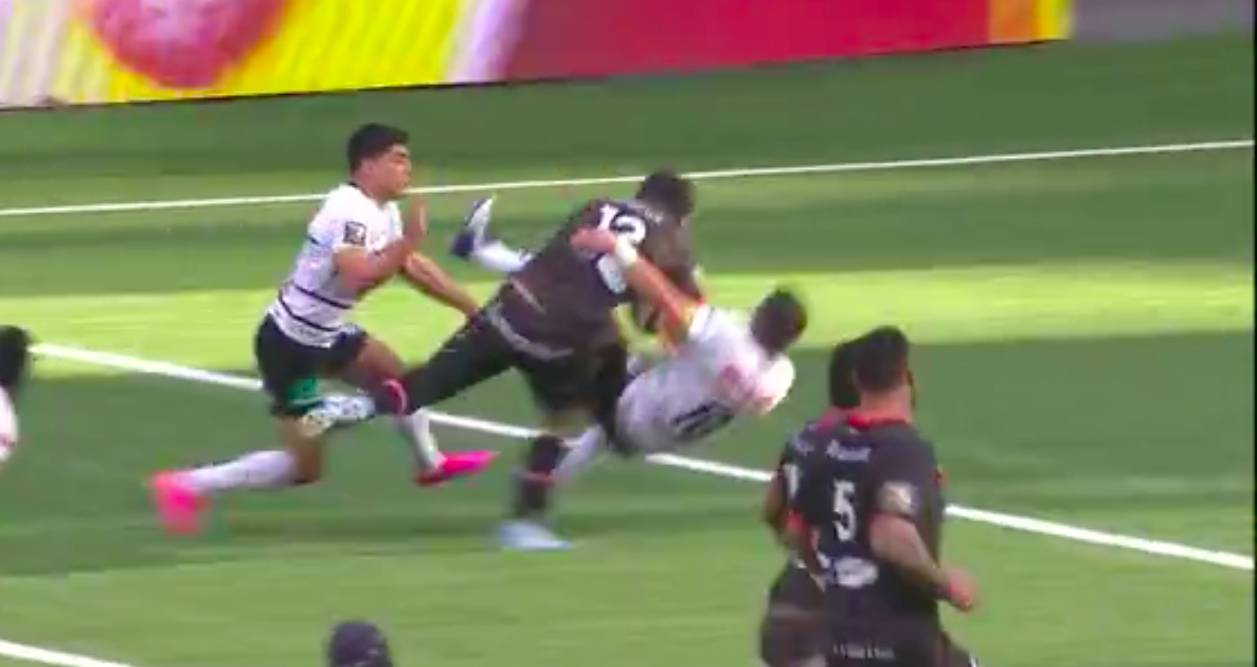 That was only the beginning for Lyon. They went on to score four more tries as Brive completely wilted.

Check out that try in all its' brutal glory:

Up next to face the Lyon attack, with all its Pacific Island power, is Gloucester in the Challenge Cup, on Friday.

Josh Tuisova may miss out on the fun, though, after he was red-carded with six minutes left in that win over Brive.