The former Munster and Ireland outhalf has spoken in glowing terms about the current crop of England stars.

Just under a fortnight ago, Ronan O'Gara was singing the praises of current England head coach Eddie Jones.

On BT Sport's Rugby Tonight, O'Gara offered the English RFU an alternative in their search to replace Jones after the 2023 World Cup.

Speaking with us, last month, the La Rochelle head coach offered what he said was an unpopular view on Jones after England's second successive poor finish in the Six Nations. He commented:

"England will be fine, I think. My view isn't a popular view - I think Eddie Jones is a very smart coach. Like in most things, you can't beat experience. I was in the ground, at Yokohama, when England dismantled New Zealand. It was an exhibition of rugby. It was impressive, at pitch level. It stays with me to this day...

"He's the boss and he structures his team how he wants to, to get them to win a World Cup. From all the evidence of the last 20 years, and with what lies ahead, I think he has a plan. His plan usually works!"

O'Gara appeared on Rugby Tonight, this evening, and did not flinch when asked a question about possibly taking over as England head coach. 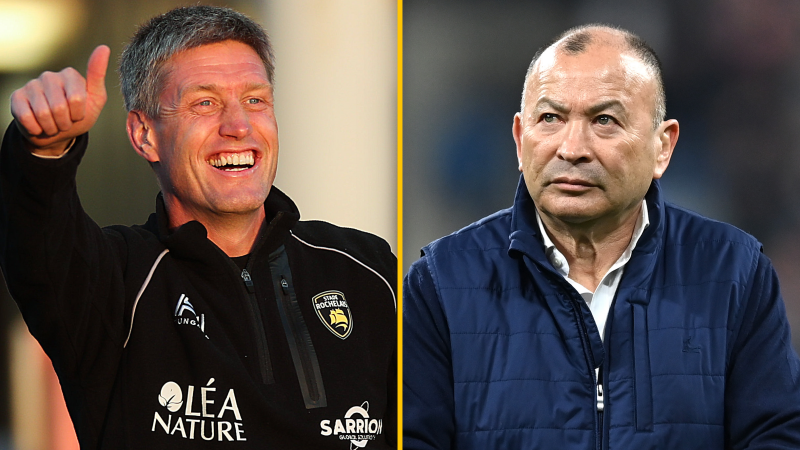 "It would be a great job" - Ronan O'Gara on England

BT host Craig Doyle threw a few viewer questions to Ronan O'Gara during his appearance on Rugby Tonight. 'Do you fancy coaching England?' one viewer asked, via Twitter.

"Yeah, it would be a great job I think actually," O'Gara answered.

"Yeah, what a team. There’s so much potential there.

"There's serious rugby players; serious passion for the game in England. It’s a cracking job, you'd love to have a go off that."

"Yeah, it would be a great job. What a team."#RugbyTonight pic.twitter.com/XpedpHOfZU

END_OF_DOCUMENT_TOKEN_TO_BE_REPLACED

Eddie Jones has been head coach of England since 2016 and has helped them to three Six Nations titles [one Grand Slam] and a World Cup semi-final.

O'Gara believes the Australian is in full World Cup planning mode and can only be judged on his full time at the helm until after the 2023 tournament in France. Exeter's Rob Baxter would also be in the running, as would Steve Borthwick, but O'Gara is certainly on the RFU radar after a coaching career that has seen him enjoy success at Racing 92, Crusaders and La Rochelle.

Many Munster and Ireland supporters would be hopeful, though, that O'Gara would return to these shores in a coaching capacity, sooner rather than later.


popular
From Ireland to Argentina: Alexis Mac Allister's Irish roots explained
World Cup 2022 Day 12: All the major action and talking points
France demand FIFA change result of World Cup defeat over 'rule break'
The World Cup 2022 team of the tournament so far
The FootballJOE Qatar World Cup 2022 Geography Quiz
Cristiano Ronaldo 'agrees £173m-a-year deal' with Saudi club
"Nowadays, even if I don't hit a ball, I don't care as long as we win" - Gleeson learning from the past
You may also like
1 week ago
"Two Irish players are best in the world" - Rugby reacts to big Josh van der Flier and Terry Kennedy awards
1 week ago
Two baffling omissions as four Ireland stars make World Rugby 'Dream Team' of the Year
1 week ago
Josh van der Flier claims World Rugby Player of the Year at Monaco ceremony
1 week ago
"Highlight of my Ireland career" - Behind the scenes as Jack Crowley and Ross Byrne covered for a legend
1 week ago
Bundee Aki reminded us all of his best qualities, on a night Ireland couldn't do without him
1 week ago
Peter O'Mahony delivered some fitting Jack Crowley comments after surprise Test start
Next Page