A week out from its' official launch and the Leinster and Ireland centre is looking good in his fresh kit.

Robbie Henshaw is decked out in the new Ireland home jersey and in front of a bright green, virtual back-drop. His beard is in good nick and hasn't got away from him during the lockdown period.

The 27-year-old will be hoping to do his bit, and more, for Leinster when the 2019/20 season resumes on Saturday against Munster, at the Aviva Stadium. Henshaw and Leinster could wrap up a Guinness PRO14 and European Cup double, but it will take a run of five straights wins  starting with the September league semis - to get there.

After that, and only after that [and a week to rest up the body], will finishing out Ireland's Six Nations campaign, and the proposed 8 Nations tournament, come into focus.

"Every player knows it's going to be hectic," says Henshaw, "but for us having this long period off, I think we're all in the same boat, itching to get back playing and keep going, improving and doing the best we can." 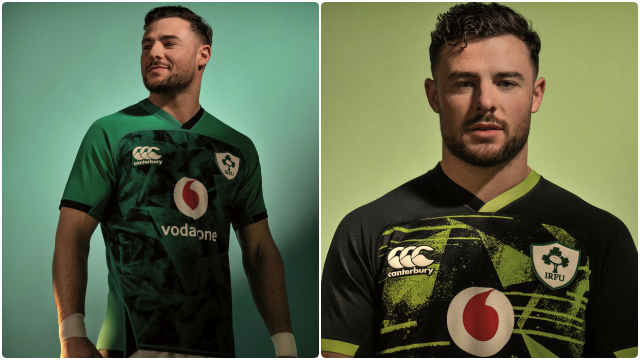 Henshaw went back to his family home in Athlone during the most intense part of the pandemic-enforced lockdown. A keen musician, he gladly accepted a song challenge when it was suggested to him.

"I learned, Grace by the Wolfe Tones. That was one of them. It was great to be back, parents were delighted to have me back for - I suppose it's probably the longest I've been home since school, living under the one roof. My dad was joking that we were all still speaking at the end of the 10 weeks, which was a positive. Obviously missed sport big time, but it was a good way to look back and reflect on previous seasons and things that went on over the past few years."

Henshaw was not alone in having a new-found appreciation for the place where he grew up, over these past few months. Still relatively young, it is almost a decade since he set off to Galway to pursue the dream of being a professional rugby player.

"I moved out of the house when I was 17 or 18," he says, "moved to Galway and hadn't spent more than three weeks with the family. That was the beauty about it, we were all back together, nearly like back to school days.

"Staying in a routine was a challenge, but reflecting on it, seeing people day to day, seeing school friends -at a distance - do a bit of training, bit of running with a cousin of mine and some good friends.

"We were doing three runs a week, following the Leinster-prescribed running sessions. So they weren't too happy with me, going through the gears each week, we were increasing the volume and it was definitely tough. It was great, though.

"Where I'm from we're close enough to the lake so myself and my old man did a bit of fishing. Basic things and enjoying them. That was the beauty about getting home." 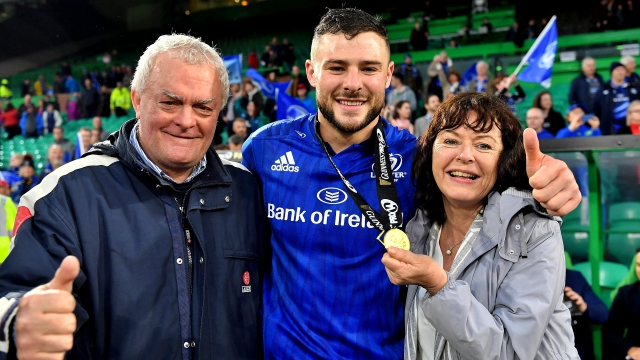 Robbie Henshaw celebrates with his parents Tony and Audrey after Leinster won the Guinness PRO14 Final in 2018. (Photo by Brendan Moran/Sportsfile)

While some of his Ireland teammates used the long break in the rugby season to pore over old match footage, Henshaw took pleasure in sitting back and watching some of his games as a fan, when they were replayed on TV. He took in Leinster's 2018 Champions Cup final win, the Aviva Stadium victory over the All Blacks and even caught Connacht's 2016 PRO12 final triumph over Leinster.

Having won two league titles with Leinster and one with Connacht, Henshaw is aiming to make it four in mid September. The Blues have already clinched a home semi-final but will be eager to reassert their dominance by turning over Munster, then Ulster, in the coming weeks. The centre is relishing a chance to pit his wits against what could well be a new-look midfield, featuring Damian De Allende.

"It's a great signing for Munster," says Henshaw. "He's a really experienced player and I think his physicality would be top of his list.

"As a centre he's the complete package. He's done it all now and coming off the back of winning a World Cup just shows what type of player he is. But it's not just his physicality, he's a really good ballplayer and he'll add a lot to Munster.

"If it's himself and Chris Farrell in the centre, that will be huge opposition to play against physically. Definitely that will be a challenge for all teams who will play Munster now."

De Allende and RG Snyman have both been given the all clear to feature in the match [Saturday from 7:35pm] so all the more reason to tune in. 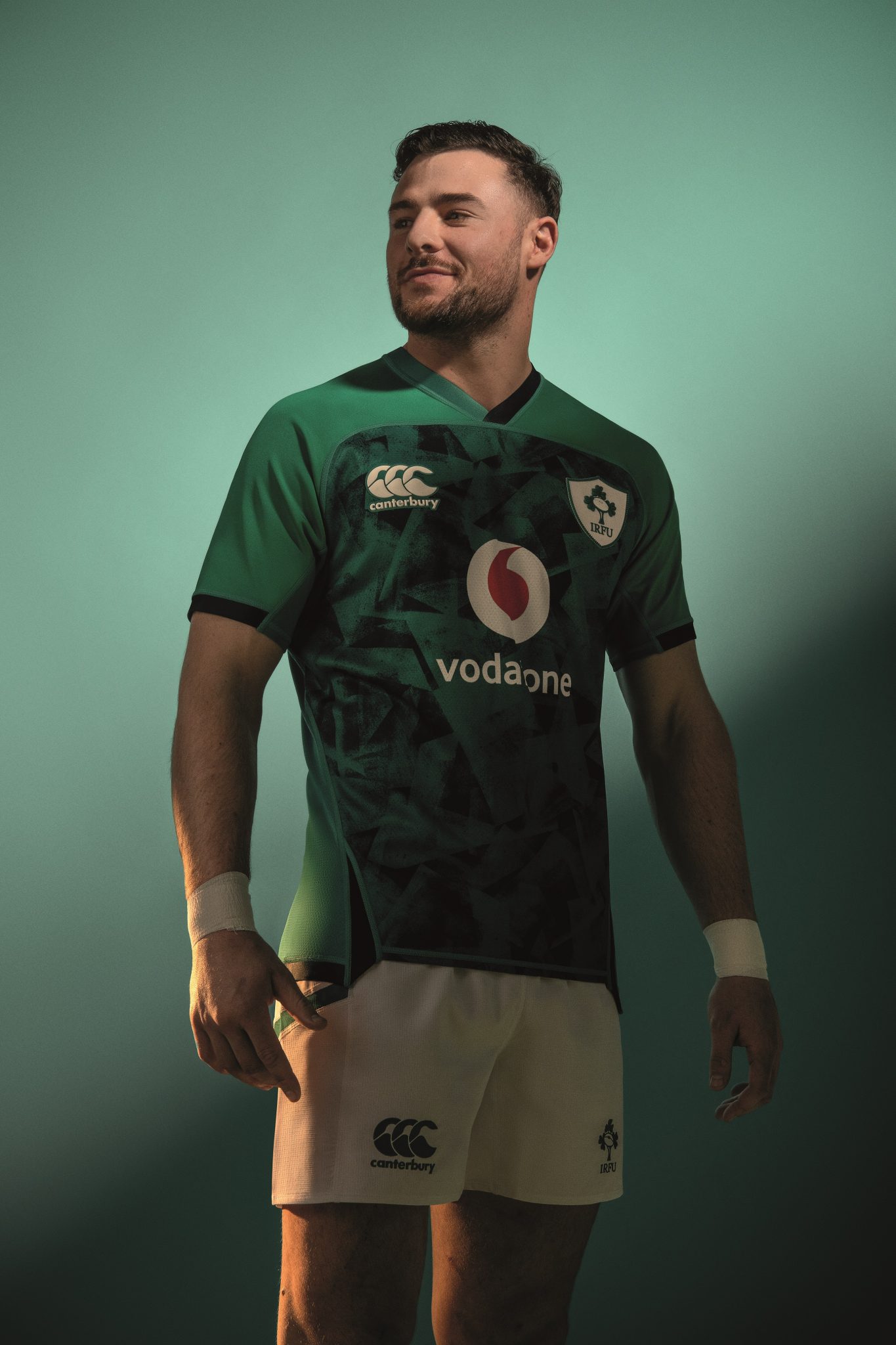 
popular
The SportsJOE 12 o'clock quiz | Day 213
You have five minutes to name these four footballers, but it probably won't be enough time
The Ireland XV that should start against Italy
Faith and Call of Duty - Lynch's Lockdown had a light at the end of the tunnel
"There's a nice bit of balance in that full forward line" - Mayo moving well
Joe Rogan doesn't agree with giving McGregor a rematch against Khabib
Khabib Nurmagomedov seen training in white belt as he begins Jiu-Jitsu training
You may also like
12 hours ago
"They were like rock stars to us" - Gary and Paul O'Donovan on their childhood heroes
14 hours ago
Bundee Aki on why he won't be shutting up any time soon
15 hours ago
The Ireland XV that should start against Italy
1 day ago
House of Rugby Ireland returns with new look, and new hosts
3 days ago
"I knew that if I got the opportunity, I'd never let it go again" - Gordon D'Arcy
3 days ago
Linda Djougang's journey from Cameroon to Irish Player of the Year nominee
Next Page