One of the Test certainties is not so certain any more.

As the British & Irish Lions jetted out to South Africa, a little over two weeks ago, there were only four players you could call Test certainties*. One of them was Robbie Henshaw.

With Alun Wyn Jones dislocating his shoulder against Japan, the players you would heavily bank on to start that First Test against the Springboks reduced by one. Henshaw, though, was pure sure to start if he stayed fit. Then, hamstring issues flared up again.

END_OF_DOCUMENT_TOKEN_TO_BE_REPLACED

The Leinster centre has often been pegged back from reaching his full potential due to injuries, as witnessed on the 2017 Lions Tour to New Zealand. He benefitted massively from the unplanned break afforded him, and his teammates, the first Covid lockdown, in Ireland.

Henshaw had been in decent form when the pandemic halted rugby for a six-month stretch. When rugby resumed, Henshaw stepped it up again. His partnership with Garry Ringrose flourished, for Leinster and Ireland, and he had become more of a threat with ball-in-hand.

In defence, it was the same old Henshaw again. A leader for his side and an inspirational figure, as evidenced by his thundering display in the 32-18 Six Nations win over England.

If anyone ever wants to know what Henshaw does for his team, and how he rallies them, look now further than these two tackles on Jonny May and Ollie Lawrence - on opposite wings - in the space of 15 seconds.

END_OF_DOCUMENT_TOKEN_TO_BE_REPLACED

It was no surprise when Robbie Henshaw made the 37-man Lions squad, and no surprise when the likes of Sam Warburton, Ian McGeechan, Sean O'Brien, Will Greenwood, and more, all had him in their Test starting XVs.

The surprises - although we should have seen it coming with Warren Gatland at the helm - were Chris Harris and Bundee Aki making the cut, with players like Ringrose, Jonathan Davies and Henry Slade left at home.

Aki and Henshaw started the win over Japan, at Murrayfield, and you could easily see them as centres for the Springboks games. Since then, though, it has been Harris pressing his case the most.

Henshaw's hamstring flared up, early into the South Africa tour, and he has missed the last three games. He will miss Wednesday's South Africa 'A' game. Including Wednesday's selection, these have been the centre pairings:

That Aki and Harris combination may now be the one Gatland goes to for the First Test. 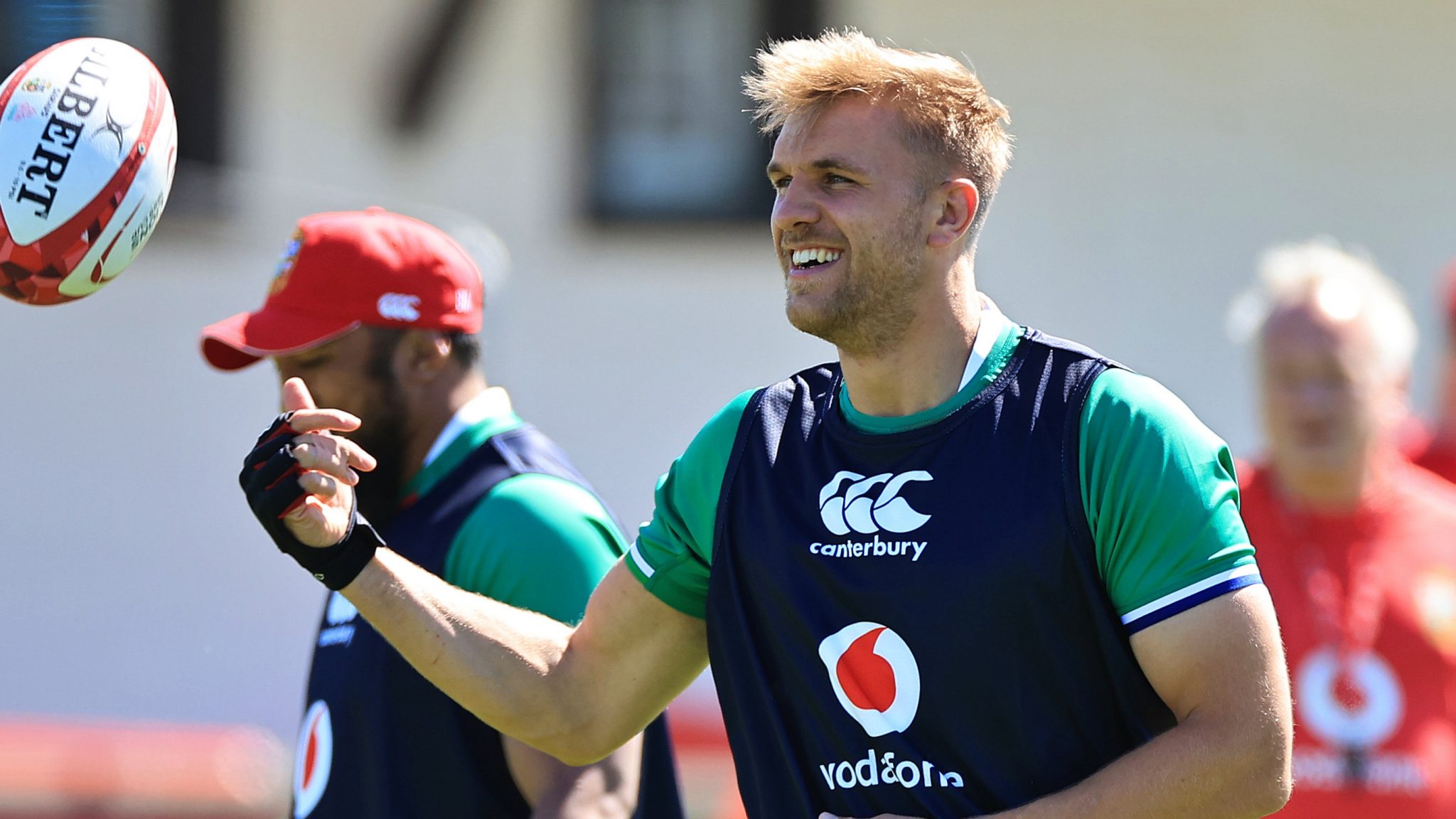 "Chris hasn’t played a huge amount at 12," Gatland said, "but he scored a nice try [agains Sharks] and backed it up with defending strongly and carrying well.

"The good thing about his game is he has been pretty much error-free so he’s definitely putting his hand up.

"For those three midfielders [Harris, Daly and Aki], it’s been a little bit of a challenge because with Robbie having that hamstring they’ve had to play and then be prepared to either back up the following game or sit on the bench. They’ve been brilliant and I think Chris has done really well so far."

Henshaw would be the preferred option - he works very well with Aki - but Harris has done everything that has been asked of him.

The Athlone native will have been straining to be involved, even off the bench, against what is a strong South Africa 'A' side, but the Lions' caution is merited. Henshaw will get his chance against the Stormers, Gatland confirmed:

"Robbie is back training. He hasn't taken a full part in all the sessions, but he is back. Look, if it was something else, we could have pushed him for Wednesday evening. But we decided to give him a few extra days, so he'll play on Saturday."

Another player that could, miraculously, join Henshaw in the squad for the Stormers game is Alun Wyn Jones.

The Lions' tour captain [up until his injury against Japan] is undergoing a double session with the Welsh national team's medical and conditioning staff today, in the hopes of being cleared to rejoin the squad.

If Jones wants to feature in the Test Series, he will need to log minutes against Stormers in the last of the warm-up games.

Two of the men you would have put sizeable wagers on have not have it handy, and are no longer certainties. However, as we have seen so far with this tour, one game, or moment could change it all again.

*The other certainties were Tadhg Furlong, Maro Itoje and Toby Faletau