"He's taken a pretty heavy bang to his shoulder."

There are plenty of fullback options for Andy Farrell, but switching Andrew Conway to the 15 jersey makes the most sense.

Leinster head coach Leo Cullen was never going to provide a complete medical diagnosis when he shared his post-match thoughts on the the Leinster Rugby social channels, on Saturday.

END_OF_DOCUMENT_TOKEN_TO_BE_REPLACED

However, anyone that watched how Jordan Larmour crumple after making a second half tackle against Benetton Treviso would tell you the 23-year-old would be out of action for a while. Judging by the reaction of player and the Leinster medics, Larmour had done some serious damage to his shoulder. It is a suspected shoulder dislocation, for now, but Leinster will provide an official update after a training run today.

In all likelihood, we will not see Larmour again until 2021. It is a real shame for the player, as well as his province and country, as he was set for a sustained run in Ireland's No.15 jersey in the Guinness Six Nations and the Autumn Nations tournament.

With Rob Kearney packing his bags for his new job with the Western Force, in Australia, and Will Addison still sidelined by back issues, it leaves the fullback position up for grabs.

As it stands, Ireland have six players in the current squad that have either played fullback for their province or country (or both). Jack Carty is an outside bet while Robbie Henshaw is worth serious consideration, even though Farrell may stick with him in midfield. 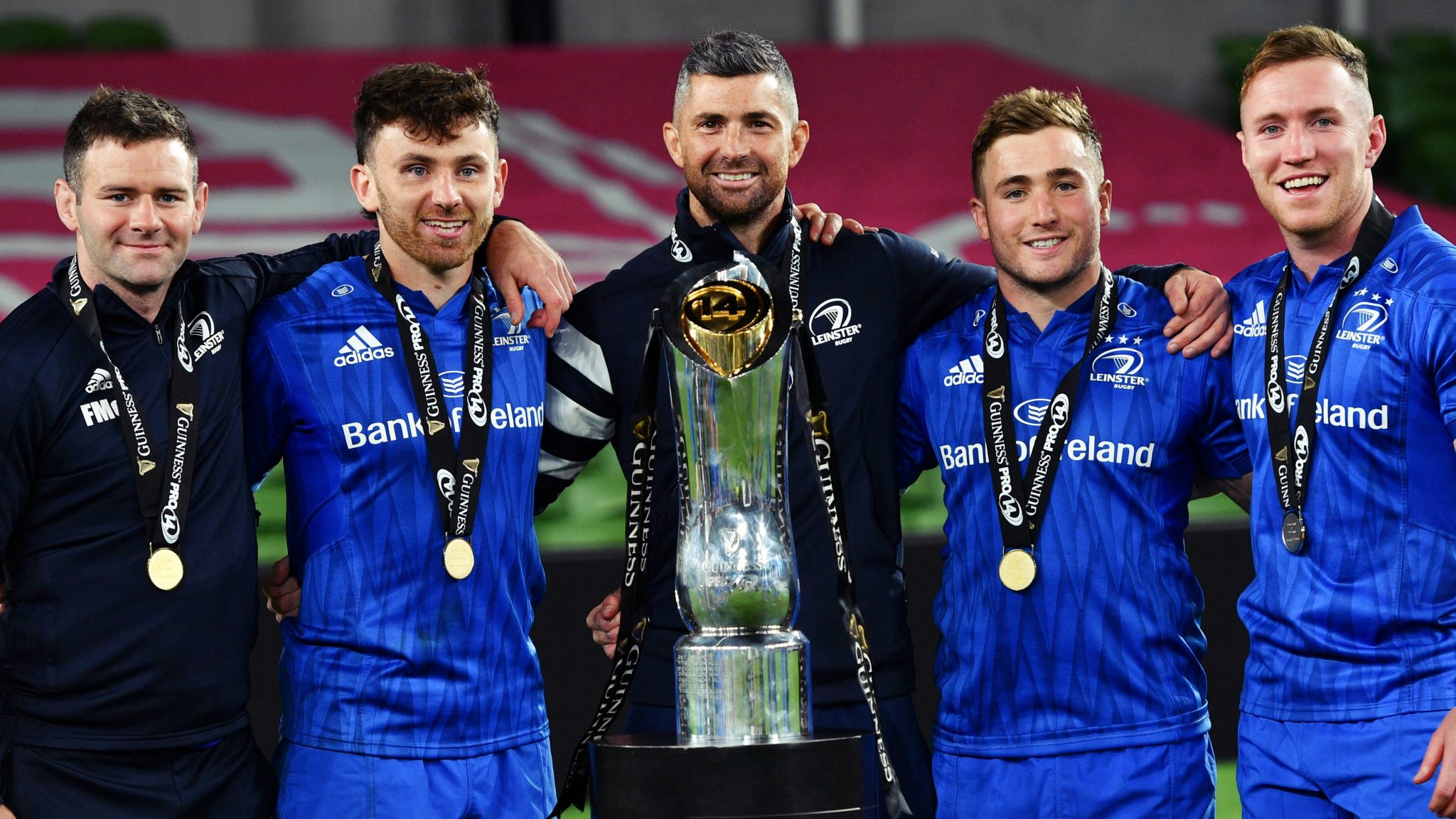 END_OF_DOCUMENT_TOKEN_TO_BE_REPLACED

Hugo Keenan [Leinster] and Shane Daly [Munster] are suddenly in the mix for the Italy game, on October 24. Such has been Keenan's form in the past 12 months that he holds the edge over Daly at present.

Andrew Conway would have been our shout to play the two Six Nations games against Italy and France at fullback, even before Larmour picked up his injury. Larmour looks better suited to playing on the right wing and Conway is assured under the high ball and capable of smart, swift couner-attacking trysts.

END_OF_DOCUMENT_TOKEN_TO_BE_REPLACED

However, with Larmour set for a prolonged spell out and both Keith Earls and Dave Kearney injured too, the ideal move is to keep Conway on the right wing and give Jacob Stockdale [another fullback option] two starts in the No.11 jersey.

Looking at the squad picture a whole, then, and Henshaw is the best option. Bundee Aki and Garry Ringrose are both in great form and should be the midfield pairing for Ireland's opening games, with Chris Farrell providing squad cover.

That would mean either putting Henshaw on the bench to cover a few positions across the backline or assessing what is the best for Ireland and handing him the 15 jersey. Henshaw has only started two Ireland games as fullback but has a lot of experience in the role from his Connacht days and has filled in there late in Ireland games when injuries and replacement calls dictated.

Going with a British & Irish Lions centre as fullback for two games Ireland realistically need to win is not the way Andy Farrell would have planned it. As the past eight months have proved, making plans well in advance can only lead to frustration.

It is best to take a moment, look around and go with the next best option. For Ireland, and for now, that is Henshaw with someone like Keenan on the bench.


popular
QUIZ: How many of the 10 most successful football counties can you name without making a mistake?
Conor McGregor and Floyd Mayweather 'in talks' about a rematch
Éamonn Fitzmaurice explains Aidan O'Shea's best position and how it can be used against Kerry
Matt Le Tissier says he asked Sky Sports why they never sacked Jamie Carragher
Patrick Vieira claims he was 'much better' than Roy Keane in new interview
Steve McClaren issues warning to Man United players
You'll have to be red-hot to get 20/20 in this 2010s footballers quiz
You may also like
1 week ago
"Hopefully we'll come away with a gem" - Joe McCarthy potential sealed Ireland selection
1 week ago
Andy Farrell had an interesting take on Irish provinces being outmuscled in big games
1 week ago
Nathan Collins stuns Ukraine with goal sweeter than Michael Obafemi's
1 week ago
"I got sent the clip!" - Mack Hansen wasn't letting Greg O'Shea forget his Ireland comments
1 week ago
Ireland team Andy Farrell should start in First Test against the All Blacks
1 week ago
Five new faces in 40-man Ireland squad to tour New Zealand
Next Page