Healy was mighty impressive while Henshaw had his best game of the season.

Leinster came up against a formidable Saracens side, in the Champions Cup final, but in Cian Healy and Robbie Henshaw they had two men that more than held their own.

Injuries have taken bites out of each of Henshaw's last three seasons. Such is the abrasive nature of his game that it may be something the Athlone native has to live with.

He can be up there with the very best, on his day, and he was wired to the moon against Saracens.

He secured a crucial turnover in the opening 15 minutes to set the tone for a tenacious and ever-ready defensive performance. Owen Farrell was up-ended by the Leinster centre on a couple of occasions and Alex Lozowski was rushed into an error by Henshaw's aggressive press. Those were just three of the 13 tackles he stuck. In attack, he made 43 metres off 14 carries, seven of them getting over the gainline and with three defenders beaten.

Brad Barritt, his opposite number, was named man of the match and there must have been a queue of Sarries players just behind. Given the way the English side closed out their 20-10 victory, nobody would have disputed if that accolade was shared four or five ways.

Henshaw was the best player in blue, on the day. A day when you can give your all on the biggest stage, and perform superbly, yet still finish with a losers' medal and something gnawing away in the pit of your stomach. 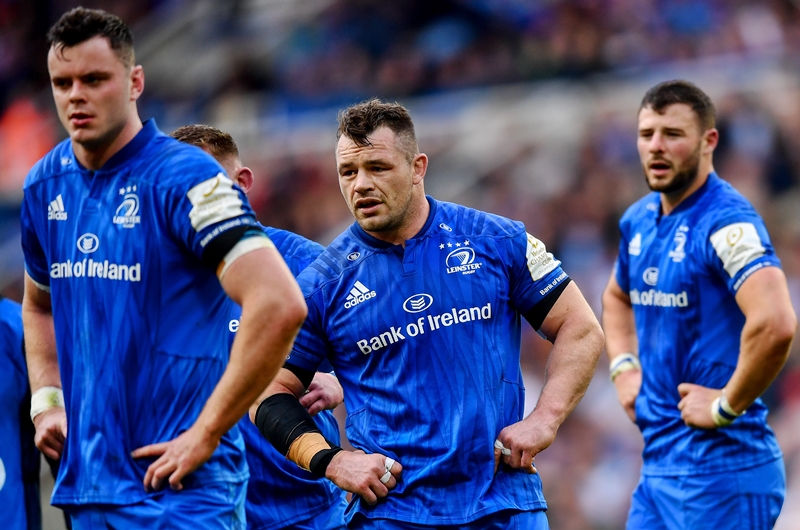 Healy was not far behind. 12 carries made, nine tackles hammered home and a few big moments that roused the blue swathes in the stands.

END_OF_DOCUMENT_TOKEN_TO_BE_REPLACED

It is only two years since he was left behind as the Lions toured New Zealand. No-one was clamouring for his inclusion on that tour, but he was every inch a Lion on Saturday.

The loosehead was an extra loose forward for Leinster throughout a gruelling and taxing final. He ran himself to a stump for 62 minutes and made one great burst up the right wing that should have led to a second half try (before Liam Williams gambled and swallowed Garry Ringrose whole).

For his shift, Healy carried as if he was fleeing his beloved dog from a burning building. Arms wrapped tight, head down and legs pumping furiously. On a day when Leinster struggled to get front-foot ball with any consistency, Healy was the exception.

In defence, too, he went high, low and straight into rib cages to fell the likes of Itoje, Wray and Billy Vunipola.

Some days you can play like you always hoped you would in a big final. You can do that on some days and still look at the other guys lift the trophy.

For Healy and Henshaw, Saturday in Newcastle was one of those days.


popular
Rory O'Connor gets Wexford out of jail as Shanagher throws it back
Conor McGregor sends message to new UFC lightweight champion
Alisson gives moving post-match interview after scoring late winner for Liverpool
The SportsJOE 12 o'clock quiz | Day 352
QUIZ: Can you name these La Liga cult heroes?
Burnley report Leeds' Ezgjan Alioski over gesture made towards Dwight McNeil
'Stop, stop, STOP!' - Texas crowd left stunned as UFC legend has arm snapped
You may also like
2 weeks ago
Leinster run out of steam as Ronan O'Gara's La Rochelle reach Champions Cup final
2 weeks ago
One more outstanding game and Jack Conan could be a Lion
4 weeks ago
Madigan, McFadden and Henry on one game they'd change if they could go back
1 month ago
Rating the chances of Leinster's 16 Lions hopefuls
1 month ago
Leinster coach Robin McBryde on Lions honour and facing Springboks 'Bomb Squad'
1 month ago
Leinster announce signing of Michael Alaalatoa from Crusaders
Next Page