"Joe Schmidt pulled me aside before the game and he said, 'You need a big one today!' ... It wasn't ideal, but it was good."

Back in November 2016, Rob Kearney was feeling the heat and there were doubts over his suitability to wear the No.15 jersey.

From 2008 to 2013, Kearney was up there as one of the world's best fullbacks. A star of the 2009 Grand Slam and the Lions Tour to South Africa and the European Player of the Year in 2012, he was one of the first names on the team-sheet for Eddie O'Sullivan, Declan Kidney and then Joe Schmidt.

He made the 2013 Lions Tour to Australia but was hampered by a hamstring problem that would dog him until this very day. Every time he'd be looking back to top form, he'd have an injury enforced spell on the sidelines. It might only be three or four weeks but it'd be a momentum-killer.

Heading into that All Blacks game, at Soldier Field, there were serious grumbles when Kearney got the nod to start at fullback. Schmidt showed faith and - after that dressing room gee-up [above] - was rewarded with his best Irish game for some time.

Three years on and the big team selection debates are over who starts in midfield and at fullback against New Zealand. Kearney has scored three tries in his last three outings but Jordan Larmour is doing everything he can to force him out.

The fullback selection call was covered on the latest episode of Baz & Andrew's House of Rugby [from 26:00 below] with Andrew Trimble and Jerry Flannery taking different sides of the argument. 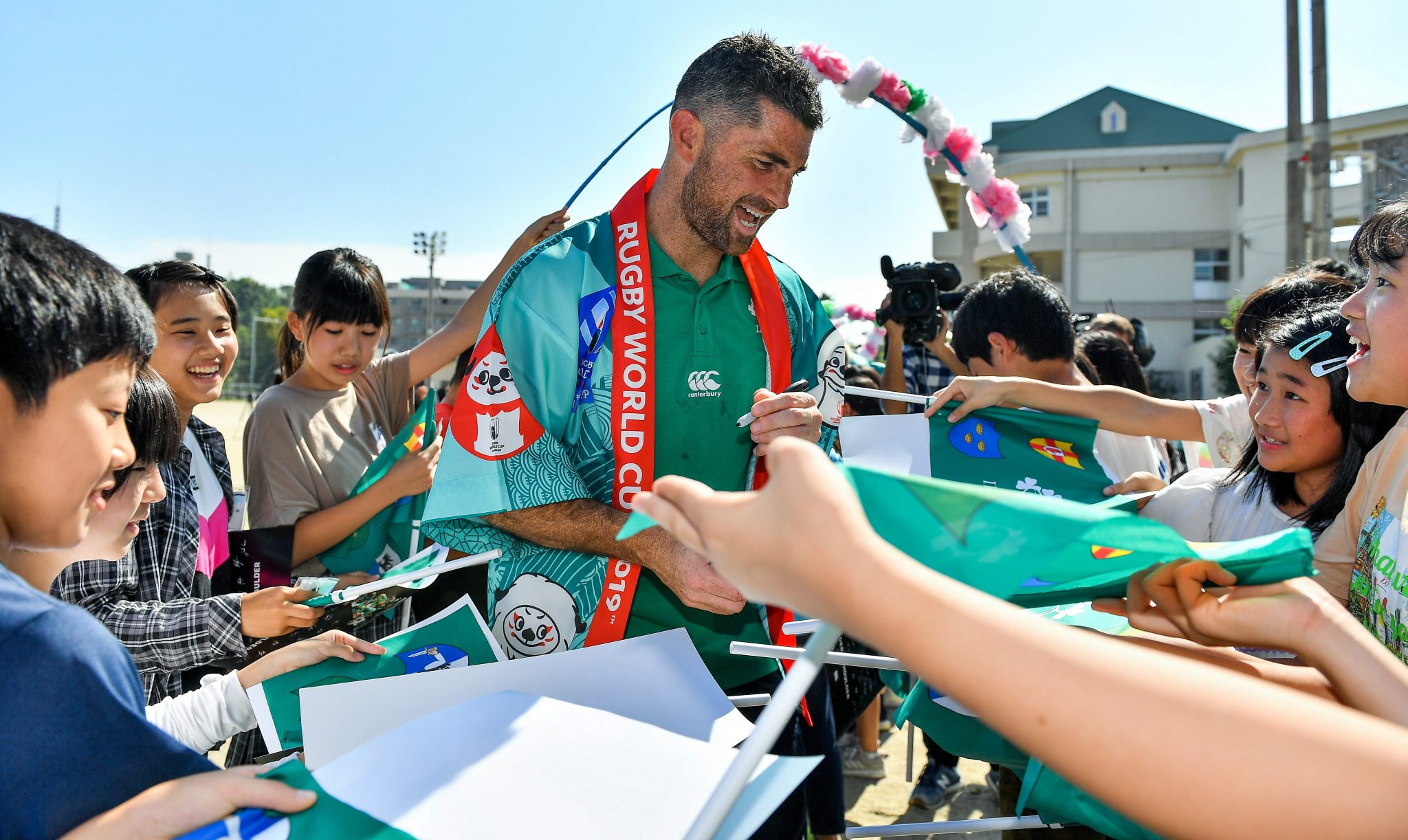 END_OF_DOCUMENT_TOKEN_TO_BE_REPLACED

"Larmour was unbelievable against Samoa; he was brilliant. Making line breaks, stepping lads, making offlads, scoring tries. Grand against Samoa but this [New Zealand] is a totally different game. He did all he could possibly do, though."

"But when will he ever get a chance?" Flannery asked. "If you were Jordan Larmour and you played that game... I thought his fundamentals were pretty decent and then you've got that magic on the edge. When Johnny Sexton got the ball, before his first try, he just thought, 'Oh I've got Jordan on my outside'. Jordan just stepped a guy on the outside, hot his hands free and passed back inside for Johnny.

"I completely get that Rob is so dependable and his fundamentals are outstanding but, at some stage, if you're that player [like Larmour], you just say, 'Well, every time you pick me, I deliver'. He was very good against Scotland and good against Samoa too."

To Flannery, form may edge Larmour into that position ahead of Kearney but Schmidt may well be tempted to back one of his most trusted lieutenants.

Back in the Six Nations, Larmour struggled badly, at fullback, with England's kicking strategy and Kearney has looked our most assured defender in the 15 jersey.

Saturday may see Schmidt go with his old reliable, Kearney with Larmour in reserve and covering all back three positions. This and right wing [Keith Earls or Andrew Conway] are the two big decisions for Schmidt and his coaching staff to tackle over the coming days.


popular
QUIZ: Name the last clubs these footballers played for before joining Manchester United
SportsJOE 2000s Football Quiz | Round 1
The SportsJOE 12 o'clock quiz | Day 68
The SportsJOE 12 o'clock quiz | Day 67
QUIZ: Name the footballers to have played for Manchester United & Real Madrid
QUIZ: Name these footballers based on their former teammates
QUIZ: Name every All-Ireland football winner of the last 33 years?
You may also like
3 days ago
'We knew how much it meant to them' - Conrad Smith on Croke Park history lesson
4 days ago
"I was like, 'Your ribs will be broke, alright, if I get my hands on you again!'"
4 days ago
Baz & Andrew's House of Rugby - Mike Brown on past battles with Ireland
4 days ago
Online media excluded from another important IRFU briefing
5 days ago
"Just to clarify, it was an accident" - Mike Brown on Conor Murray incident
1 week ago
QUIZ: Guess the footballer from their Wikipedia page | Irish edition
Next Page