Michael Cheika has been employing some mind games ahead of tomorrow's Rugby World Cup final, but it seems the wily Wallabies coach has also been thinking about the actual game.

As well as avoiding referring to their opponents as "the All Blacks", Cheika has some plans for the New Zealand players, which include getting Kieran Read "rattled", being aware that Ma'a Nonu likes to step inside when playing against a fast defensive line and an intention to "expose" the opposition's lethal wingers, Julian Savea and Nehe Milner-Skudder. 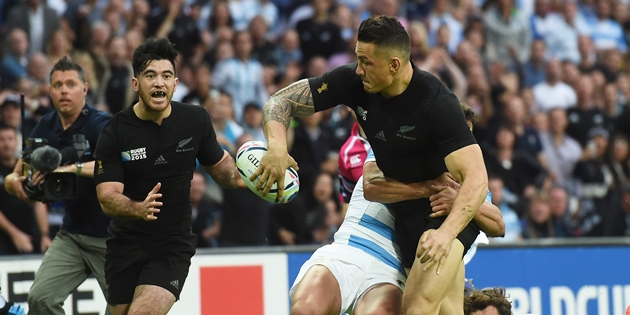 END_OF_DOCUMENT_TOKEN_TO_BE_REPLACED

That is the secret to beating the defending champions, if the notes in scrum coach Mario Ledesma's hands at the captain's run in Twickenham are anything to go by.

Australia have only beaten New Zealand five times in their last 25 meetings, most recently recording a 27-19 win in Sydney back in August.

The Daily Mail have taken a closer look at Ledesma's notes and this is what they say:

Kick receipt shift off edge, forwards then snap to Snow or play

Nonu steps back on the inside when linespeed against

Turnover spark in attack and defence

... with ball in hand, keep finding our shap. (Turnover kick long if space, or maintain..."

END_OF_DOCUMENT_TOKEN_TO_BE_REPLACED

Some of it is quite coded, but focusing on turnovers and trying to test Savea and Milner-Skudder in defence would be in keeping with how Australia reached the final, emerging from the toughest pool of all time, playing very offensive, entertaining rugby.

Owning the airspace will depend a lot on the fitness of full-back Israel Folau, while sticking the in-form David Pocock under the restarts makes perfect sense.

Rattling Read however could be easier said than done...


popular
Sean Dyche set to be named Everton manager after Marcelo Bielsa talks break down
Roy Keane flatly rejects longstanding perception of ex-Man United midfielder Paul Ince
Allianz National Football League Round 1: All the action and talking points
Conor McGregor hit by car ‘at full speed’ while cycling
Roy Keane leaves ITV pundits in stitches after Pep Guardiola's pre-match interview
Quiz: Identify these 15 football clubs that are not named after a place
"I don't like to fill my time that way" - O'Hora going his own way in an era of obsessives and covering all bases
You may also like
3 years ago
"It was a complete and utter shock when Joe's name came up on my phone" - Devin Toner
3 years ago
Sinckler a stand-out, but more consistency needed - Flannery
3 years ago
"We haven't got a long-term or short-term estimate of when Joey is back" - Stephen Larkham
3 years ago
House of Rugby team agree on seven players in World Cup 'Best XV'
3 years ago
Pieter Steph Du Toit locks down World Player of the Year award
3 years ago
Kyle Sinckler knocked out by Maro Itoje elbow after only two minutes
Next Page